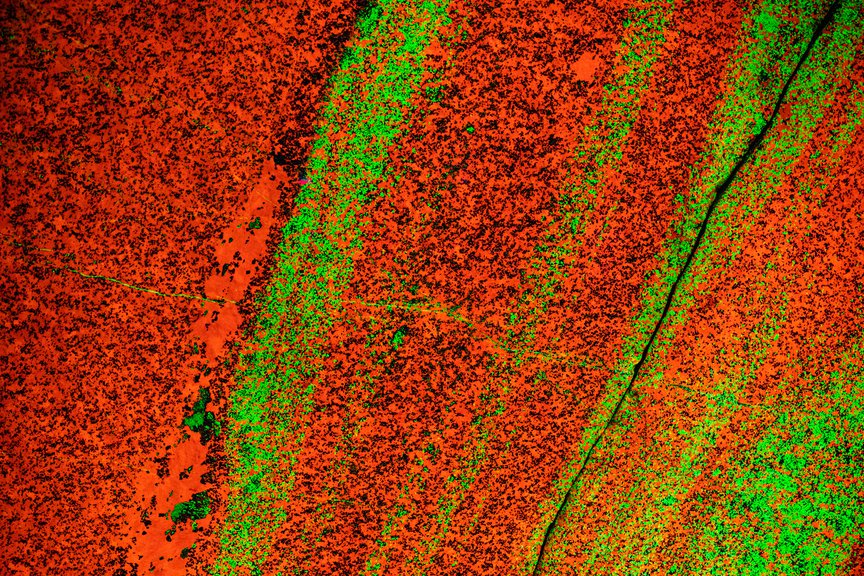 For generations of New York City residents, the American Museum of Natural History was home to an indoor playground, tucked away in a cul-de-sac past the Blue Whale and Cape York Meteorite. Technically, of course, that playground was the museum’s Hall of Gems and Minerals, but the 1970s-era carpet and ramp-strewn exhibit made the room irresistible to toddlers, as well as to parents and babysitters who needed a break.

Dr. George Harlow, the museum’s curator for gems and minerals, says the hall had a reputation among staff.

“It was the ‘Nanny Hall,’” Harlow said. “Because it’s a cul-de-sac. They’d turn the switch off on their head and just make sure the kid didn’t escape.”

Read More: We’ll Miss The 1970s Vibe Of The AMNH Halls Of Gems And Minerals

But while the newly-renovated Allison and Roberto Mignone Halls of Gems and Minerals still only has one way in or out, the ad-hoc playground is no more. After the hall closed for renovations in 2017, the ramps and carpet were torn out and replaced with stone floors, and the alcoves swapped out for glass display cases and enormous specimens, like a 12-foot-tall geode and a wall-sized marble slab from Ogdensburg, New Jersey that glows fluorescent green and orange under an ultraviolet light.

Removing the kind of 1970s flair does make the hall look like a more traditional museum exhibit. For Harlow, however, the changes represent a philosophical shift in how the museum handles its mineral collection, by presenting their “evolution” much as the nearby Hall of Human Origins depicts the development of our own species’ ancestors.

“I thought it was important to tell the story of the environments in which minerals form and how minerals relate to history, our history, our culture, our technology,” Harlow said.

The new exhibition hall approaches that in a few ways: a side room devoted to precious stones has old favorites like the “Star of India” sapphire, but now also displays raw gems next to examples of finished and cut stones. Another case in the main hall is dedicated to objects found and made in the New York City region: samples of sediment from Staten Island, a Civil War-era artillery shell made from iron ore mined in Cold Spring, NY, and the Subway Garnet, a massive red stone unearthed by workers building Manhattan’s sewer system in 1885 (and given a flashier name by collectors).

“No place has been excavated quite like Manhattan has,” Harlow said. “It’s like a giant quarry. Every time you build a building, you dig down and you get stuff.”

Read More: This Gigantic Rock Jammed Between Two Buildings Is A Huge Part Of NYC History

Many of the informational displays have gotten upgrades, too. The crowded text cards have been replaced by touchscreens and QR codes that, when scanned with a smartphone, allow visitors to look at the specimens from different angles and to read up on specific objects. All that gives the gems and minerals a little more elbow room.

The AMNH’s new Halls of Gems and Minerals opens on June 12th.

MTA Bus That Crashed Into Brooklyn Townhouse Is Still Stuck