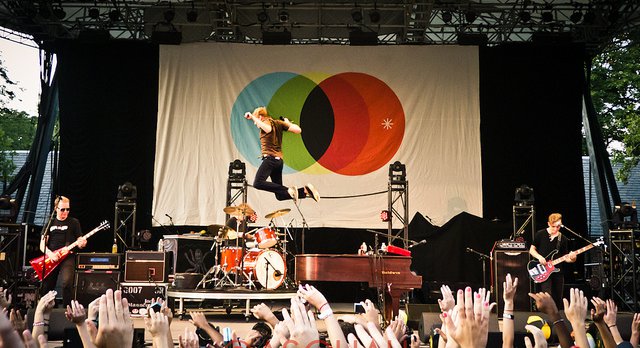 NYC has pretty much been a live music desert for the last year and a half since the start of the pandemic, but a great thunderstorm of concerts is upon us: festivals like Governor’s Ball are coming back, new venues including Brooklyn Made are popping up, and regular clubs are starting to book artists for the fall and beyond. But if you just can’t wait to get the rush that only comes from standing way too close to a giant amplifier, we’ve got some good news: SummerStage and Celebrate Brooklyn are coming back in just a few weeks with free concerts all summer long.

There are also some ticketed concerts all in Central Park, including George Clinton & Parliament-Funkadelic on June 27th; Machine Gun Kelly on September 13th; Dawes on September 17th; Indigo Girls & Ani Difranco on September 21st; and more.

You can check out the full lineup (including dance performances and a couple film showings) and COVID/ticketing information—which go on sale on Monday—here.

READ MORE: A Brief History Of SummerStage In Central Park

You have to RSVP to attend any of the free shows, and show proof of vaccination or negative COVID test—RSVPs start on July 1st, and get more info here.

Many bands preemptively cancelled or rescheduled their summer touring plans last year or earlier in 2021, waiting to see when capacity and social gathering guidelines would change—that’s why you’re seeing so many tours starting to be announced for the fall and winter of this year. Most venues aren’t scrambling to fill their clubs just yet, but SummerStage and Celebrate Brooklyn have the advantage of being mostly outdoor affairs.

If you’re looking for more summertime musical fun, the other big exceptions are City Winery, which has a slate of folk artists, cover bands and comedians on their lineup for June and July; and Forest Hills Stadium, which will host a bunch of huge indie lineups including Brandi Carlile on July 23rd; Bright Eyes, Waxahatchee and Lucy Dacus on July 21st; Wilco and Sleater-Kinney on August 21st; and My Morning Jacket with Brittany Howard on September 10th and 11th.

More than a third of the state’s residents are now fully vaccinated against COVID-19, including more…

Stars: they’re just like us! While Lupita Nyong’o was preparing for The Public Theater’s radio play …