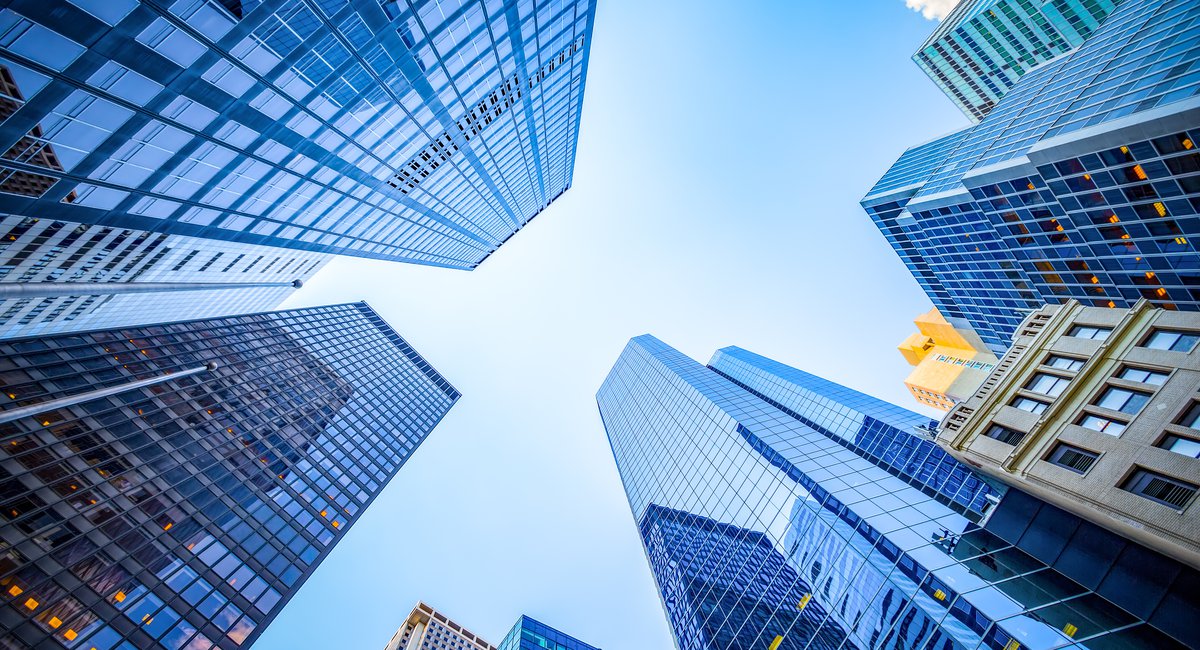 It started with a few big names. JP Morgan Chase opened its offices to 50% of capacity in May before asking everyone to come back on a rotating basis in July. Goldman Sachs announced it wanted its U.S. workers to return to the office by June 14, also with flexibility. And Facebook is reopening in July at 25% capacity.

In a survey of New York City companies, taken near the end of the winter, more than half expected to reopen their offices in September. But those who work in the construction and HVAC industries tell Gothamist/WNYC more clients are exploring whether to reopen sooner on a voluntary basis. And one architecture firm is now reopening after the July 4th holiday instead of waiting until after Labor Day.

“We’re excited. We’re hoping that this is the beginning of something new,” said Daniel Hueberger, a principal at DattnerArchitects.

He said about 10-15% of his 110 employees have been coming back regularly with social distancing and masks. The decision to reopen in July came In April, when he said they “saw a light at the end of the tunnel” as vaccination rates went up. Then came Governor Andrew Cuomo’s lifting of most capacity restrictions in May and the new CDC guidelines for fully vaccinated individuals to resume most activities without masks or social distancing (in New York, masks are still required on mass transit and other settings). But Hueberger said the process will be gradual.

“Architects, we work in teams,” he explained. “Everyone will come in as a team one day a week. We’ll see how that goes, give people an opportunity to get used to coming back to the office agan and taking public transportation and all of those things.”

If things go well, he said each team will come twice a week, and then three days a week.

Experts said many other companies are planning a similar “soft reopening” over the summer. “Now that vaccination rates have gone up, we’ve seen clients that thought they weren’t going to come back for, most say, Labor Day of 2021, have opened their offices again,” said Robert Leon, executive vice president for the construction management firm STO Building Group.

Leon declined to name his clients but said their workers were told to come back on a voluntary basis over the spring and summer, and that their leaders are “promoting it and encouraging it” without any mandates. He said the financial and consulting sectors are looking to get back to the office “sooner rather than later,” but that law firms, media, and tech companies are “happy with Labor Day,” even though Facebook is welcoming people back sooner.

More than a year after the pandemic struck, there are estimates that Manhattan offices are still below 20% of normal occupancy. Many companies have a small share of staffers on the premises while the rest work remotely.

Leon said he returned to STO’s W. 34th Street office last year along with about 25% of his staff. Like many places, they upgraded filtration and ventilation, added temperature checks, socially distanced, and required mask-wearing. But it wasn’t the same. Because his company works in teams, he said, “we feel that part of working together is most productive face to face.”

He’s now ready for 100% of his 350 staffers to return, though he emphasized there’s no mandate. “If everyone wanted to come back to the office, we’re definitely prepared for that,” he said.

Currently, he said about 80% are coming in regularly or going to other regional offices in New Jersey or Connecticut, while about 15-20% prefer working from home. He said some might be afraid or reluctant, or they could have childcare and other needs.

In their letter to employees, the leaders of Goldman Sachs also said they want to give people “the flexibility they need to manage both their personal and professional lives” as they seek a full return by June 14th. They said they’d “continue to consider the potential for rotational schedules, where applicable,” while managing capacity in the offices, and cited the benefits of working together again in-person.

“We know from experience that our culture of collaboration, innovation and apprenticeship thrives when our people come together, and we look forward to having more of our colleagues back in the office so that they can experience that once again on a regular basis.”

City Hall has been cheering these reopenings. In May, the city ordered the rest of its municipal workforce to return to the offices, at least one day a week. Some city employees worried they were putting their lives at risk by taking mass transit. The pace of reopening this spring jolted some New Yorkers when Governor Andrew Cuomo allowed restaurants and bars to up their capacity last month, and then did away with mask requirements in most indoor settings for vaccinated people.

But New York City’s economy depends on office workers to shop at stores and eat at restaurants. And with Manhattan offices still mostly vacant, that can affect the value of commercial real estate and, eventually, tax revenues. Companies may also opt for a smaller footprint if they decide they don’t really need everyone to be physically present at all times, a big worry for the real estate industry.

The Partnership for New York City is now finishing another survey of companies to determine who’s reopening and when. President and CEO Kathryn Wylde said she’s heard many companies are working on “soft reopenings during the summer as the vaccine numbers ramp up,” and now that the Centers for Disease Control and Prevention mask guidance has changed for vaccinated individuals.

“Most have a phased plan starting in the summer, ramping up in the fall, and ultimately going to a hybrid model where people are in the office three or four days a week on a regular basis,” she added, in an email statement. She said some employers are offering vaccinations and free lunches, and that the Partnership has been identifying best practices “and encouraging sharing those practices and developing uniform standards.”

The International Well Building Institute offers a seal companies can buy if they agree to various safety measures, but it’s a for-profit enterprise. William Esposito, a doctor of public health who founded the environmental consulting group Ambient Group, said there are no EPA standards for filtering air or ventilating offices. He works with companies to install HVAC systems (his clients include Gothamist/WNYC) and said companies are also considering what role vaccinations should play in reopening.

Nor is it clear how much of an impact these soft reopenings will have during the hot summer months when New Yorkers take their vacations. “New York City in the summer is largely a shell of its former self,” said Victor Rodriguez, director of analytics for the CoStar Group, which provides commercial real estate information. He was referring to the time before COVID. As the city recovers from the pandemic, he said the reopenings will have a bigger effect in the fall.

“The post-Labor Day kind of ‘recharge your batteries,’ that is more likely to see a larger uptick in office usage,” he said. “But the question remains how big of an uptick will that be? Will that be going from 16% to 40%? Or something a little bit more conservative, like 16% to 25%? Or will there be a change that’s very minimal? I think we’re all waiting to see that moving forward.”

And transportation remains a big obstacle, with the ongoing debate over subway safety. “I think the government is going to need to convince people to ride the subways again and mass transit,” said Esposito, adding that some of his clients are reluctant about fully reopening because their workers are also scared of the health risks of being crammed into tight quarters on trains and buses.

Leon, who works near Penn Station, said his office hired a security company last year to escort employees coming and going after one was punched and another was robbed. He said the neighborhood felt desolate and unsafe.

But now, he said things feel a little busier. “We need the foot traffic, the people back in the offices to support those *businesses,” he said, adding there’s “safety in numbers” and that can make everyone feel better about returning.

Following a tour through New Jersey and Pennsylvania, Shuffle Along made its groundbreaking Broadway…