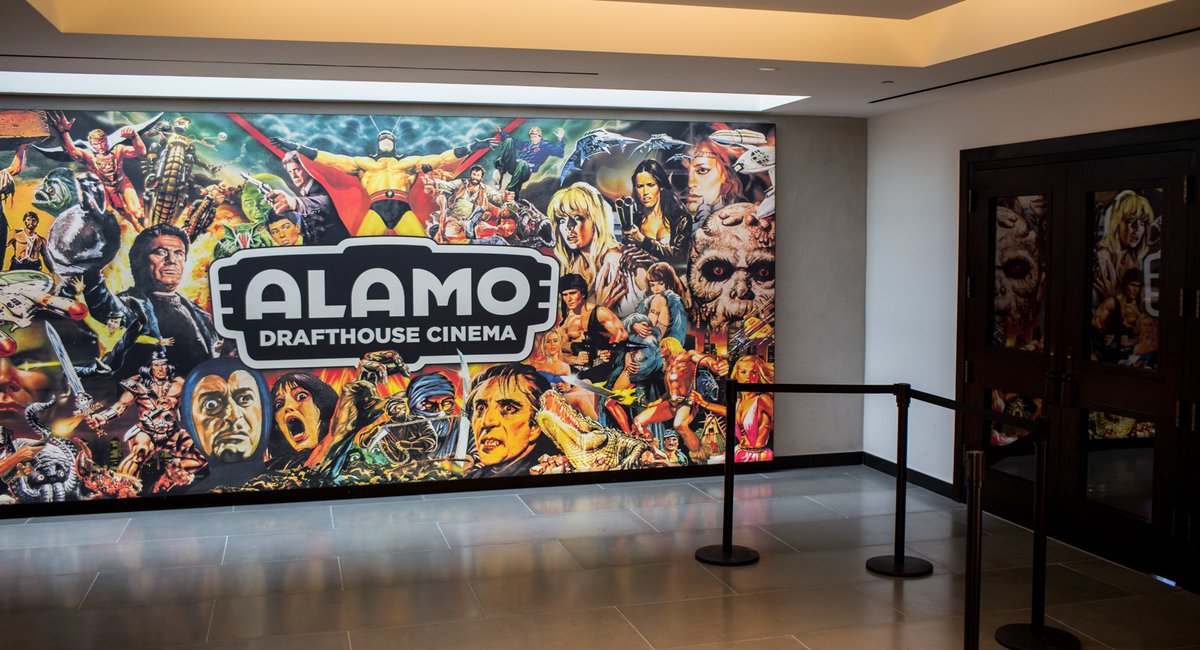 Around this time last year, cinema fans were panicking when beloved dine-in theater chain Alamo Drafthouse announced that they were filing for bankruptcy and permanently closing several locations around the country, including their flagship one in Austin. Despite the ominous news, the company insisted that this wasn’t as bad as people thought, and it would actually help them expand eventually. And it seems that time is now: Alamo Drafthouse announced this week that they’ll open five new locations, including ones in Manhattan and Staten Island.

The company, which filed for Chapter 11 this past March as it tried to stay afloat amidst the pandemic closures, will now open five new theaters after completing its sale to Altamont Capital Partners. That includes one in St. Louis, two in Washington D.C., one on Staten Island near New Dorp Beach, and their first one ever in Manhattan. This will bring the total number of Alamo Drafthouse locations in the country to over 40.

Of course, Alamo has had plans in the works to open a location in Manhattan for years now. First it was set to happen at the old Metro Theater on 100th Street and Broadway in Manhattan Valley, but that plan fell through. Then they announced in 2018 that they would open a location at 28 Liberty Street in Financial District, which was supposed to happen in 2019 but never materialized.

Variety confirmed that the new location will indeed be that previously announced one in the Financial District; the 14-screen multiplex will also be home of the Press Room, a new museum, letter press print shop, bar and event space.

“The Press Room will feature an astounding collection that will serve as a museum of film and advertising history,” Tim League, the company’s founder and executive chairman, told them. “And with 14 screens, we will be able to support the important New York openings of a vast array of films. We’re so excited and can’t wait for New York movie lovers to see what we have in store for them at our Lower Manhattan theater.”

These will make for three Alamo locations in NYC; their Downtown Brooklyn location opened in 2016.

How To Watch & What To Watch For At Wednesday's Mayoral Debate

Vessel, the hulking Shawarma-like installation in Hudson Yards which closed down in January after a …