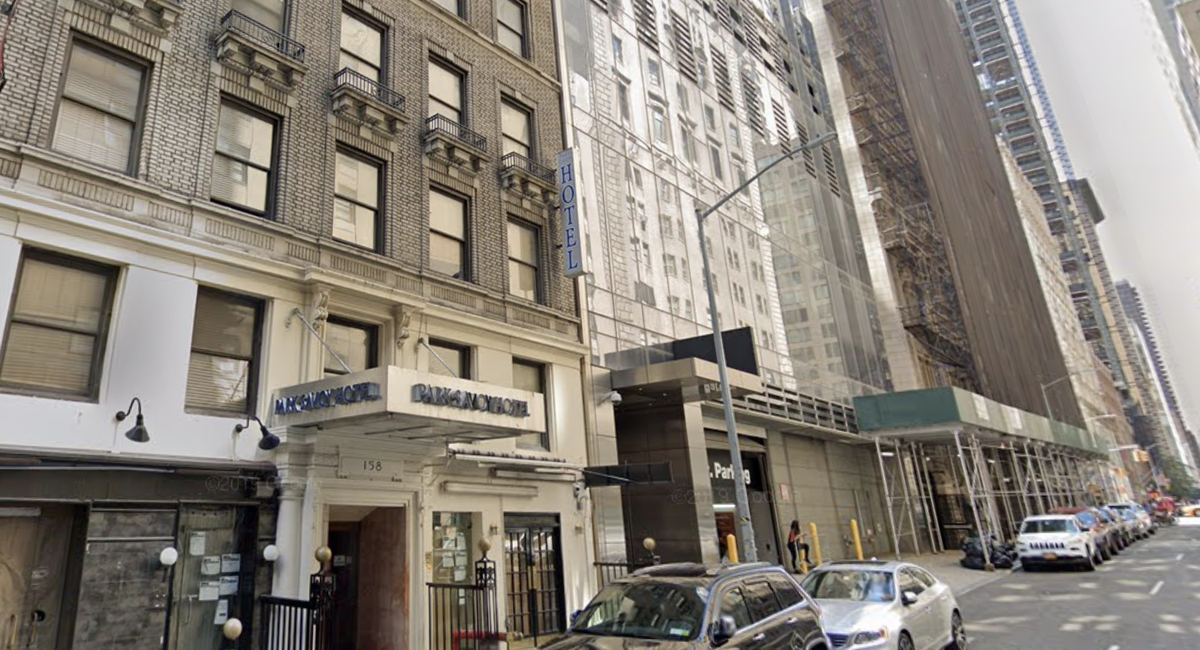 The city can move forward with plans for a men’s homeless shelter at the Park Savoy Hotel near Manhattan’s Billionaire’s Row after a state appellate court rejected a lawsuit opposing the shelter.

In a decision issued Thursday, the Albany appellate court threw out a lawsuit filed in 2018 by the West 58th Coalition group that had argued the hotel at 158 West 58th Street was too old and unsafe to house a $60.8 million, 150-bed men’s shelter, the Daily News reported.

The lawsuit also said “crime and loitering” caused by the shelter, which will abut the supertall One57 building on West 57th Street and several other luxury developments on the block, will lead to “irreparable injuries that have been found to warrant emergency injunctive relief to block the opening of a homeless shelter,” according to the New York Post.

The appellate court said a previous 2019 decision by a Manhattan appeals court, which sent the case back to Manhattan Supreme Court for arguments on whether the use of a hotel as a shelter was “consistent with general safety and welfare standards” was overreaching, according to the Daily News. The state court said the Manhattan appeals court should not have tried to second-guess the city Department of Homeless Services’s decisions, according to the Real Deal.

“We appreciate the courts affirming the City’s determination to provide New Yorkers experiencing homelessness with shelter at this site and look forward to opening our doors at this location as soon as possible,” said Isaac McGinn, spokesperson for the Department of Homeless Services, in a statement.

Inquiries sent to the West 58th Coalition and their lawyer Jeremy Honig of Rivkin Radler were not immediately answered Saturday, and it’s not clear what further legal pathways are available to them.

McGinn said the facility meets all legal and regulatory requirements and has been inspected by the Department of Buildings and the Fire Department. The men living in the shelter will be either “currently employed or who are actively seeking employment” with training and job search assistance provided, McGinn said. He added the shelter will have a 10 p.m.curfew, 109 security cameras in the building and across the grounds, and six security staffers and a supervisor on shift around the clock.

“We’re confident that working together with our vital not-for-profit social service provider partners and neighbors, through support and compassion, our clients will be warmly welcomed as they get back on their feet here and we will make this the best experience it can be for all during these challenging times,” McGinn said.

It’s unclear when the shelter will open, though McGinn said it will happen “as soon as possible.”

Charl Brown, Tony-nominated for playing Smokey Robinson in Motown the Musical, guest hosts the May 1…

Last year, when New York City was still in the darkest early days of the pandemic, residents of St. …