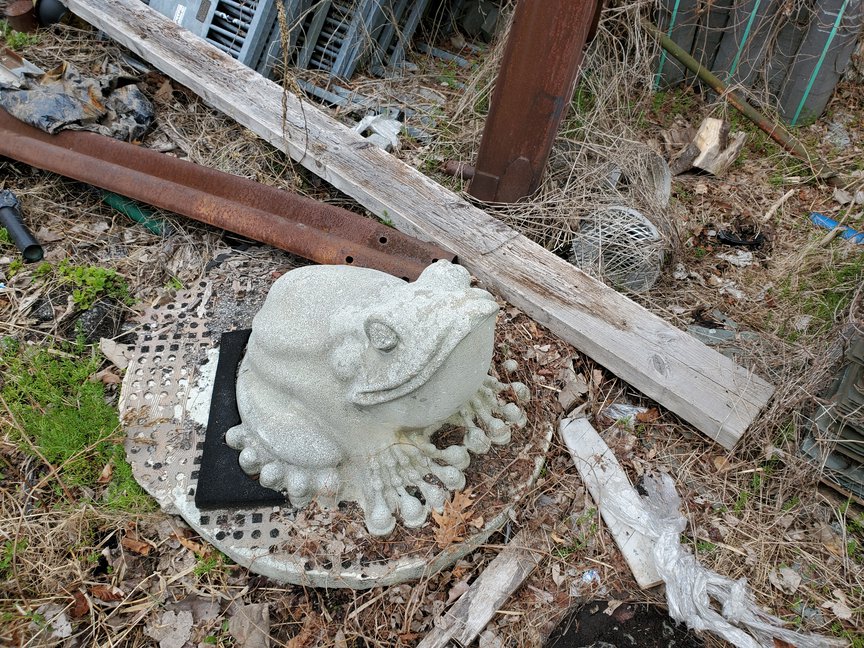 Back in March, news broke that the Parks Department had begun assembling a plan to relocate some of the city’s beloved animal sculptures when their playgrounds are under construction. Today, they announced they’re opening the very first “NYC Parks Home for Retired Playground Animals” in Flushing Meadows–Corona Park, where sculptures that would otherwise be sent to the scrapheap can live out their days as public works of art.

Parks Deputy Commissioner Mark A. Focht told Gothamist that the decision to create this dedicated space for the sculptures was out of respect for their impact on New Yorkers’ lives.

There are five sculptures—two dolphins, one aardvark, one camel, and one frog—who will be the first “residents” of the Queens home, which is set to open in the fall. All five had been in storage while their various playgrounds were being revamped; because of their age and state, they wouldn’t have been returned.

Focht said that the sculptures will be placed in the park as is. “They lived a long good life, and they have a nice patina to them, and they’re gonna retire in their current state, no botox, no fillers, no fresh coat of paint,” he said.

Focht explained that he hoped the space in Flushing Meadows–Corona Park, which will include new plantings as well as benches, would serve as a “contemplative garden” for visitors. Because of the state of the animals, kids will no longer be allowed to climb on them. “They’re no longer play features, they’re there to be respected, that’s why they’re in a garden setting more than a playground setting,” he added.

When this was all first rumored back in March, there were concerns that the Parks Department was going to remove all of the animal sculptures from parks/playgrounds, but Focht confirmed that this will be done on a case-by-case basis.

“This retired animals project is not its own initiative, it’s not a standalone thing,” he told Gothamist. “We’re not going out and just identifying animals and picking animals out to proactively move them into retirement.” All animal sculptures will be considered for parks/playground redesign processes. “If an animal is beloved and the community wants to retain it in an existing site, it will remain at site… if an animal is leftover and there’s no home for them, instead of sending the sculpture to a landfill, recycle, reuse, and retire, and [we’ll] keep them in this park.”

The animal sculptures are the work of former Parks Commissioner Henry Stern, who insisted that all playgrounds built or renovated during his two tenures as head of the Parks Department (1983-1990, 1994-2002) should feature at least one animal-themed play sculpture. The Brooklyn Paper has some more delightful background on Stern’s love of animal architecture, as well as his insistence on flag placements in parks.

As for his favorite one, Focht said he was partial to the camel: “He or she has a certain expression which is kinda nice. But they’re all awesome, they’re all adorable, we look forward to welcoming them to retirement in Flushing Meadows.”

The Pandemic Threatened Their Ventilators. Will NY Officials Change Course Before The Next Crisis?

As the temporary shutdown of Broadway and theatres around the world continues, Playbill is reaching …

The stage adaption of Tarzan opened on Broadway at the Richard Rodgers Theatre May 10, 2006. The mus…