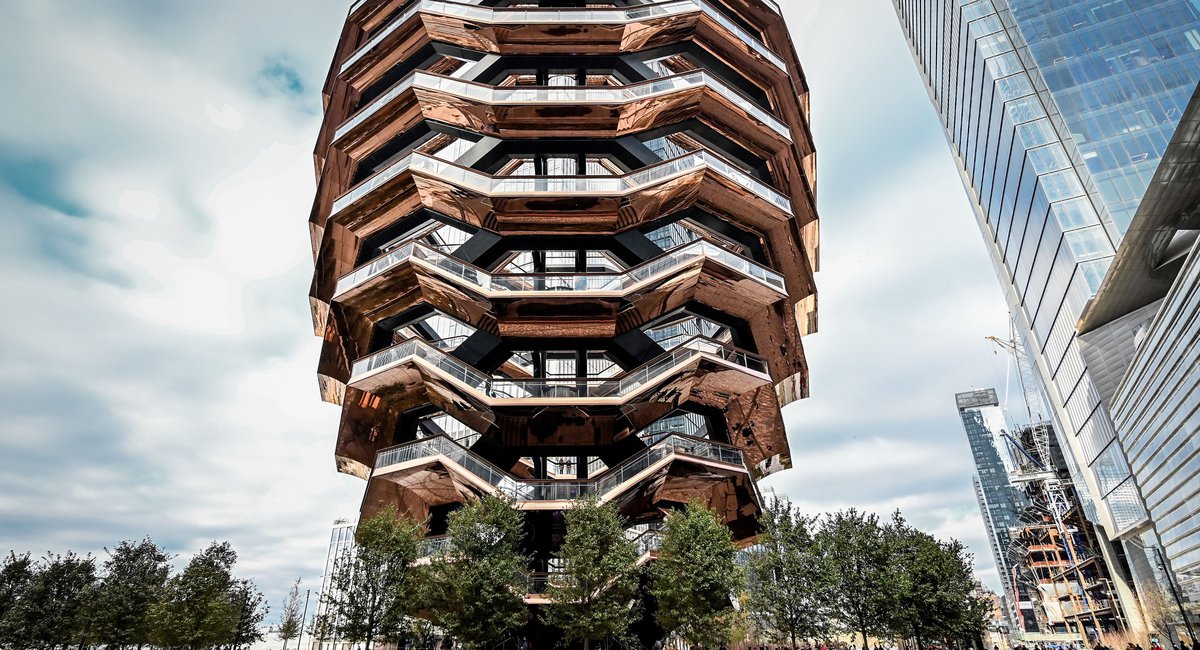 Vessel, the hulking Shawarma-like installation in Hudson Yards which closed down in January after a spate of suicides there, will reopen this Friday with a few major changes. Visitors will no longer be able to visit Vessel alone—they have to come in groups of two or more—and they are now charging people $10 to enter at most times.

The changes come after three people committed suicide there, including a 19-year-old man from New Jersey in February 2020; a 24-year-old woman from Brooklyn in December 2020; and most recently a 21-year-old person from Texas in January 2021. Hudson Yards employees who witnessed the deaths told news outlets they were traumatized by the events.

Officials at Vessel say that the installation was always meant to be a “shared, immersive design experience,” and that requiring people to come in groups rather than as individuals both fulfills that intent and also “significantly enhances” safety.

In addition, Vessel will charge people for the first time to enter. It’ll remain free for the first hour it’s open every day, then you have to pay $10 to visit (children under 5 can go for free). Ticket sales will go toward “safety enhancements including tripling our staff and security and increased staff training.” Tickets will be available here starting today.

“Vessel is made extraordinary by the millions of people who visit and experience it with others,” a spokesman for Hudson Yards told Gothamist. “The team at Vessel is requiring visitors to attend in groups of two or more, implementing enhanced guest engagement and screening procedures to detect high-risk behaviors, tripling the staff and security, including messaging developed in partnership with Born This Way at the entrance to the attraction and on all Vessel tickets, and installing National Suicide Prevention Lifeline signage at the entrance.”

The $150 million, 15-story copper-clad structure, which was designed by Thomas Heatherwick, opened in March 2019, immediately attracting thousands of selfie-takers to its distinctive 154 stairways and 80 landings. Following a Gothamist report about its Terms & Conditions, which initially granted Vessel the rights to use all of your Vessel content in perpetuity (and for commercial purposes), the policy was reversed.

If someone you know exhibits warning signs of suicide: do not leave the person alone; remove any firearms, alcohol, drugs or sharp objects that could be used in a suicide attempt; and call the U.S. National Suicide Prevention Lifeline at 800-273-TALK (8255) or take the person to an emergency room or seek help from a medical or mental health professional.

It takes a certain amount of swagger to mess around with that West Indian classic, the Bake and Salt…

Last year the MTA significantly increased the number of surveillance cameras in the subway system, i…