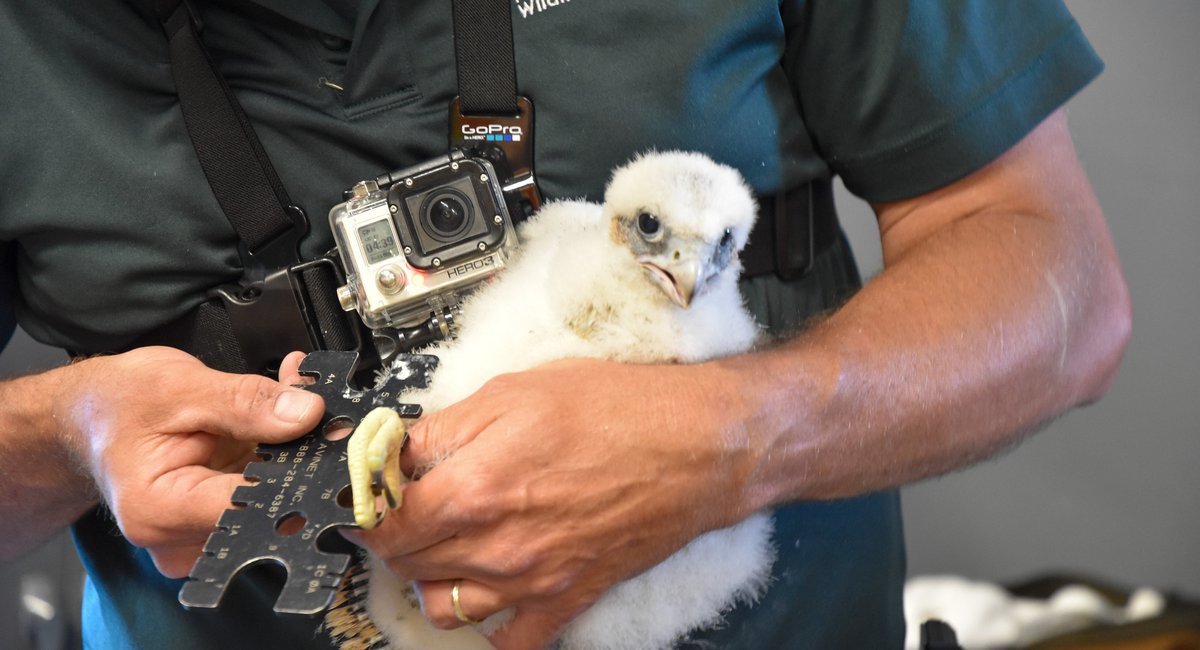 If it’s May, it must be time for the MTA to welcome some baby predators! This year, two peregrine falcon chicks have hatched from the Marine Parkway-Gil Hodges Memorial Bridge.

The agency shared photographs and video of the babies, plus their watchful mama, being banded by Chris Nadareski, a research scientist at the New York City Department of Environmental Protection. Peregrine falcons are on New York state’s endangered species list—they were nearly wiped out by pesticides like DDT in the 1960s. In 1983, the MTA’s Bridges and Tunnels division started working with the State Department of Environmental Conservation on a nesting program in New York City to help bring back these raptors.

As the MTA notes, “Urban falcons like to nest atop bridges, church steeples and high-rise buildings because they provide an excellent vantage point for hunting prey, including pigeons and small birds.” Which means Nadareski is climbing bridges and buildings to keep track of the new New Yorkers and band them so he and other scientists can see where they might live. For instance, he said that these birds might stay in New York or they could fly down to South or Central America for the winter.

These three week-old chicks live in the nesting box, 215 feet high, on the Rockaway side of the Marine Parkway-Gil Hodges Memorial Bridge. Nadareski estimated that in another three weeks, their wingspan will be about three-and-a-half feet and they’ll start to take their first flights.

Two other falcon families are being watched as well. The MTA adds, “Unhatched eggs remain on the Verrazzano-Narrows Bridge Brooklyn tower, as well as the Throgs Neck Bridge Queens tower. “