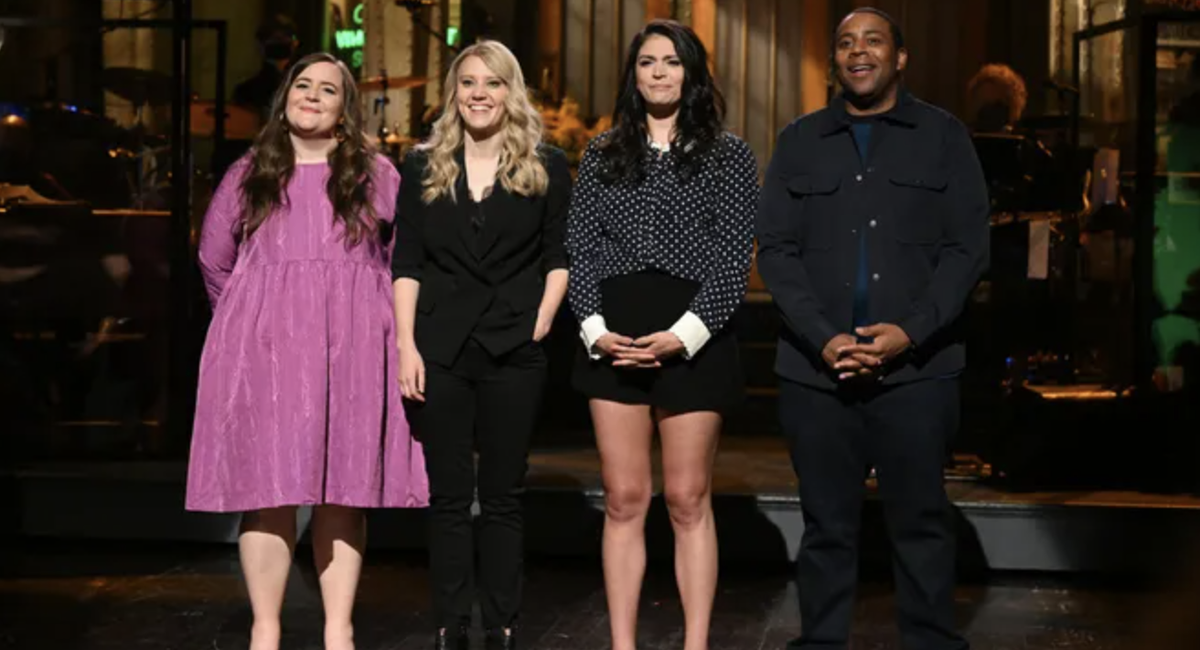 Morgan Wallen was invited, disinvited, then cancelled. Donald Trump was president, claimed COVID would disappear, then got COVID while in office. Jim Carrey played Joe Biden. Elon Musk played Wario. And Saturday Night Live did a 15 minutes sketch about a fly landing on Pence’s head during a presidential debate.

Season 46 of SNL feels like it’s been going on for approximately five years. It was a season made under incredibly difficult circumstances—kicking off during the waning days of the Trump presidency and with a deadly pandemic raging across the globe—and the comedy has suffered as a result. There were only three or four really good episodes this season, and only a handful of hosts who were in sync with the rhythms of live sketch comedy. Otherwise, there were moments where the strain of trying to make comedy out of this historically dark period was just unpleasant.

However, the cast, writers, crew and behind-the-scenes folks clearly put in a lot of work just to get the show on air every week, and they deserve credit for that feat. And in the end, everything came together for a truly hilarious, poignant finale this weekend with host Anya Taylor-Joy and musical guest Lil Nas X.

This was as good as SNL has been in the last couple years; there were really no dud sketches, and at least a couple instant classics. The episode had to juggle many different tones: in addition to the being the season finale, it had to serve as a possible sendoff to several of the cast’s most beloved senior members; it had to have good material for first time host Anya Taylor-Joy; and it had to find a way to balance the overwhelming emotions of a city (and cast) starting to emerge from the pandemic with some truly absurd, silly humor.

Weeks like this—where the chemistry between the host and the cast is on, where recurring characters and premises somehow feel fresh again, where the show’s longest-tenured cast members get the spotlight but there’s still plenty of jokes for the large ensemble cast—are what make watching all those subpar episodes of SNL worth it. Okay, maybe not the Elon Musk episode, but the rest.

I can’t believe I’m writing this, but for the second week in a row, the cold open was a winner. Not only that: Season 46 Finale Cold Open was the best part of this entire finale, give or take the Weekend Update joke swap and Jeanine Pirro appearance. It started out with Cecily Strong, Aidy Bryant, Kate McKinnon and Kenan Thompson center stage, four SNL heavyweights who may or may not be back next season, soaking in the much-deserved applause as they reflected on how much happened in the world and at Studio 8H over the course of this season.

The rest of the cast—plus Chris Rock, who hosted the season’s first episode way back in October 2020—joined in on the nostalgia, which perfectly balanced sentimentality with knowing jokes about the show. “Was every sketch perfect?,” Kyle Mooney asked at one point. “Yeah, pretty much—we crushed it. Every sketch was a 10, no notes.”

Most people know first-time host Anya Taylor-Joy from The Queen’s Gambit, so it was understandable that it was the main thrust of her Monologue, including the very strange visual of the cast members’ faces as chess pieces on an upside-down board made of cue cards.

It is always a delight when SNL actually picks the strongest live piece for the first post-Monologue sketch, and they nailed it this week with Hollywood Squares. The most surprising thing is that the show hadn’t really done anything with this premise in the last couple years, but maybe they were just waiting for the right person to play Baby Spice.

Picture With Dad was an incredibly stupid and simple premise—a dad (played by Beck Bennett) shoots himself in the groin while taking a novelty prom photo with his daughter and her date—but god damn if it didn’t make me laugh.

A bunch of angels finalize the design of the human male in Making Man, making a lot of questionable choices along the way. What could have been a cliched sketch was made much weirder and funnier by the writing (“The nipples are to create the illusion of a human face to scare off predators”), and the whole thing was topped off with Jesus as a Kyle Mooney character.

Pride Month Song wasn’t my favorite sketch of the night, but it had some great Bowen Yang moments, including the part where he insists that listening to podcasts is the same thing as reading theory.

Weekend Update has often been the best part of the show this season. Cast members—including Bowen Yang, Heidi Gardner, Melissa Villaseñor and more—could cut loose with strange, inspired characters (or slightly unhinged versions of their own personalities) despite whatever else was happening that week. And Colin Jost and Michael Che often went out of their way to go for the darkest joke regardless of whether the audience found it abrasive.

And this was the best Weekend Update all year! Pete Davidson was right in his sweet spot weaving sincerity about mental health and edgy jokes (“AIDS is a lot like SNL: it’s still here, it’s just no one’s gotten excited about it since the ’90’s”) into an endearing piece that hinted at him possibly leaving SNL (“It’s been an honor to grow up in front of you guys”).

Then there was Colin Jost and Michael Che Swap Jokes for Season 46 Finale, their annual traditional of writing hilariously awful jokes for one another. This was probably the best iteration of this yet, with Che besting Jost with a series of mortifying “Black Superman” punchlines.

And lastly, Cecily Strong had a show-stopping turn as Jeanine Pirro, whose shouty, bigoted, wine drunk antics have turned into one of my favorite impressions on SNL in recent years. If this is really Strong’s last time on the show, she went out in style: dunking herself in a comically giant tub of box wine.

Pete Davidson is a very talented stand-up comedian with a masterful ability to mine his life for material (which is why his Weekend Update segments are usually pretty good), but he is not a great sketch performer at all. But he was utilized as well as he can be in College Panel as the token white heartthrob who gets the softball questions while the rest of the panel gets asked increasingly difficult and absurd questions including, “As a Black woman, could you please explain race?”

Lingerie Store felt like a classic Aidy Bryant/Kate McKinnon sketch, only with Taylor-Joy filling in affably for McKinnon. The ladies play two bra experts who are very clear about what services they provide: “No one has ever had a sexual feeling in this store.” “This is a medical experience. We are one step away from a hospital.”

Celtic Woman was a commercial parody of a very specific—and very real—all-female Irish musical ensemble. Even if you’re not familiar with the original, this was yet another moment to get to enjoy seeing McKinnon, Bryant and Strong on stage together (joined by Taylor-Joy) delivering hilarious line after hilarious line: “Witness Irish culture the way it was meant to be enjoyed…in Ohio!” “If you like Riverdance but wish they could move their arms, you’ll love us.” “Watch the popular girls from school come and get absolutely railed by the idea of Ireland.”

The 10-to-1 sketch was one of my favorites of the night: AMC Theatres Commercial was a chance for Beck Bennett to unload a hilarious Vin Diesel impression and use his gravelly-voiced bravado to list a bunch of weird, unique things about the movie theater experience which now seem impossibly precious after a year and a half away from them.

Besides the monologue, the only time The Queen’s Gambit came up was in the cut-for-time sketch Backstage Pitch, in which Kate McKinnon, Aidy Bryant, Ego Nwodim and Beck Bennett pitched (and then acted out, often with lovably bad CGI) awful Queen’s Gambit-related sketches to the host. Plus there was some meta commentary on the frazzled state of the cast and show (“The world ended and we kept doing our skits”). It was a testament to how great this episode was that such a good sketch didn’t even make it on air.

Lil Nas X did not disappoint with his wonderfully over-the-top performance of “Montero (Call Me By Your Name)”—which included an unexpectedly perfect wardrobe malfunction—and “Sun Goes Down.”