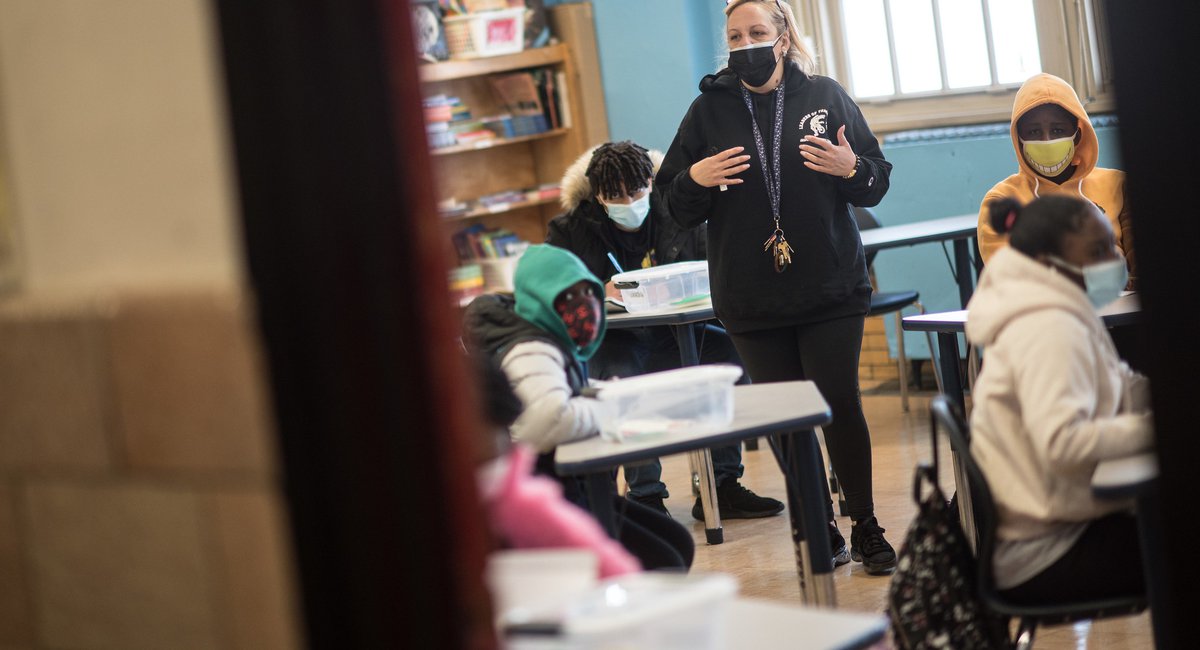 Mayor Bill de Blasio is promising a full reopening of the New York City public school system in September. In person. Five days a week. With no remote option for students to attend school exclusively online. He made the announcement on MSNBC’s Morning Joe today.

“You can’t have a full recovery without full strength schools,” de Blasio said in the segment.

De Blasio is also promising that all classes will be staffed by teachers doing live instruction, instead of virtually. Eligibility for medical accommodations will revert back to pre-pandemic requirements, instead of the much broader criteria that allowed staff over 65, who had an underlying condition or who live with vulnerable family members, to teach from home.

Parents and educators were becoming increasingly distressed about a lack of clarity around the city’s school reopening plans. They worried the mayor risked another botched reopening after the chaotic and delayed start of the past school year. Officials said the announcement was designed to help families and educators begin planning in earnest for the return of more than 900,000 students to the nation’s largest public school system.

A week ago, New Jersey Governor Phil Murphy announced that there would be no remote option for the state’s more than one million public school students.

But questions remain about how New York City will be able to accommodate 100% of its public school students in person.

Some administrators worry there won’t be enough space to fit all students in classrooms under current social distancing requirements. Officials have said the school system will abide by whatever the federal recommendations are in September, and that all but 10% of schools could fit their students into classrooms three or more feet apart. The mayor said that he believes schools could “make it work” with three-feet social distancing, but that he expects the Centers for Disease Control and Prevention will relax the requirements more by August.

Parents of color have been more likely to keep their children home, citing safety concerns from the virus, a lack of trust in the school system, and fear of discrimination in or on the way to school.

Michael Mulgrew, president of the United Federation of Teachers, the city’s largest teachers union, wrote in the Daily News last week that the city must maintain a remote learning option for a limited number of families next school year. But some education leaders have argued that offering a remote option would keep more students out of classrooms.

De Blasio said parents will be welcomed back to schools starting in June to ask questions and get answers from educators, as well as see how schools are keeping students and staff safe.

A semblance of the pandemic-induced learning model will continue in New York City, and likely elsewhere. Earlier this month, officials said public school students will learn remotely on election day November 9th instead of having the usual day off from school, and class will no longer be suspended on “snow days.”

The first day of school will be September 13th.

SNL Recap: SNL Closes Out Season 46 With Anya Taylor-Joy Hosting The Best Episode Of The Year

1929 Birthday of Broadway composer Cy Coleman, whose scores for shows like Sweet Charity, I Love My …