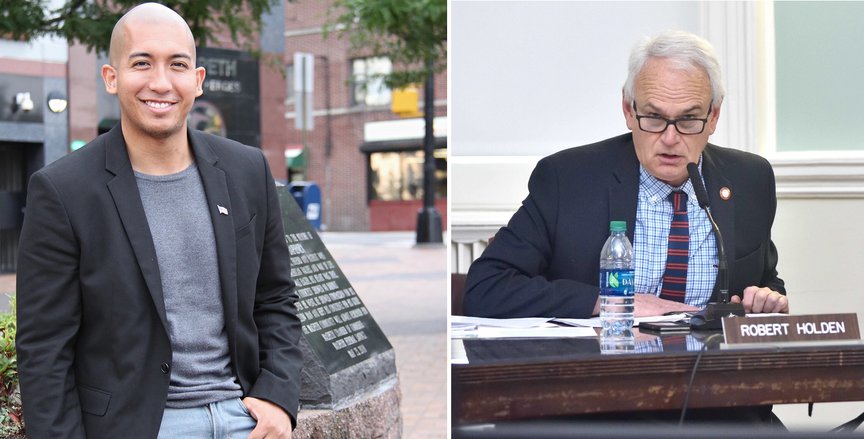 Juan Ardila, a challenge in the Democratic primary race for the 30th Council District seat in Queens, is claiming that incumbent Robert Holden plans to pull the same trick he used to win in 2017: running on the Republican line as a Democrat for the November election, thanks to an old state law in the books.

Ardila says that the current Democratic council member will once again be placed on the Republican line for a second term should he lose the June 22nd primary. He claims that the Republicans in the district are coalescing around Holden because he’s the best shot in representing their interests.

“There’s no other Republican that has nearly enough name recognition or the support that he has,” Ardila said of Holden.

While it might seem implausible for a longtime Democrat to run on the GOP line, this is actually how Holden won his seat back in 2017. That year, Holden lost the Democratic primary to then-incumbent Council Member Elizabeth Crowley, but then ran as a Republican during the November general election, where he defeated Crowley for the Council seat by 137 votes. Holden, at the time, said he’d “be stupid not to” get on the Republican line to win.

Ardila’s team believes Holden will pull the same stunt through the Wilson-Pakula Law. The obscure state provision allows a party to place a non-party member on the ballot so long as they file the correct paperwork. In the case for the 30th Council District, the Queens Republican Party will play that card and place Holden on their line, Ardila contends.

The current Republican candidate, John Spataro doesn’t currently live in the district and hasn’t campaigned yet. Ardila believes that Spataro, who unsuccessfully ran for Queens Supreme Court judge, to be a straw candidate who will be replaced by Holden. Should Holden win re-election it will place him among the few conservative Democrats left on the Council.

The 30th Council District covers the neighborhoods of Ridgewood, Glendale, Maspeth, Middle Village, Woodhaven and Woodside. It’s characterized as swing district, with a contingent of registered independents and Republicans.

While Ardila is focused on improving housing, education, and public transportation, Holden has maintained his focus on improving quality of life in the district with a conservative bent. He has been staunchly opposed to congregant shelters, turning it into a signature issue when he first ran in 2017. He joined a lawsuit in opposition to a shelter opening on Cooper Avenue in Glendale, which did not stop it—it did, however, propel him to victory.

Holden, a former civic association president, has also drafted bills that sought to repeal the ban on police chokeholds while also supporting a return to the Broken Windows-style of policing. His deputy chief of staff, Alicia Vaichunas, openly supported Trump on a private Facebook page, according to a screenshot shared with Gothamist/WNYC. In a recent mailer for an upcoming fundraiser, Holden said he seeks to “bring sanity back to this city.”

Holden and Ardila are the only ones on the Democratic primary ticket. And their line of endorsements underscores their brand of politics. Ardila, a progressive Democrat, has been endorsed by 1199 SEIU, and state senators Jessica Ramos and Michael Gianaris. Holden has received backing from a handful of Democratic legislators, he’s also garnered support from police unions, including the Police Benevolent Association. The PBA made its politics known last year when the group endorsed Trump for his failed re-election bid.

Joann Ariola—the head of the Queens Republican Party, who Holden backed during her unsuccessful bid for Queens borough president—confirmed Spataro is running as a Republican. “He is our candidate,” she said, “so I’m not quite sure what Mr. Ardila is talking about.”

“I think that Mr. Ardila should pay more attention to his own primary, rather than what the Republicans are doing,” Ariola said. “He’s running against a very popular Councilman, who I think can win this seat on the Democratic line outright. [He] wouldn’t need a Republican safety net.”

“There’s no need for the Councilman, a lifelong Democrat, to consider a contingency plan for losing a primary that he’s going to win,” Ryan said. “He’s been a Democrat twice as long as his challenger has been alive.”

Miscast21 Performer Kelly Marie Tran Rose to Fame in Hollywood, but Her Heart Is on Broadway

New York state’s seven-day average COVID positivity rate was among the lowest in the country at 0.44…

After more than a year of theatre shutdowns due to coronavirus pandemic, New York PopsUp ushered in …