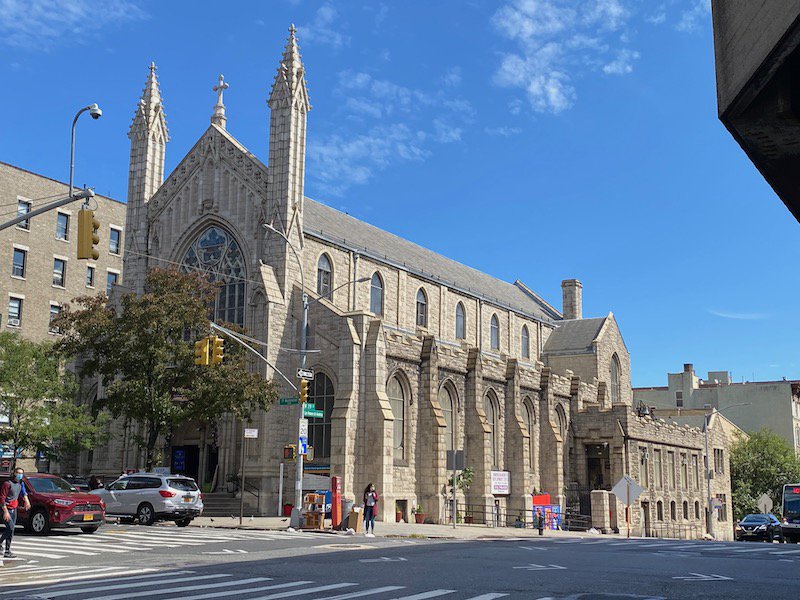 The city has landmarked an Episcopal church in Washington Heights and the Fifth Avenue building that housed the NAACP’s early national headquarters and several other social justice organizations.

The Landmarks Preservation Commission voted unanimously in favor of the two designations on Tuesday, noting that these two buildings were part of the organization’s commitment to diversity and inclusion.

“As part of our equity framework launched earlier this year, we are prioritizing designations like 70 Fifth Avenue and Holyrood Episcopal Church-Iglesia Santa Cruz, to make sure that we are telling the stories of all New Yorkers,” said Landmarks Preservation Commission Chair Sarah Carroll in a statement. “70 Fifth Avenue recognizes the important contributions of the NAACP, as well as many progressive organizations that advanced social justice and equity and Holyrood Episcopal Church recognizes the history of New York City’s Latino community in Upper Manhattan.”

The Holyrood Episcopal Church-Iglesia Santa Cruz, hailed by the LPC as “one of the most impressive and beautiful churches in the neighborhood” stands on the corner of West 179th Street and Fort Washington Avenue. It was built between 1911 and 1916 in the Gothic Revival style, and has grown to serve the Dominican and Puerto Rican populations of the neighborhood, including housing the Dominican Women’s Development Center nonprofit.

“This building has been very important to our community and has contributed so much to our neighborhood both culturally and spiritually,” said Councilmember Ydanis Rodriguez in a statement. “The Holyrood Episcopal Church-Iglesia Santa Cruz landmark is not only significant because of the history of the building, but it also represents a place that has always welcomed immigrants.”

“It’s really nice that areas of the city that have not been really explored for landmark designation, are now starting to get a little more attention, though there’s still a lot more that needs to be paid. But this was one of the obvious buildings” to merit landmark protection, Bankoff said.

The 12-story Beaux Arts-style building known as the Educational Building at 70 Fifth Avenue on the corner of West 13th Street was built in 1912 and immediately renowned as “a haven for radicals and liberals.”

The building housed the National Civil Liberties Bureau, a group formed to assist conscientious objectors during the first World War before changing its name to the American Civil Liberties Union; the League for the Abolition of Capital Punishment; and the Citizen’s National Committee for Sacco-Vanzetti, named for the two Italian immigrants and anarchists who were executed after a highly politicized murder trial.

It was outside 70 Fifth Avenue that the NAACP first flew the now-iconic flag emblazoned with the words “A Man Was Lynched Yesterday” as part of its campaign to fight lynching.

Bankoff said the building is emblematic of the spirit of activism that pervaded Greenwich Village at the time, calling it “the kind of a crucible of civil rights and social activism, through providing printing places, providing office space, providing headquarters for these really important institutions.”

The latest episode of Celia Keenan-Bolger’s podcast Sunday Pancakes, “A Disrupter and a Weaver: Find…

Read on for some recent theatre headlines you may have missed in today’s news. Lea Salonga, Da…

Casting has been announced for the London return of the Tony and Olivier–winning Jersey Boys, which …