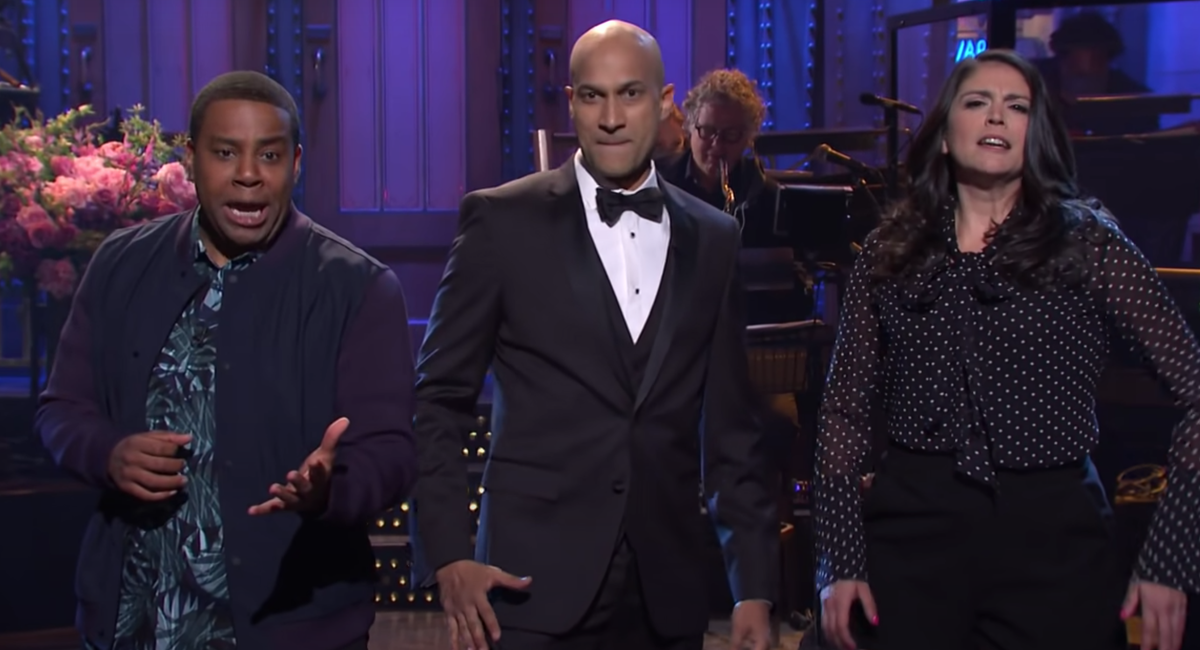 There is an elastic quality to the structure of Saturday Night Live—sketches bomb all the time, hosts turn out to be dreadful at reading cue cards, audiences sometimes just don’t get what’s going on, but still the show barrels ahead every week churning out new premises, new recurring characters, and new stars-in-the-making. Sometimes everything can go wrong with an episode—like say last week’s dreadful Elon Musk show—but a week later, everyone gets to start fresh with all-new material. And with the right host or the right inspiration, everything can click into place.

Keegan-Michael Key, the sketch comedy legend who previously starred in MADtv and Key & Peele, was the perfect antidote to last week’s comedy chasm. Where Musk was stilted, painfully self-involved, and awkwardly low-energy, Key was the ideal high octane performer, throwing himself into every silly and absurd premise SNL could throw at him. The episode had a couple of dud sketches toward the end, but it was completely enjoyable throughout, and a reminder that having an actual comedian hosting goes a long way.

Let’s start with the biggest surprise of the night, which actually didn’t involve Key: the No More Masks Cold Open was likely the best cold open I’ve seen on the show in several years. It was a joy to see just about the entire cast get to share screentime in a funny, clever topical sketch about vaccines and the CDC’s new COVID-19 guidelines.

Key showed he was game for every classic SNL Monologue cliche from the get-go, including singing a song about crafting the perfect monologue, taking a question from the audience, and inviting a couple of cast members to appear on stage with him.

Prom Show wasn’t my favorite sketch of the night, but it was an example of how much having a great, energetic host can make even a so-so sketch funnier.

Yes, The Last Dance: Extended Scene was a parody of a docuseries that came out over a year ago, so it wasn’t exactly timely. But who cares about timeliness when you get an uncanny, hilarious Heidi Gardner as Michael Jordan’s curly-haired bodyguard John Michael Wozniak.

Next to the cold open, The Muppet Show was the best sketch of the night, one where everyone was clicking—Melissa Villaseñor pulling out a Lily Tomlin impression, Kyle Mooney voicing Kermit to a tee, Beck Bennett, and Mikey Day inhabiting Statler and Waldorf, and of course Key and Kenan Thompson as overly-protective bodyguards. Huge props to the puppeteers as well for the way Statler and Waldorf tremble toward the end.

There were three guests on Weekend Update, none of them were recurring ones, and all of them were above average: my favorite was Beck Bennett as smug horse trainer Bob Baffert, who was basically a perfect mix of a fictional Bennett SNL Update character and a James Bond villain (but real). But Kate McKinnon was excellent as ever as a beleaguered Liz Cheney, who can’t understand why Republicans have turned on her. And huge props to Andrew Dismukes, one of the featured cast members who has gotten almost no screen time this season; he stepped up with an often hilarious, somewhat rambly story about his great-grandmother and the Disney Channel rollerblading movie Brink!

While everything before Weekend Update worked pretty well more or less, the last two sketches of the night were my least favorite: Gemma & DJ Balls brought back Cecily Strong’s one-note British character into a new context (TGI Friday’s musical duo) to forgettable effect, while High School Graduation was a disappointingly shallow 10-to-1 sketch.

There were also two cut-for-time sketches, both of which were much funnier than those last two sketches. In Rap Diss, the sketch that most felt like a Key & Peele outtake, Key’s rapper offers a very sincere apology to his rival. And Key and Bowen Yang played a pair of oddball gentlemen hitting on Aidy Bryant and McKinnon in increasingly elaborate ways in the delightful Sending Drinks.

Olivia Rodrigo performed her mega-hit “Driver’s License” and its followup “Good 4 U.”