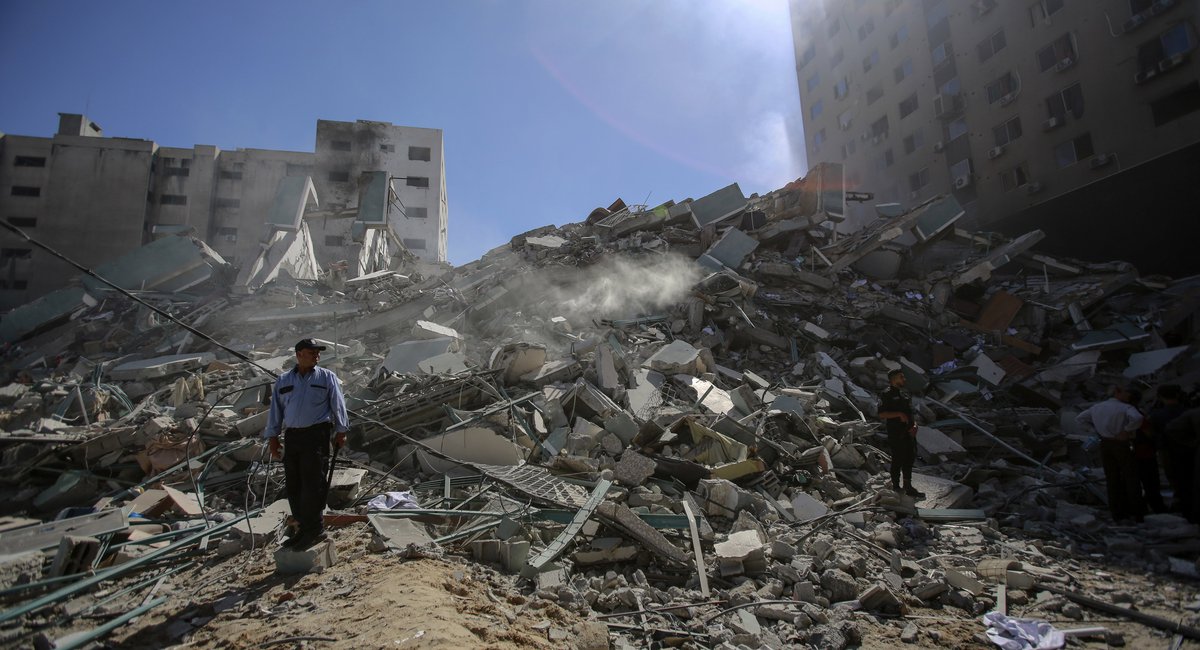 Demonstrators in support of Palestine took to the streets in south Brooklyn Saturday amid an escalating fight at the Gaza strip between Israeli forces and Hamas fighters.

The protest, dubbed “Defend Palestine,” coincides with Nakba Day, which Palestinians recognize to be the day they were displaced from the region now known as the State of Israel.

At a business strip near the corner of Ovington and 5th avenues, supporters waved flags, held up signs, and banged drums backing Palestine.

The protest comes several days after a pro-Palestine rally took place in front of the Israeli consulate in midtown-Manhattan this week, where supporters argued with Israelis in a heated exchange. On Friday, supporters with Jewish Voice for Peace held a rally in support of Palestine in Grand Army Plaza before marching to the Brooklyn home of State Majority Leader Charles Schumer demanding he cut funding to Israel.

“Over 100 Palestinians were killed this week, including over 30 children. These actions of the Israeli government are chilul hashem: a disgrace against God. The only lasting safety will come from Palestinian freedom,” Rabbi Miriam Grossman, a member with the group, said in a statement.

The protest was inspired after days of fighting between Israeli forces and Hamas militants. There have been five nights of fighting so far, with 139 people killed so far during the conflict from both sides, according to the New York Times. On Saturday, Israeli forces leveled a building in the Gaza strip that contained the offices of several media outlets. According to CNN, Hamas fired back at Tel Aviv, with “Al-Qassam Brigades, the militant wing of Hamas, saying in a statement the move was in direct retaliation for Israeli airstrikes on a Gazan refugee camp.”

Another demonstration is scheduled in New Jersey on Sunday.

Brooklyn/New York: Nakba 73 – Defend Palestine from the River to the Sea! This Saturday at 4:30 in Bay Ridge https://t.co/kNi7pReNpA

It’s MAGA versus the mainstream in Tuesday’s GOP gubernatorial primary, as two candidates who adhere…