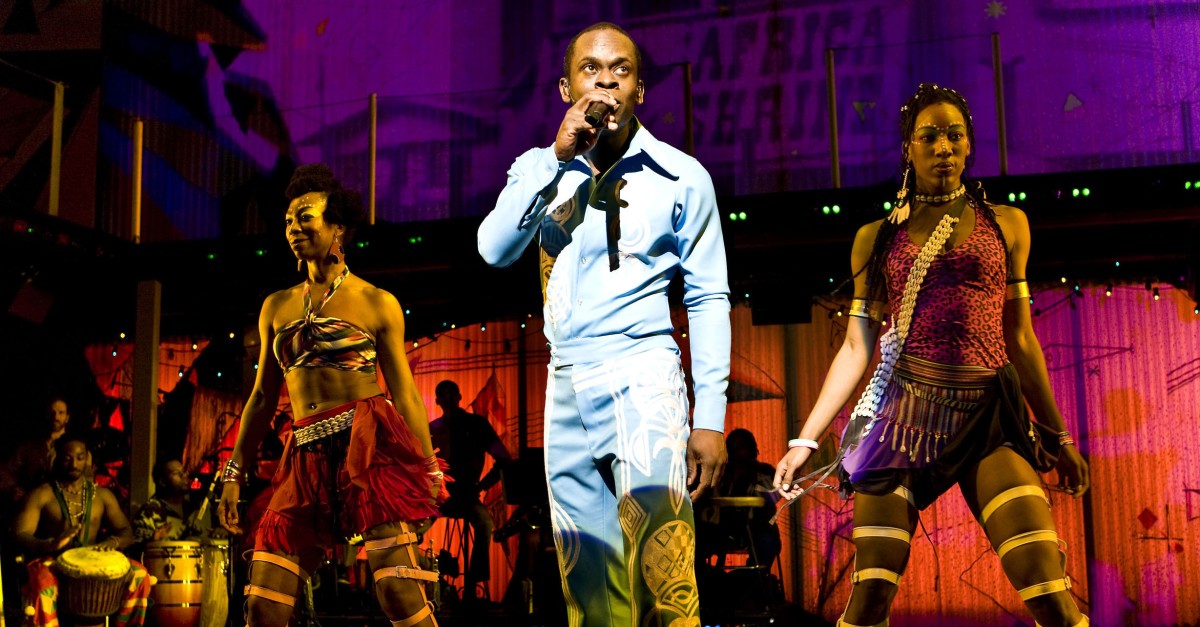 Below are just some of the digital offerings this weekend. For more, check out Playbill’s Streaming Calendar, presented in partnership with Broadway Podcast Network.

Roundabout’s Refocus Project: Spunk
The series continues with Lili-Anne Brown directing a reading of the rediscovered Zora Neale Hurston play, about a wandering guitar player who becomes the talk of a rural Florida town when he begins an affair with a local.

Animal Wisdom
Singer-songwriter-soothsayer Heather Christian lays to rest the souls that haunt her, shape-shifting between rock star, folklorist, and high priestess, as she conjures a constellation of souls in an effort to confront her family’s mythologies in this filmed adaptation of the acclaimed production from The Bushwick Starr.

Fela! on Clubhouse
Fela Ten Twenty, a new audio adaptation of the biographical Broadway musical, premieres on the app Clubhouse May 15-16, featuring a new interpretation of Bill T. Jones’ and Jim Lewis’ original book, framing the ongoing #EndSARS movement in the context of Fela Kuti’s legacy.

3 PM: The Seth Concert Series With Laura and Linda Benanti
Sirius XM host and Playbill contributor Seth Rudetsky guests for conversation and song in his weekly online series are Broadway star Laura Benanti (She Loves Me, Gypsy) and her mother, who has recently returned to performing after a 35-year retirement.

MTA Weighs In On Mayor’s Race, Boosting Candidates That Would Send More Cops To Patrol Subways