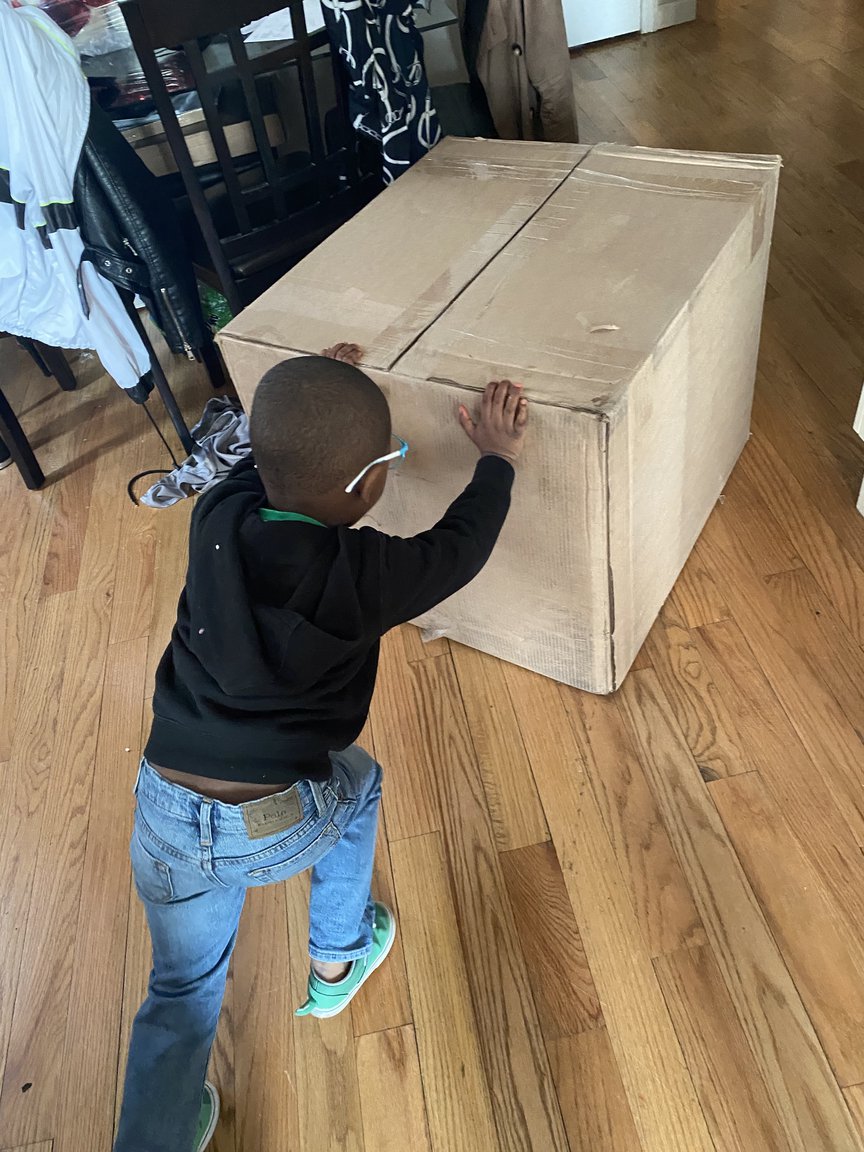 One April afternoon in Crown Heights, 4-year-old Noah Ruiz asked his mom, Jennifer Bryant, for a popsicle shaped like SpongeBob SquarePants, his favorite cartoon character. Bryant looked on Amazon — where she shares an account with her sister — but told Noah she decided not to buy the popsicles since they were expensive and only available by the case.

The next day, a UPS truck delivered three 70-pound boxes with 51 cases of SpongeBob popsicles at her sister’s doorstep — and Bryant’s credit card had been charged $2,618.85 for 918 popsicles. In her first interview recounting the incident, Bryant recalled getting a call from her sister.

“She was like, ‘You know what, you really need to stop ordering s—.’ And I’m like, I don’t know what you’re talking about,” said Bryant, 37, who’s studying for her master’s in social work at NYU.

Her sister said the boxes were labelled “frozen fruit.” But when they opened the packages, they discovered SpongeBob popsicles.

“I was just like, ‘there’s no possible way my baby could have done this. Fifty-one cases? Hell no,” she said, and filed a dispute with Amazon’s customer service.

But Noah — who Bryant realized had been repeating the number “51” that day — informed his mom they needed to get to his aunt’s house for his popsicles.

Bryant panicked and tried to return the order, but Amazon wouldn’t take the popsicles back. She called her mom, who told her to “‘call Amazon and have them call Jeff Bozo. I’m like ‘first of all his name is Jeff Bezos and who has Jeff’s number if you call Amazon?’,” Bryant said.

Bryant then tried to sell the popsicles to recoup the costs, but they were rapidly melting with no place to store them.

“We needed to get rid of the stuff. So you know, unfortunately, most of the ice melted, and we just had to throw it away because we really didn’t have any way to store them,” Bryant said.

A former social work classmate of Bryant’s from NYU saw Bryant’s post on Facebook recounting Noah’s escapades, and reached out to her to set up a GoFundMe to cover the cost of the order.

“As (truly!) adorable as this story is, Jennifer Bryant (@amazin_mii), Noah’s mom, is a social work student at NYU (we took Policy I together) and simply cannot afford this,” wrote Katie Schloss on Instagram. “Amazon will not take back the popsicles, and Ms. Bryant, mom to 3 boys, doesn’t know how she’s going to be able to pay this off, in addition to student loans and all of her family’s other expenses.”

The fund, called “Noah Bought $2,619 Worth of SpongeBob Popsicles” has well surpassed the initial goal and as of Saturday had raised nearly $17,000. Bryant said the extra funding will be used for Noah’s education as she hopes to enroll him in a private school in Manhattan for kids on the autism spectrum this fall.

“I’m so overwhelmed with the generosity. I really, really, really appreciate it,” she said. The family was able to salvage two of the cases for the kids to enjoy, and Amazon told Bryant they would donate the cost of the popsicles to a charity of her choice.

As for Noah, he’s enjoying the newfound fame of his exploits.

“We were watching another clip today where somebody said, ‘Yeah, we like his style’ and he said ‘mommy they like my style,’” Bryant said. “I told him, ‘Yeah, they like you. You have a lot of supporters and you have new friends now.”

What To Do When A Pigeon Lays An Egg On Your Bed (Yes, It's Known To Happen)