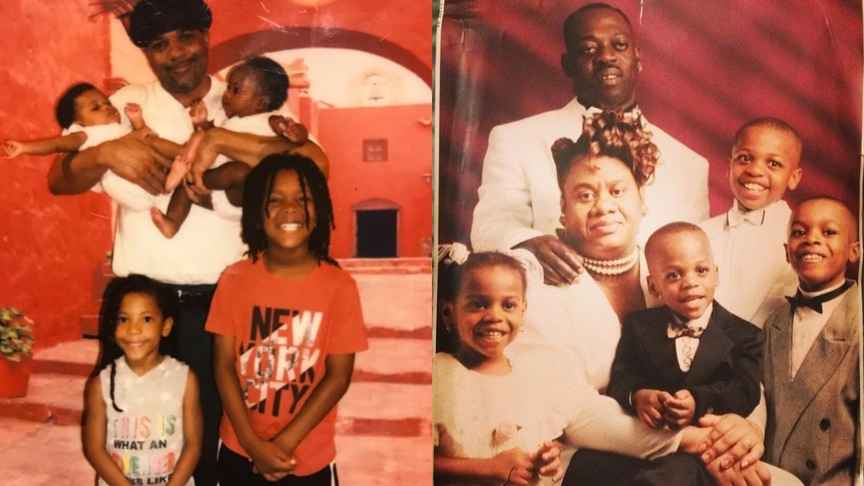 In March, a Queens judge freed three men—George Bell, Gary Johnson, and Rohan Bolt—from prison after they served 24 years for the 1996 murders of a check-cashing store owner and an off-duty police officer in East Elmhurst. Judge Joseph Zayas found the trio had been wrongfully convicted because Queens prosecutors made false statements at trial and failed to turn over critical evidence pointing to alternative suspects in the high-profile case.

In the wake of the judge’s blistering ruling, the trial prosecutors on the case, Charles Testagrossa and Brad Leventhal, resigned from their high-ranking positions in the Nassau County and Queens District Attorney’s Offices. But their fall from grace in the legal world may not be over.

A new group called Accountability NY has filed professional complaints against Testagrossa, Leventhal, and nineteen other current and former Queens prosecutors who have been criticized by judges for misconduct in the past. Some of the group’s complaints, like those against Testagrossa and Leventhal, seek disbarment. Others recommend suspensions.

“A law license is a privilege,” said Cynthia Godsoe, a professor at Brooklyn Law School and member of Accountability NY. “We can’t have prosecutors who commit egregious and often repeated misconduct. It’s too dangerous for clients and it also undermines lawyers as a whole, and the rule of law.”

On Monday, Godsoe and four other law professors with Accountability NY sent the 21 complaints to New York’s court-appointed grievance committees, which are tasked with investigating attorney wrongdoing.

Accountability NY’s strategy is new. Defense attorneys in the field have long been reluctant to file bar complaints out of concern that District Attorneys will retaliate against their clients. But the group’s members, all law professors, are not encumbered by such concerns.

Rather than focusing on a one-off case, the group is filing a flurry of complaints focusing on a single jurisdiction, in this case Queens, which long had a controversial reputation under the late District Attorney Richard Brown. The geographic focus is intended to persuade the grievance committees that prosecutorial misconduct was an institutional problem, and that reviews of all the flagged prosecutors’ career cases are in order. They plan to file more complaints focusing on other boroughs in the coming months.

In a statement, Lucian Chalfen, a spokesperson for the Office of Court Administration, derided the group’s initiative and asserted that the committees “take their positions extremely seriously.”

The “professors or any other individuals are free to make a complaint, should they have issue with any attorney representation or professional conduct,” he said. “If they feel that additional resources, short of publicity stunts, are needed to monitor the professional conduct of any attorney, they can make their case to the appropriate parties to further create and fund it.”

Queens District Attorney Melinda Katz, who has retained several of the prosecutors named in the complaints, also criticized the group in a statement. Katz’s office noted that the professors filing grievances relied on years-old court papers and had “no personal knowledge of the cases or the parties,” according to a statement from spokesman Chris Policano.

Katz, who took office last year, “takes prosecutorial errors very seriously and has established a rigorous system to review and retrain in order to address and prevent them,” Policano continued. But this initiative, he argued, casts so wide a net that it “actually undermines the serious, on-going work of reforming the criminal justice system.”

Experts say getting the grievance committees to follow Accountability NY’s agenda could prove difficult. The disciplinary panels have long been accused of failing to prioritize prosecutorial misconduct, prompting calls for an independent state commission to tackle the issue. Of the 21 current and former Queens prosecutors flagged by Accountability New York for judicial misconduct findings, none have received public records of professional discipline from the committees.

“It’s fair to say that historically the disciplinary authorities have not disbarred or suspended very many prosecutors in New York or elsewhere,” said Bruce Green, a professor at Fordham Law, who has studied prosecutorial disciplinary processes extensively.

In the past, Green noted, grievance committees tended to prioritize cracking down on attorneys for other forms of misconduct, such as theft of clients’ funds or off-the-job felonies.

But this outlook could change, he explained, due to changing political attitudes and an increasing awareness of the central role that prosecutors have played in wrongful convictions nationwide.

“There’s a greater recognition that when prosecutors commit certain wrongdoing, innocent people get convicted,” Green said. “And that’s a terrible wrong, probably worse than when a lawyer takes clients money.”

Hal Lieberman, a legal ethics expert who previously worked on a state grievance committee, agrees that the review committees have not done enough to regulate prosecutorial misconduct. But the attorney, who has also defended prosecutors before such panels, raised concerns about some of Accountability NY’s demands.

Court findings of withholding helpful evidence to the defense, he pointed out, “could be very technical.” Even for serious misconduct findings like that, “prosecutors could be acting in perfectly good faith,” he argued.

Lieberman also chided the group for demanding grievance committees scrutinize the entire careers of so many prosecutors, especially those who have only had one or two misconduct findings.

“I don’t think it would be all that productive unless there was some, you know, pattern of prosecutorial misconduct that emerged where you could find four or five cases where the courts have overturned a conviction,” said Lieberman.

Green, the Fordham professor, echoed Lieberman’s skepticism, arguing that while such a monumental review was possible, the committees are not likely willing to embark on it given their limited resources.

“They’re not going to make it a priority to go back in time, decades, to look at closed files to see whether lawyers in the past, you know, committed wrongdoing that might not even warrant public discipline,” said Green.

Rohan Bolt, one of the three Queens men who was recently released from prison, said he hopes the grievance committees will probe the past cases of his trial prosecutor Brad Leventhal, especially since the Queens District Attorney has publicly said it will not.

“If they did it to me, how many more did they do it to? That nobody is paying attention to,” he said.

Before his conviction, Bolt ran his own Jamaican restaurant in East Elmhurst and was a married father of four children. After he received a 50 years-to-life sentence, his wife divorced him. For 24 years in prison, he missed watching his children grow up.

“Things I would like to do with my family I could not do: taking my children to school and stuff like that, picking them up, seeing them graduate,” he said. “It’s painful when you got to sit behind those bars knowing that you’re losing out on all this stuff.”

He added disbarment is the least that should happen to Brad Leventhal, the trial prosecutor whom a court recently found had wrongfully convicted him.

“He gets to go home and live his life, you know, and get and get his pension and continue to to practice in law,” Bolt said. “When we do wrong, we get punished for it, you know, and when they do wrong, what did they do? Nothing.”

Leventhal declined to respond to questions about his recent misconduct finding or the new complaint filed against him. In an email, the former Queens homicide prosecutor said he would “vigorously address all of these allegations in the appropriate forum and at the appropriate time.”

Charles Testagrossa, who led the first of the three murder cases against George Bell, did not respond to requests for comment.

Accountability NY said it plans to file a raft of complaints against prosecutors who serve or have served in Brooklyn, the Bronx, Manhattan, and Long Island later this summer.

George Joseph reported this story for the Gothamist/WNYC’s Race & Justice Unit. If you have a tip, or if you work or have worked in a prosecutor’s office, a law enforcement agency or the courts, email reporter George Joseph at gjosephwnyc@protonmail.com. You can also text him tips via the encrypted phone app Signal, or otherwise, at 929-486-4865.

Read on for more theatre headlines you may have missed in today’s news. Ana Villafañe Joins th…