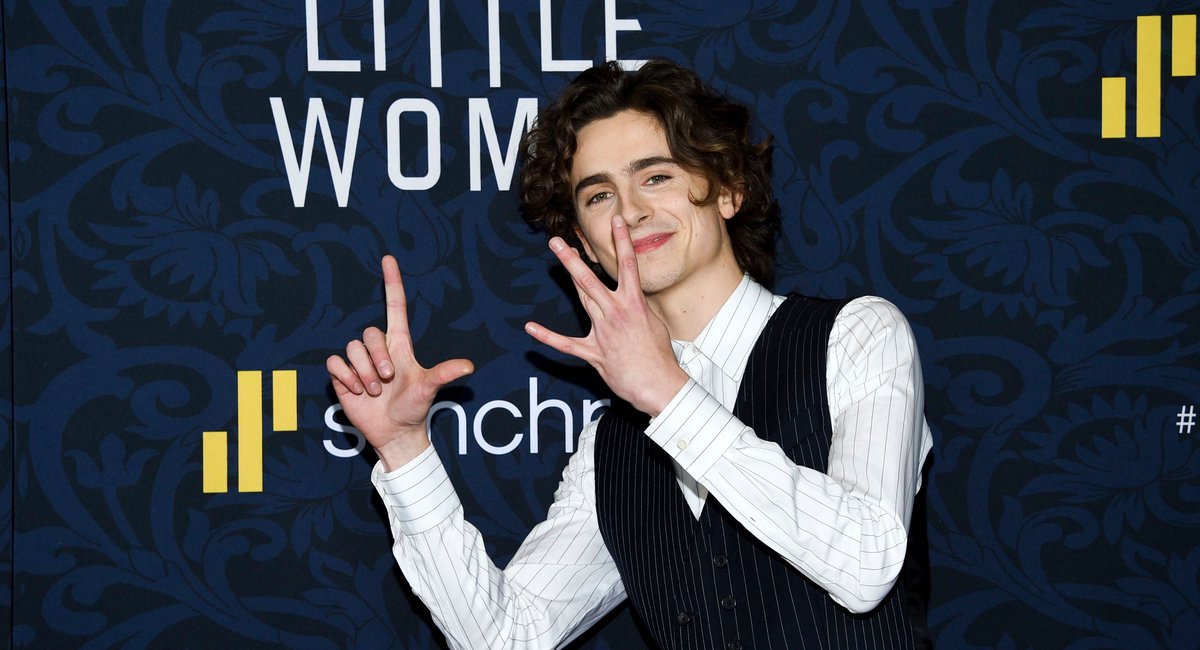 The “First Monday in May” will take first place on the second Monday in September: The Metropolitan Museum of Art announced that it has scheduled its big gala for the Costume Institute on September 13th, 2021, “pending government guidelines”—and then follow-up with another gala on May 5th, 2022.

The double-dose of fashion and celebrity is because the Met cancelled its 2020 event, opting for a virtual one while New York City was under shutdown last year. This time, the September Met Gala will focus on the Costume Institute’s show, In America: A Lexicon of Fashion, which a press release says will “explore a modern vocabulary of American fashion, while the May Met Gala will pay tribute to the part two of the show, In America: An Anthology of Fashion, an “explor[ation of the] development of American fashion by presenting narratives that relate to the complex and layered histories of those spaces.”

Singer-songwriter Eilish is on the cover of the new British Vogue; actor Chalamet has pushed men’s style on the red carpet (did you see his floral jacket during early voting at MSG?); poet Gorman’s Prada outfit stood out during the inauguration; and tennis champ Osaka has become a force in fashion—and used face masks to make a political statement.

If I see Rihanna ima pass out.

Here’s a description of the Costume Institute’s exhibits, courtesy of the Metropolitan Museum of Art:

The Costume Institute’s Anna Wintour Costume Center galleries will feature a fictional American home constructed of transparent walls that intersect and overlap, blurring the boundaries of the interior rooms. Examples of 20th- and 21st-century fashion will populate the rooms, reflecting the customs and behaviors of the imagined occupants. Designs by pioneers of American sportswear will be displayed alongside works by a diverse group of contemporary designers to illustrate a shifting emphasis in American fashion defined by feelings of fear, delight, comfort, anxiety, well-being, loneliness, happiness, belonging, self-reflection, and self-representation, among other qualities.

Melina Matsoukas will create a specially commissioned, open-ended film to project in the galleries, the content of which will evolve over the course of the exhibition.

Opening May 5, 2022, Part Two of the exhibition is a collaboration between The Costume Institute and the American Wing. It is the final installment of The Costume Institute’s trilogy of period-room shows, which began with Dangerous Liaisons: Fashion and Furniture in the 18th Century (2004) in the French Period Rooms, followed by AngloMania: Tradition and Transgression in British Fashion (2006) in the English Period Rooms.

Part Two of the exhibition will feature women’s and men’s historical and contemporary dress dating from the 18th century to the present in vignettes installed in select period rooms. The interiors present a survey of more than 300 years of American domestic life and tell a variety of stories—from the personal to the political, the stylistic to the cultural, and the aesthetic to the ideological. The exhibition will reflect on these narratives through a series of three-dimensional cinematic “freeze frames” produced in collaboration with notable American film directors. These mise-en-scènes will explore the role of dress in shaping American identity and address the complex and layered histories of the rooms.

Spanning the years 1670 to 1915, the interiors include a Shaker Retiring Room from the 1830s that explores the defining characteristics of American sportswear, such as utility, simplicity, and practicality, through the work of Claire McCardell. A 19th-century parlor from Richmond, Virginia, will feature the intricate designs of Fannie Criss, a highly regarded local dressmaker active at the turn of the 20th century. John Vanderlyn’s panoramic 1819 mural of Versailles will set the stage for a re-creation of the historic 1973 “Battle of Versailles” that pitted American designers against their French counterparts. A 20th-century living room designed by Frank Lloyd Wright will highlight the architectural gowns of Charles James to examine notions of creative genius and the tensions between artist and patron.

Dianne Morales had a cold. Not COVID, she’s fully vaccinated, but when she arrived at the Jackson He…

As more people get vaccinated and parts of the economy reopen, subway riders continue to return to t…