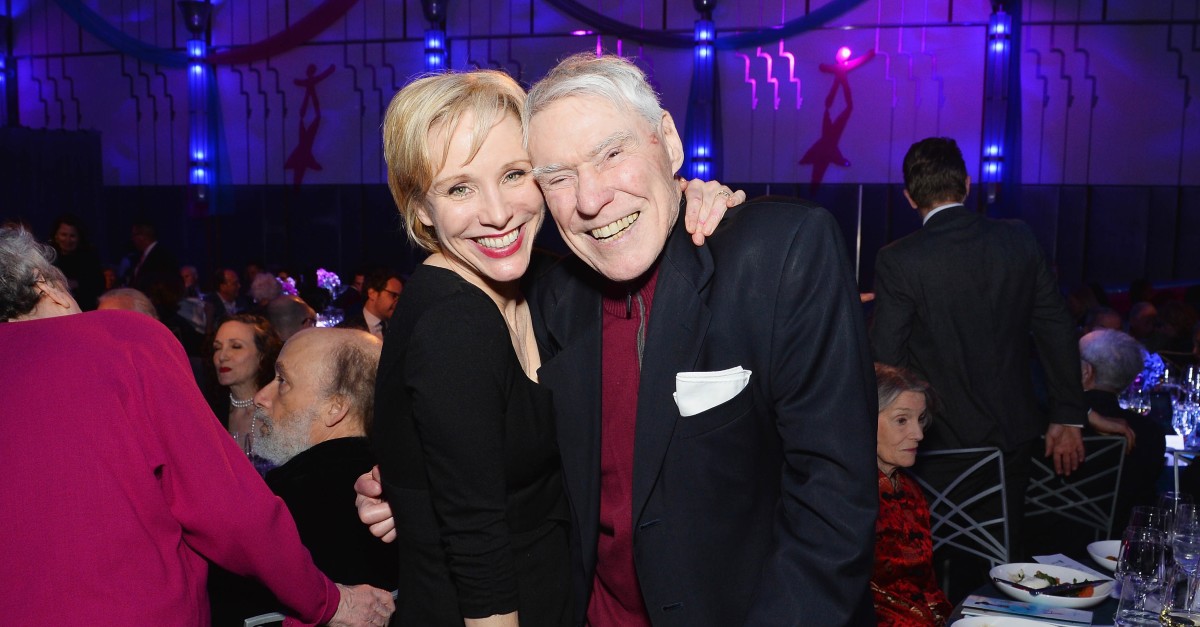 Choreographer and dancer Jacques d’Amboise, who popularized ballet in this country while becoming one of the most celebrated dancers at New York City Ballet, passed away May 2 at his Manhattan home. His daughter, two-time Tony nominee Charlotte d’Amboise, told The New York Times the cause was complications from a stroke. Mr. d’Amboise was 86.

Playbill remembers the groundbreaking artist with this tribute, which was originally published in August 2019 to celebrate his 85th birthday.

Jacques d’Amboise began his career as a dancer for New York City Ballet under the tutelage of George Balanchine. Though he went on to choreograph for NYCB, he did make his way to the theatre, performing in Broadway’s Shinbone Alley and dancing in films like Seven Brides for Seven Brothers and Carousel.

But in 1976 d’Amboise founded the organization that would be his true legacy: the National Dance Institute. For the past four decades, NDI has been teaching children in New York City public schools to dance. The program serves over 6,000 students a week, the majority from low-income families, for free. While empowering all of the youth in the program to express themselves, NDI has also launched the careers of dancers, including Dharon E. Jones, cast in Broadway’s West Side Story revival.

Even for those who did not study at NDI, d’Amboise and his dancing have impacted some of today’s top dance minds. Here, they celebrate the performer and his contributions:

“Jacques has taught me many things aside from dance as an art form. He taught me that having patience for a vision and dream you have will allow you to enjoy and love every part of the process in turning those dreams into reality. I remember being in awe of Jacques’ jumping ability, I still am. He has inspired me to keep jumping and reaching for the stars through his honest and inspirational vision that he has brought to life with NDI.”
—Dharon E. Jones (NDI alum & Action for the 2020 West Side Story Broadway revival)

“The students of NDI performed one of their dances for me when I visited, and it was a glorious experience! There was so much joy and pride in all of their faces. That experience reiterated the importance of Jacques’ work and his profound influence on the dance world. He has created safe spaces for all generations to find and celebrate joy through movement. It is a gift to witness!”
—Choreographer Camille A. Brown (Choir Boy, Once On This Island)

“Jacques is a legacy who has generously spent his time and money on creating a foundation to pass on his love and knowledge of dance. Jacques reminds me daily that art is for every person. Not elitist. But fundamental.”
—Choreographer Lorin Latarro (upcoming Almost Famous, Waitress)

“As a student, I performed the part Jacques originated in Western Symphony for SAB’s Annual Workshop. Little did I know I would go on to perform many of his roles at the New York City Ballet. It wasn’t until we worked on ‘Apollo’ together that I really understood how to dance. Jacques has become not only a mentor of mine but a friend. He flew all the way to Paris to see my first show of An American in Paris. I owe him so much. He paved the way for a guy like me to do what we both love to do.”
—Tony-nominated performer Robert Fairchild (An American in Paris)

“Watching Jacques d’Amboise and Sheree North in ‘The Best Things in Life Are Free’ is a lesson in storytelling through dance. What made Jacques so special, you believed everything he did.”
—Choreographer JoAnn M. Hunter (London revival Joseph and the Amazing Technicolor Dreamcoat, School of Rock)

“The mere thought of Jacques d’Amboise takes my breath away. When I was 14, I won a scholarship to the New York City Ballet. I saw Jacques dance in class and fell in love. Since then, Jacques has always brought dance to life. His body of work, especially in arts education with children, is unparalleled. Happy birthday, Jacques! Love from that 14-year-old girl.”
—Two-time Tony Award winner Chita Rivera (The Rink, Kiss of the Spider Woman)

Ruthie Fierberg is Playbill’s former executive editor of features and branded content. She is also a freelance writer, moderator, and podcaster. Find more at RuthieFierberg.com.

Watch: How the Geffen Stayhouse Built a Suite of Successful Theatre Online

A Letter to Harvey Milk, the Off-Broadway musical seen at Theatre Row in 2018, will be streamed Apri…