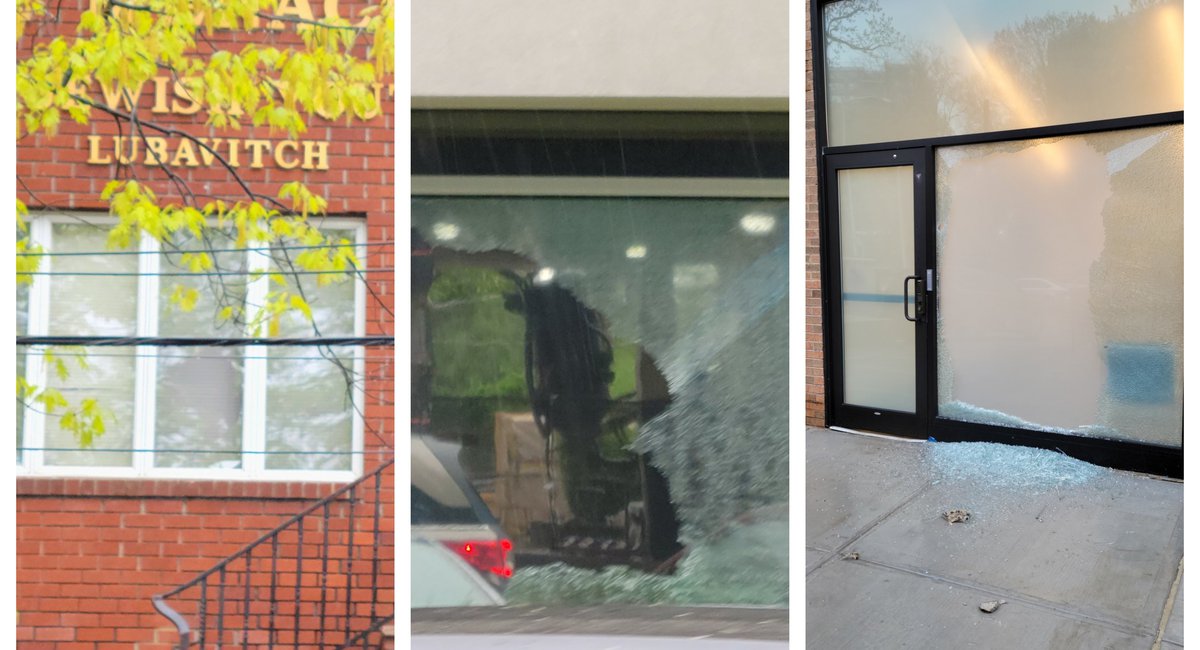 The NYPD’s Hate Crime Task Force is investigating six different incidents in which a suspect threw rocks at windows and doors, shattering them, at four different Jewish institutions in the Riverdale neighborhood of the Bronx.

Sometime after midnight on April 23rd, a man threw two rocks at the front door, shattering the glass, at the Riverdale Jewish Center on Independence Avenue, according to an NYPD spokesperson, Officer Arthur Tsui.

Around the same time that night, a man threw two rocks at the center’s synagogue nearby on West 246th Street, the Chabad Lubavitch of Riverdale. Both of the Riverdale buildings were damaged again on Saturday night after 11 p.m., according to the police spokesperson.

The Riverdale Jewish Center’s Senior Rabbi Dovid Zirkind and president Marc Spear said nobody was hurt in either incident at the center.

“The fact that someone would specifically and repeatedly target houses of worship is of great distress to us all,” they said in an email. “An act of hate such as this is simply unacceptable.”

They are working with the police department to find the individual who smashed the windows. Other synagogues targeted did not immediately respond to emails.

The police department spokesperson could not confirm whether police suspected one man was behind all six incidents. The Algemeiner, a NYC-based news publication covering the Jewish community, first reported about the vandalism in Riverdale and indicated police were searching for one individual. Police presence was “heavy” on Sunday in the area, a community source told the newspaper.

Mayor Bill de Blasio said the NYPD’s Hate Crime Task Force has a “solid lead on the vile acts of anti-Semitism in the Bronx.”

UPDATE: The @NYPDHateCrimes task force has a solid lead on the vile acts of anti-Semitism in the Bronx and we will take swift action against the perpetrators.

If you have any more information on this case, contact the NYPD right away. https://t.co/CC15V2KMSa

Governor Andrew Cuomo has directed the state police’s hate crimes unit to offer assistance to the city’s investigation, similar to the governor’s announcement regarding the beating of an older Asian man in East Harlem this weekend.

“We have no tolerance for discriminatory acts that seek to divide us rather than bring us together,” Cuomo said in a statement.