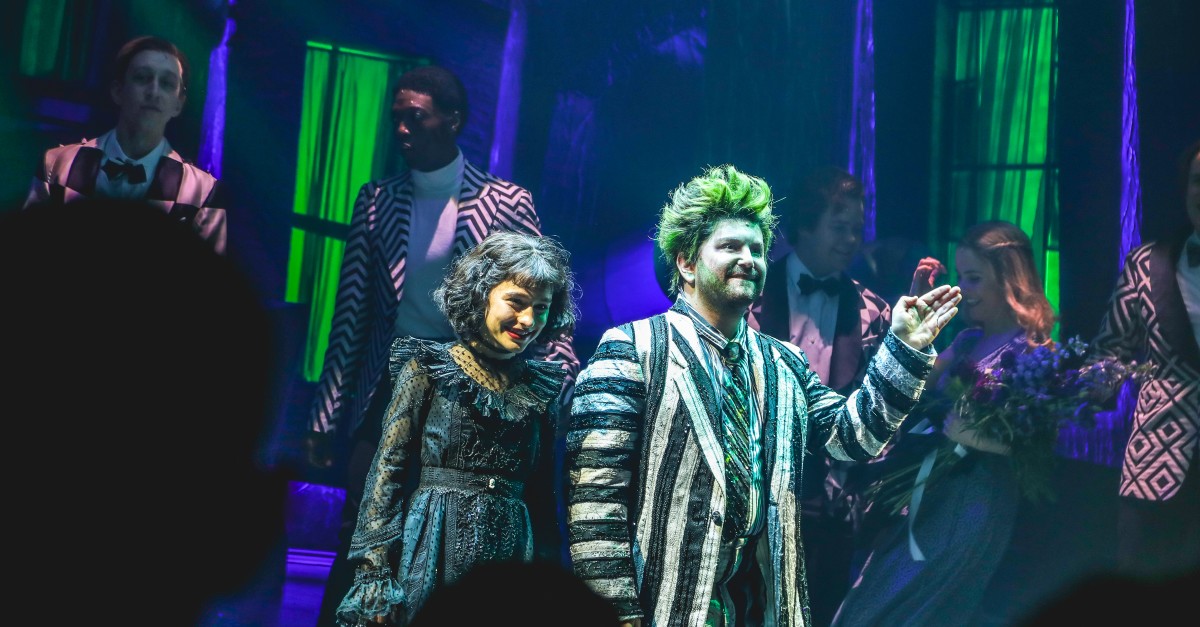 Following an out-of-town tryout at D.C.’s National Theatre, the musical adaptation of Beetlejuice opened at the Winter Garden Theatre April 25, 2019. Directed by Alex Timbers with choreography by Connor Gallagher, the production played 27 previews and 364 performances, earning eight Tony Award nominations including Best Musical. Though originally scheduled to close June 7, 2020 after the Scott Rudin-revival of The Music Man secured the theatre, Beetlejuice marked its last performance March 10 due to the COVID-19 pandemic.

Based on Tim Burton’s 1988 film, Beetlejuice tells the story of what happens when the Deetz family moves into a house haunted by degenerate demon from the underworld. The musical featured music and lyrics by Eddie Perfect and book by Scott Brown.

It’s Showtime: a Look Back at Beetlejuice’s Journey to Broadway

Continuing his incremental push to bring New York back to business as usual, Governor Andrew Cuomo a…