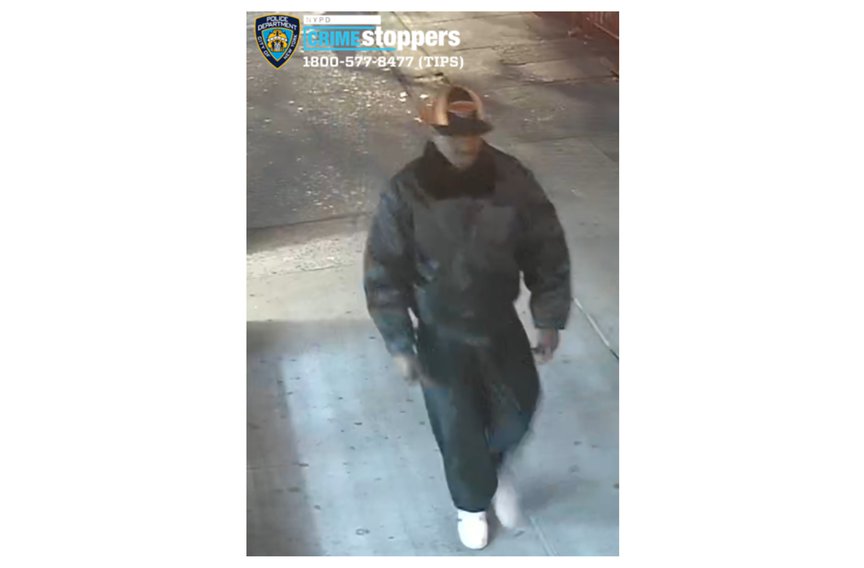 A 61-year-old Asian man who was brutally attacked in East Harlem is now in a medically induced coma, according to news reports.

His family identified him as Yao Pan Ma, according to the NY Post. He was reportedly collecting cans for extra money on Friday evening on Third Avenue and East 125th Street when the NYPD says an attacker walked up from behind him and knocked him to the ground, then kicked him in the head multiple times. Emergency medical personnel took him to Harlem Hospital.

Ma’s wife, Baozhen Chen, told the Post: “I was scared. I was crying…I didn’t know what to do. Why? Why did they do this to my husband? Why did this happen? It was sudden. I didn’t expect this.”

Chen, who works as a home attendant for the elderly, told the Post that Ma lost his job at a restaurant due to the COVID-19 pandemic, which was why he had begun collecting cans to help the family make ends meet. His niece told ABC7 that Ma moved to the U.S. from China two years ago.

The Post reported Ma was placed into a medically induced coma on Saturday.

An NYPD spokesperson said the man remains in critical condition, but the NYPD did not confirm additional information about his condition, name, or the investigation.

The NYPD’s Hate Crime Task Force is investigating the attack. No arrests had been made as of Sunday morning, according to the NYPD.

A new photo of the suspected attacker was released by the police department on Sunday, showing a man in dark clothing with a multi-colored hat and white sneakers.

The attack is the latest in a surge in violence against Asian Americans in NYC, which has been happening for more than a year.

Reports of harassment against older Asians have soared, while overall harassment complaints dropped during the pandemic, according to THE CITY. 31 hate crimes against Asians have been reported to the NYPD between January 1st and March 28th, according to the most recent crime stats from the police department. Another three incidents were linked to COVID-19 bias alone. And seven incidents were categorized as “other,” which the department says is due to two factors—their race and the perception they have coronavirus. It is not clear how many of the bias incidents categorized as COVID-19 and other were against Asians.

But critics say the NYPD has undercounted the number of bias incidents. Gothamist previously reported that the NYPD tallied four anti-Asian hate crimes in 2020, though another 24 were categorized as anti-COVID crimes that also had Asian victims. Stop AAPI Hate, a group collecting reports of discrimination against Asian Americans and Pacific Islanders, compiled nearly 3,800 discriminatory incidents from across the country between March 19th, 2020 and February 28th.

Mayor Bill de Blasio called the attack “outrageous” and urged New Yorkers to report any information they may have about the “vicious act of hate.”

Congressmember Grace Meng, who represents parts of Queens, added the man should have had more assistance after losing his job and that mental health resources should be deployed as well.

This hurts my heart. In addition to seeking justice on the back end, our most vulnerable community members like Mr. Ma need more help on the front end-when they’ve lost their home & jobs. Also need more investment in mental health services which account for many of the attackers. https://t.co/nLhyyVLXRE

Multiple GoFundMe campaigns have popped up on the fundraising website. The communications director for GoFundMe said on Twitter that multiple were removed from the website, except for one in which the organizer does not have access to the money and is working on getting in touch with the family, who could then decide whether to accept or return donations.

This fundraiser will remain active: https://t.co/JXpmdeGG2G

The organizer does not have access to the funds. They make clear they are actively trying to get in touch with the family. Once they make contact, the family can decide to accept or refund the donations 2/

“I’m sickened to learn of yet another bigoted act of violence against an Asian American man,” Cuomo said in a statement. “This is not who we are as New Yorkers, and we will not let these cowardly acts of hate against members of our New York family intimidate us. We stand united with the Asian American community which has always been an important part of our diverse identity as a state.”

The U.K. tour of Everybody’s Talking About Jamie will embark again in September, beginning wit…