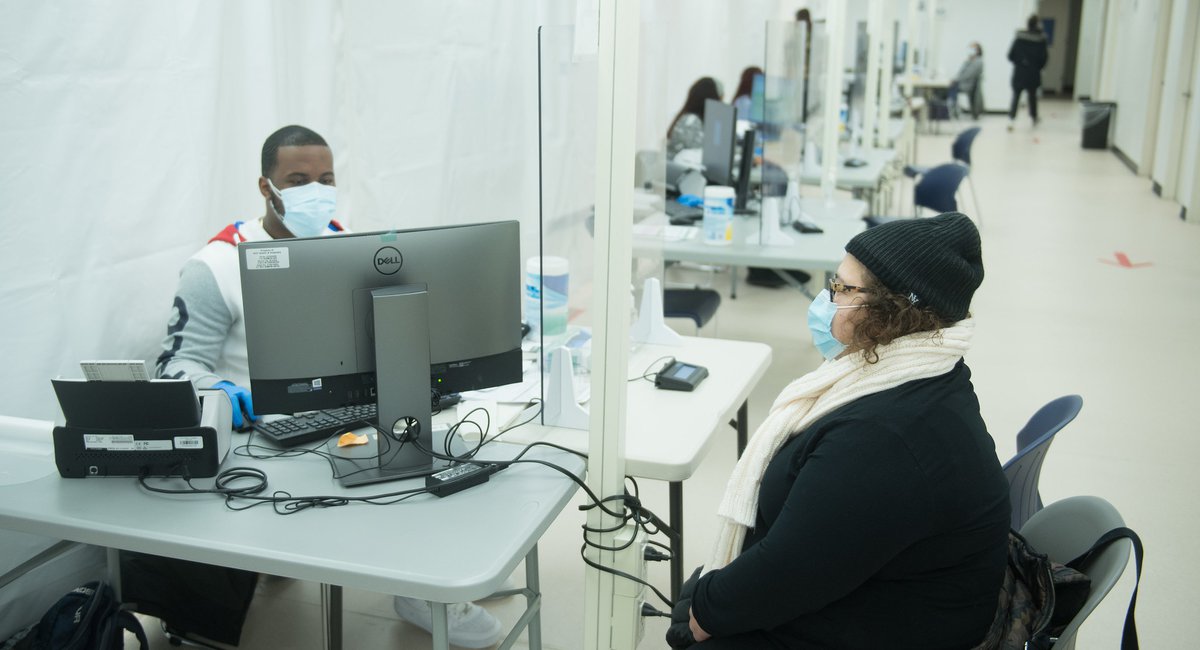 Mayor Bill de Blasio is opening up its city-run vaccination sites to all New York adults no matter where they live—and people can just walk up for their jabs. He announced the pivot away from geographic restrictions and appointments at his daily press briefing from City Hall.

The changes go into effect immediately and apply to all city-run hubs, including Health+Hospitals locations and the new site at the American Museum of Natural History under the giant blue whale, which opened today.

As motivation for the switch, the mayor and the city’s health officials cited the success with a walk-up pilot for New Yorkers older than 50 that started April 17th. De Blasio also linked increasing vaccinations to improvements in COVID-19 indicators for the city, like the drop in hospitalizations.

“We did not have the kinds of lines we were worried about that might be a problem, so we are quite confident we can accommodate a much higher volume of walk-ins,” de Blasio explained. He added that he would like all federal community centers to be opened up to walk-ins. Some federally-run, large-scale sites are expected to close around the country due to dropping demand.

Read More: How To Score A COVID-19 Vaccine In NY

Over 6 million doses have been administered in New York City, so far, with more than 4.2 million given through the city’s programs. About 2.1 million NYC residents are fully vaccinated as of April 23rd.

“Convenience matters to New Yorkers,” the mayor said. “We want to make it simple for folks.”

NYC Rents Keep Falling. How Long Will It Last?

Check Out These Disco-Chic Photos From Halston, Starring Ewan McGregor and Krysta Rodriguez