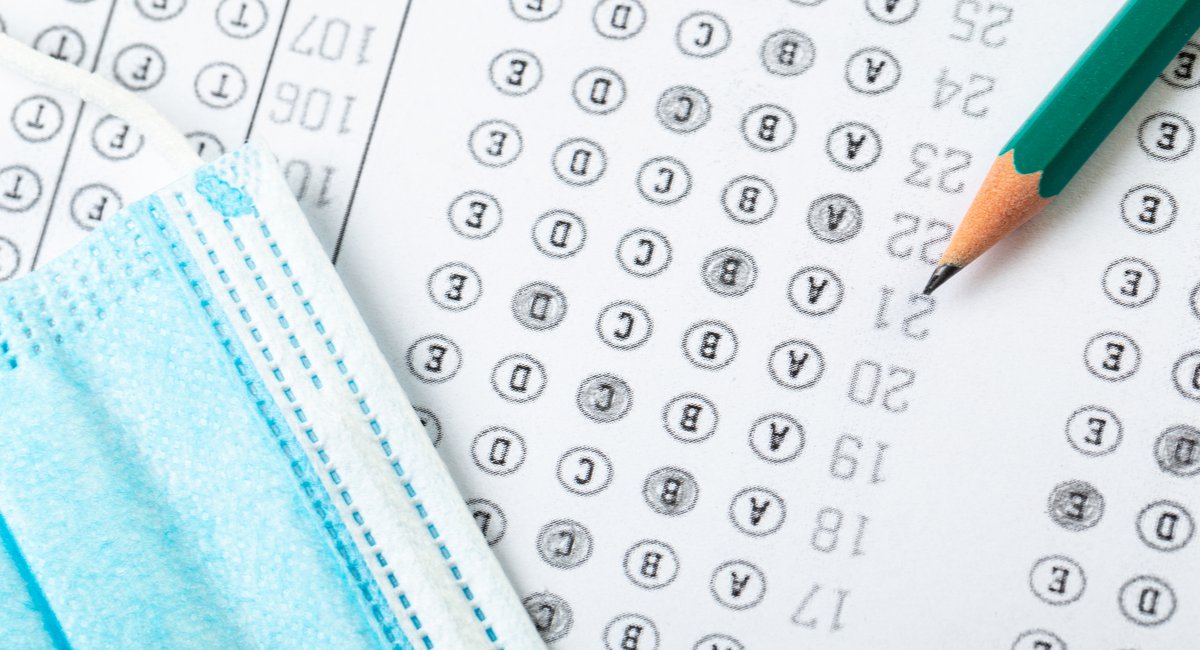 The New York State Education Department confirmed it is reusing questions from previous exams on the English Language Arts standardized tests being given to students in grades 3 through 8.

Officials said they hoped to get permission from the federal government not to give the tests at all, as was the case last year. But when the Biden Administration said states must administer the exams, officials said they chose to reuse questions because it was sanctioned by experts and also saved money.

“As we said previously, the idea that state assessments this year could be ‘standardized’ is unrealistic given the varying formats of instruction and not including whole segments of our state’s children who will not participate,” officials wrote in a statement. “The students most in need of state assessments – those receiving remote instruction — are the very children who are not required to take the test. As a result, New York students who are most impacted by the pandemic are among the least likely to participate in any statewide assessments. Again, this will have a disturbing impact on the assessment results and not be representative of the state’s student population.”

The Biden Administration informed states in February that it expected them to move forward with standardized testing, in an effort to identify how much students have learned, or not, during the pandemic. But federal officials offered states flexibility in how and when they administered the tests. Tests could be shorter, and they did not have to be used to evaluate the performance of teachers or schools. In New York, the education department said offering tests remotely wasn’t fair or feasible. It also said results will not be tied to any accountability measures for schools, or funding.

In March, New York state canceled all tests but those required by the federal government.

New York City then required families to proactively opt their children into the exams, rather than assuming all students would take them unless they opted out, a move praised by parents who have long advocated for families to forgo testing.

New York City Schools Chancellor Meisha Porter said the city will not know exactly how many students participated until testing is complete later this spring. She said the tests will be used primarily to give students and families a benchmark on their progress and identify areas where they need support. But it’s not clear whether or how they might be used in the admissions process for selective schools.

“We’re looking at multiple measures to make admissions decisions, and more information to come on that,” Porter said at the mayor’s press conference Thursday.

When testing kicked off this week, some students recognized the questions from practice exams, including those posted on the state education department’s website weeks ago.

Leonie Haimson, executive director of the advocacy group Class Size Matters and a longtime critic of standardized exams, said it’s common for test companies to reuse questions in different states and districts, but not usually in the same state or district.

Teachers say reading passages and questions were re-used at least on the 3, 4, 5, and 8 grade exams from 2019 and were posted on the NYSEd website until about 2 weeks ago to be used in test prep.

Many educators and parents said the tests are an exercise in futility, creating logistical complications and stress during the pandemic but unlikely to produce meaningful information about student learning. Some schools reported only a handful of students participating, or none at all.

“The only thing we will learn from the state test this year is that the vast majority of families do not find them to be a valuable educational experience for their kids,” said Anna Waters, an assistant principal in the Bronx. She said only one of the school’s roughly 400 students has chosen to take the test.

Joanna Cohen, an assistant principal in Brooklyn, said the standardized testing contradicts the city’s emphasis on social emotional learning and supporting students through the stresses of the pandemic. She said many students who came to take the test were antsy and didn’t know how to fill in the bubbles.

Today I proctored a state standardized test to nine 3rd graders who have never taken a state test; who have not set foot in their schools in over one year; and who were masked and confined to their seats, 6 feet apart, for more than two hours. 2/n

“The sheer number of work hours (not to mention paper) that went into ordering tests for every single one of our students, putting together groups of in-person students to test according to their testing accommodations, communicating with remote-only parents in multiple languages and through multiple channels … well, it’s just been staggering,” she said.

Parent Robin Broshi said she chose not to have her 7th grader take the test, opting out for the first time. “This year, the standards were already gone, given the inconsistent days and methods of delivery and the change in the testing pool,” she said. “Recycling old test questions further reinforces how imprecise and meaningless the tests will be this year. And the most galling aspect is that the mayor has left the door open for these meaningless test outcomes to be used in middle school and high school placements next year.”

Evan Stone, co-CEO of Educators For Excellence, supported the Biden Administration’s decision to move forward with standardized testing with flexibility. He said many teachers in his group were in favor of testing to gauge students’ progress. But he said the way the state and city have handled the tests has been problematic.

“It was a big mistake for New York City to mandate that you had to opt into the test,” Stone said. “For New York State not to invest in new passages was also a mistake. It’s disappointing that the city and state have taken steps to decrease the participation and the validity of these tests.”

The state education department did not say whether the math exams in May and science exams in June will also reuse questions from recent years.

Join Jennifer Ashley Tepper June 8 on a live, virtual adventure through the secret history of Broadw…

Read on for some recent theatre headlines you may have missed in today’s news. Donja R. Love W…