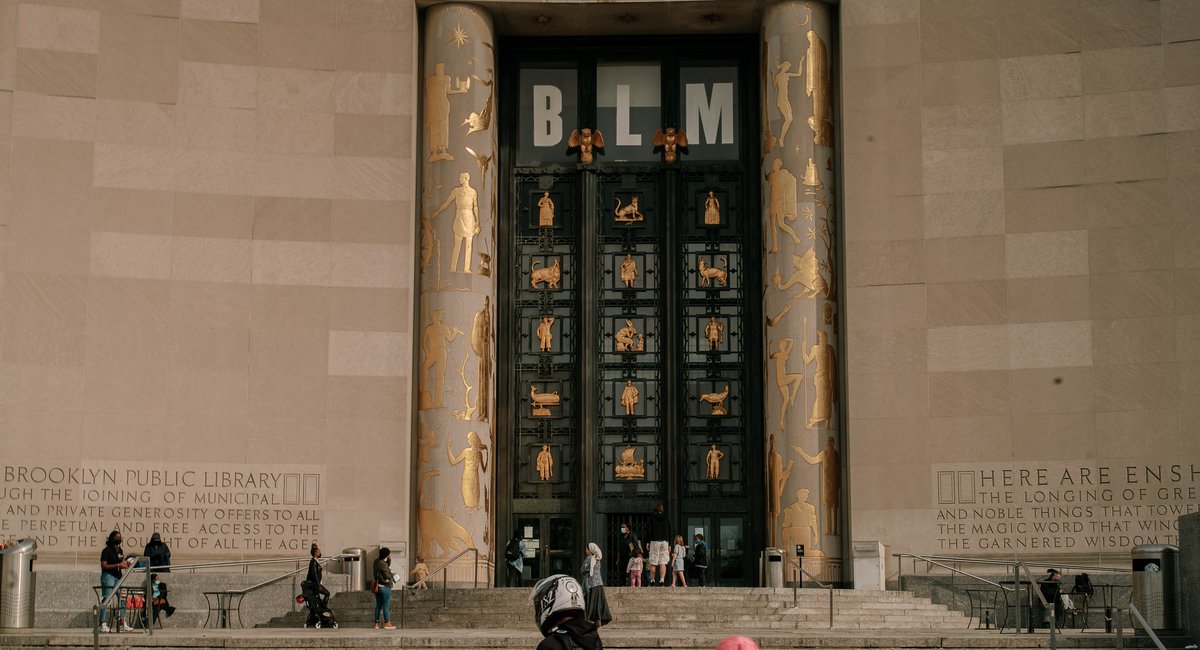 When the pandemic hit, much of the city shut down, including its public libraries—they closed on March 14, 2020, and over a year later have yet to restore full service.

Natalya Murakhver is an Upper West Side mom and a self-described “fan and frequent patron” of her local public library. She said she can’t understand why the city’s library systems have been so slow to restore something similar to pre-pandemic service, which would reacquaint her kids with one of their favorite activities: browsing the stacks, choosing a book, and then sitting down to lose themselves in its pages.

“It’s an essential service,” Murakhver said of this traditional form of library access, which has been suspended since the start of the pandemic. Last July, select branches began allowing patrons to enter their building lobbies to “grab-and-go” materials they’d reserved online. Libraries have also beefed up digital book-lending. And like a lot of institutions, they’ve been holding events, and even some one-on-one consultations with librarians, via video.

But Mrakhver said it’s now time for the branches to return to more in-person services. “I don’t understand why they’re not open in that way. We’ve been going to bookstores for months and, I mean, Barnes and Noble and independent bookstores are great but they’ll never replace our libraries—they’re like a nucleus that’s gone from the community.” They also provide free internet and computer access to those who do not have it otherwise.

Demand for libraries to reopen has intensified as vaccinations proceed and all kinds of indoor spaces—gyms and theaters, restaurants and museums—are letting customers enter their premises and linger.

The three library systems that serve New York City (the New York Public Library, Brooklyn Public Library, and Queens Public Library) are coordinating this next phase of re-opening. We spoke to the city’s three chief librarians, who described what they’re calling “phase two” of re-opening, and what it will look like. Essentially, mask-wearing and socially distanced patrons will be allowed to venture beyond the lobby of some branches to browse for books, do reference work, and make use of the computers.

The chief librarians would not say exactly when the changes would go into effect beyond “early to late May,” but library staffers told Gothamist/WNYC that a memo went out on Friday that put their system’s start date as May 10th. (The staffers couldn’t give their names because they weren’t authorized to share the content of the memo.)

Nick Buron, the chief librarian in Queens, explained that phase two will be something of a pilot program. “We want to be able to do this around the borough at a handful of locations and then soon after expand that number,” he said.

The three library systems seem to have agreed on proceeding with caution. “We can’t just open the doors without monitoring the numbers that are coming in,” Buron said, raising the possibility that patrons could be subject to the familiar pandemic practice of waiting in line outside once indoor capacity has been reached. “We want to make sure that our staff feels safe and the public is accommodated. We want to get this right.”

The city’s library systems are independent, non-profit entities that report to the mayor and the New York State Education Department. Last month, the department sent a letter to the state’s 23 public systems to advise them on re-opening. The letter begins, “With more New Yorkers now vaccinated, and good news such as the recent CDC guidelines about surface transmission, the State Library is seeing more and more libraries in the State reopening to the public and no longer having to quarantine library materials.”

Yet the letter does not go on to recommend patrons be granted wider access to spaces and materials in the branches. It only requires that hours be increased at central libraries. The city’s three central library branches are planning to do just that as part of the phase two plan. An education department spokesperson told Gothamist/WNYC in an email that the state was hoping the resumption of in-person services at libraries would begin “as soon as possible.” But the spokesperson declined to criticize the city. “NYC libraries are facing unique circumstances and we are supportive of their progress toward reopening,” the email concluded.

A spokesperson for City Hall declined to comment on the library reopening process.

John Hyslop is president of Queens Library Guild Local 1321, part of DC 37, which includes more than 3,000 library workers in New York City. He said the problem is not with them. “For the most part, our members want to be interacting with customers because they enjoy that interaction,” he said. “We also know we have vital services that people need and want.” He praised the Queens Public Library system for providing protective equipment to workers, keeping staffing at branches to a minimum, and following rigorous safety protocols. But he believes that now is the time to let the public back in. “Of course everybody is anxious about this disease,” he said. “But people are getting vaccinated, and we know more, so the members are feeling better about re-opening.”

Brian Bannon, chief librarian of the New York Public Library, which includes Manhattan, the Bronx and Staten Island, said city library staff will not be required to show proof of vaccination before returning to their public-facing work. “But we’re playing an active, participatory role in getting people the right information so they can make the best decision for themselves, their families, and society,” he said, adding that employees are given time off to get COVID-19 tests and vaccinations, and that they’re encouraged to let supervisors know when they’ve been vaccinated. “We’re trying to be as responsible and responsive as we can in terms of public safety and public health.”

Bannon contended that the libraries’ course of action was appropriately prudent. “Libraries are one of the most trusted public institutions,” he said. “People really value what the public library does. And yes, like other New Yorkers, we’re eager to get back to business as usual. But we’re still living in a time of pandemic—we’re still living in a time where public safety has to be the number one priority.”

And what about that most cherished of library activities: in-person children’s story hour? The Queens chief librarian, Nick Buron, says it’s coming back … but not indoors. “We are looking to have that happen safely outside during the summer,” he said. He also said that fines for overdue books and other fees for materials will not be collected, as has been library policy in New York throughout the pandemic.

Juan Ardila, a challenge in the Democratic primary race for the 30th Council District seat in Queens…

The original Broadway production of In The Heights opened at the Richard Rodgers Theatre March 9, 20…

Stars: they’re just like us! While Lupita Nyong’o was preparing for The Public Theater’s radio play …