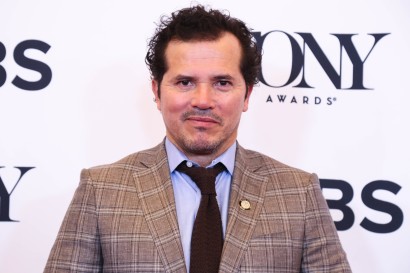 A streaming version of Samuel Beckett’s Waiting for Godot will be the first offering from The New Group Off Stage, a new venture from Off-Broadway’s The New Group.

Directed by Scott Elliott, the classic will premiere May 6 at 7 PM ET at TheNewGroup.org. The cast features Tony nominee Ethan Hawke (The Coast of Utopia) as Vladimir, Tony recipient John Leguizamo (Latin History for Morons) as Estragon, Wallace Shawn (Aunt Dan and Lemon) as Lucky, rapper Tarik Trotter as Pozzo, and Drake Bradshaw as Boy.

“This project is the epitome of what we mean by ’theatrical expressions in different media’: bringing together top tier artists across disciplines—film, television, stage, music—to collaborate in a hybrid, on-screen world, finding a way to make a play newly alive for themselves. It was a unique and singularly meaningful experience for all of us,” shared New Group Artistic Director Elliott.

In Waiting for Godot two wanderers wait by a lonely tree, to meet up with Mr. Godot, who they hope will change their lives for the better. Instead, another couple of eccentric travelers arrive, one man on the end of the other’s rope.

Waiting for Godot is produced by The New Group Off Stage in association with John Ridley’s Nō Studios and Frank Marshall and co-produced by MiLa Media.

Tickets are $19.99 for a 72-hour rental or $24.99 for a 7-day rental. Audiences can also purchase the $99 Off Stage Access Pass for unlimited, viewing through its release, plus access to upcoming Off Stage projects through 2021. Visit TheNewGroup.org.

Look Back at John Leguizamo’s Solo Shows on Broadway

Citing Her Own Family Story, Kathryn Garcia Calls For Changes To Foster System