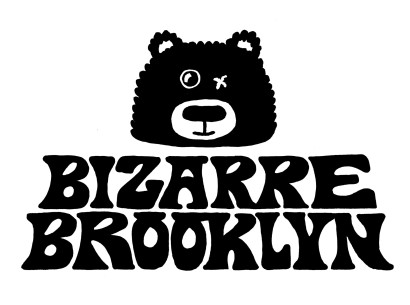 During the pandemic, theatremakers have faced the challenge of creating new ways to continue bringing stories to audiences safely. As theatre starts to come back, we continue to see innovation and creativity flourish, turning what would be a traditional show into an innovative theatrical experience.

Bizarre Brooklyn does exactly that. A “semi-theatrical, partially-factual, ambulatory experience” that immerses the audience in the history, sights, and flavors of Brooklyn, the format of the show is most similar to a walking tour. A group of 25 people is led through the streets by a guide and provided with audio receivers to enjoy an eclectic selection of musical tracks which underscore the live narration.

The tour structure may be broken at any moment by a surrealist social experiment, post-modern ritual, or unplanned collaboration with passersby. It’s often difficult to determine which parts of the show are planned and which are improvised. There is a blurry line between where the script ends and where the chaos of the city begins, which means that no two performances are exactly the same. The tour begins at Borough Hall and stops at severa historical landmarks, but it also explores more esoteric elements of Brooklyn in the realms of architecture, botany, literature, and cuisine.

The show was created by Speakeasy Magick’s actor and magician Alexander Boyce and collaborator Adam Rubin. “One of the most storied feats in magic history was performed in Brooklyn Heights in the early 1900s,” explains Boyce. “A mad scientist transformed the carriage house behind his brownstone into a private theatre to be used exclusively for fooling the greatest magicians of the era with an inexplicable card trick. Harry Kellar, Houdini, Adelaide Herman, all the most knowledgeable illusionists were flabbergasted, and yet, most Brooklynites don’t realize that the building which housed those legendary performances is still standing 100 years later.”

“The secret goal of Bizarre Brooklyn is to use art and artifice to help people realize that New York City is a magical place. The show succeeds when it inspires a perspective shift, the audience starts to see the world a little differently and embrace a mindset of enthusiastic appreciation. If you go out for a walk expecting to discover amazing things, a thousand tiny miracles will reveal themselves to a curious mind,” adds Rubin.

Performances are held Saturday nights at 8 PM and run about 90 minutes.

On the first day of early voting for the June 22nd primary, Reverend Al Sharpton announced he won’t …

Below are just some of the digital offerings this weekend. For more, check out Playbill’s Streaming …