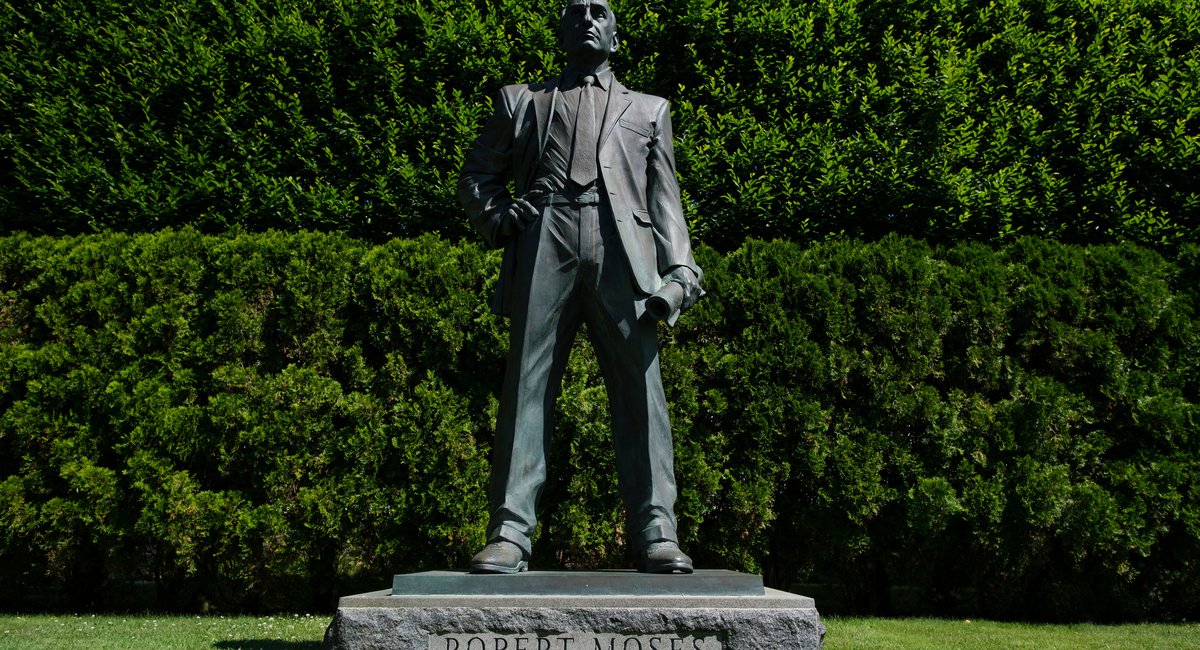 After Transportation Secretary Pete Buttigieg told news website The Grio in an interview published last week that “there is racism physically built” into some highways, a heated corner of the internet began relitigating the history of highway building and urban planning in the U.S.

Buttigieg seemed to be referencing infrastructure projects that divided communities and were tainted with racial bias by those in charge during an interview touting President Joe Biden’s jobs and infrastructure proposal.

But some conservatives mocked the concept that highways were built based on racial discrimination. “This is not a parody,” a young conservatives group tweeted with an image of Buttigieg’s quote.

Historians and urban planners on Twitter were quick to remind everyone that, yes, actually, some highways do have racist origins. And naturally, Robert Moses started trending.

Robert Moses is the most well-known offender but he wasn’t alone. The entire planning profession is culpable for the racism of highways.

Our org defied Moses on projects like Battery Bridge (1939) but our 1st Regional Plan (1929) proposed routes for Cross Bronx & other highways. pic.twitter.com/cYF7dt6hXU

Buckley defended Jim Crow laws, saying the “white community” is “entitled” to take steps to ensure it “prevails politically” because “it is the advanced race.” pic.twitter.com/HtNwCtGS7k

Anyone who has ever studied road-building history of *any* major American city, knows what Pete B. was talking about.

Suppose you think reading ‘The Power Broker’ about NYC is too tiring. Or any account of Chicago or Boston highway-building.

And what to my wondering eyes should appear, but “Robert Moses” trending in the Twittersphere! 😍
It warms my historian’s heart to see Resisters call out fascist BS with history. Here’s some more. America is paved with racism; it’s in the 🇺🇸 blueprint.https://t.co/snV4wU76OL

For those unfamiliar, Moses was an urban planner in New York credited with building many bridges and highways around the metro area. He has been credited for opening Jones Beach to the public—but is infamously cited in Robert Caro’s The Power Broker as making the Southern State Parkway leading to the beach inaccessible via public transportation because overpasses were built too low for buses to pass. The structural choice is now seen as a tactic intended to keep people of color from accessing the beach.

Some say Moses’s parkway design was more complicated than that. City planning professor Thomas Campanella wrote in a 2017 City Lab article that “parkways” were intended to exclude trucks and buses, which was “essential to the aesthetics of the parkway, and had nothing to do with racial discrimination.”

But Moses’s legacy extends further than the most frequently cited anecdote.

To build Lincoln Center, Moses displaced 7,000 families, many who were low-income, in the process. The construction of the Bronx’s Cross-Bronx Expressway divided neighborhoods and has become the structural signifier of high asthma rates in the Bronx.

In Brooklyn, Moses built the BQE, structurally cutting off Red Hook from the borough and the wealthier neighborhoods of Cobble Hill and Brooklyn Heights. Transportation Alternatives, a street safety advocacy group, wrote in a blog post last summer: “Moving between these neighborhoods requires finding the single pedestrian overpass, or crossing a fast eight-lane street on one of very few crosswalks under the highway. This is the legacy of Robert Moses.”

The connection between transportation, infrastructure and racial discrimination can be seen across the country, with infrastructure projects disproportionately harming people of color. “Oftentimes, communities of color have the wrong complexion for protection,” urban planning professor at Texas Southern University, Robert Bullard, told NPR in a July 2020 report. “You can’t wash race out of it.”

As Pride month continues, we are taking a look at some of the theatre characters that have moved us,…

William Shakespeare’s 39 plays—give or take, depending on who you ask—are performed constantly aroun…

Read on for more theatre news you may have missed in today’s headlines. Juilliard Black Alumni…