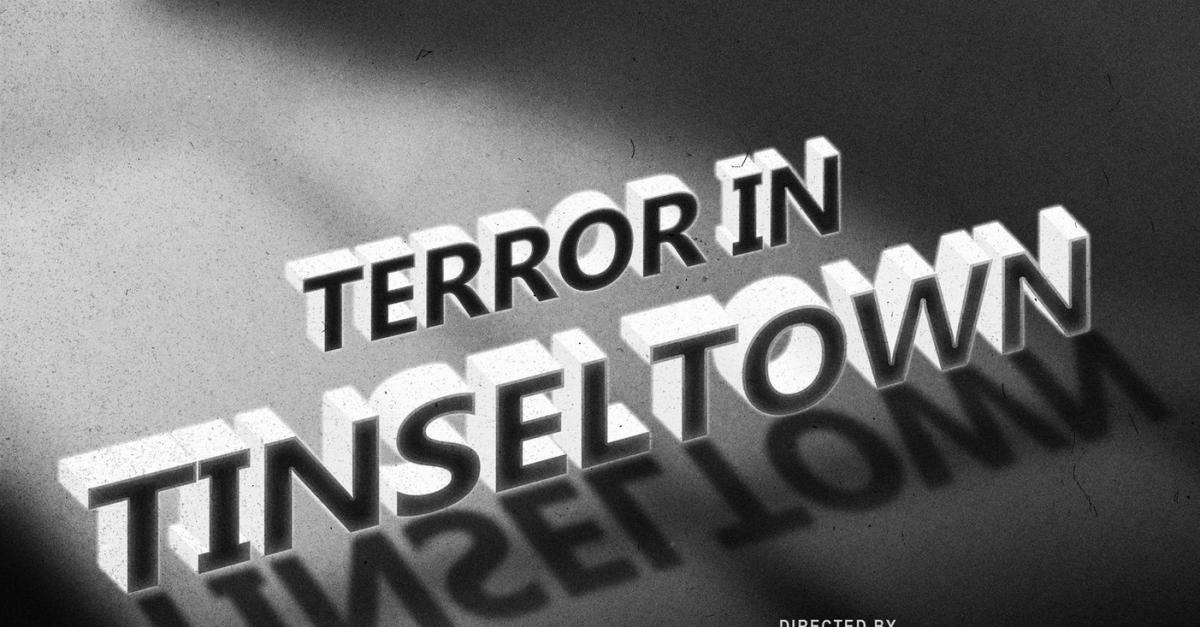 Tired of watching people on the silver screen butcher a role you were born to play? Are you a fan of glamorous, old Hollywood? Try out a digital theatrical experience unlike any other in Broadway Murder Mystery’s Terror in Tinseltown, where audiences can choose to be a part of the cast or enjoy the show as an armchair detective.

The next performance of the virtual production, part of Playbill Experiences virtual events, takes place at 8 PM ET April 15. Click here for tickets.

It’s 1928, and the talking picture has turned Hollywood on its ear. That is, until famed silent movie star Sly Mandrake turns up dead on the set of his latest picture The Singing Sheik. What seemed to be a tragic accident now looks more and more like a Hollywood hit job.

Who bumped off this heart throb of the silver screen? Was it the controlling director Burly Bellows, frustrated with Mandrake’s lack of elocution? Or his vengeful scene-stealing scene partner, emerging starlet Nettie Potts? Perhaps the culprit is famed LA mobster Hoochie Coodilinni or even Mandrake’s scorned lover Zelda Pinchbottom.

Here are your options:

1) Play the Part: show off your acting chops on the Playbill Virtual Stage for everyone in attendance to see. There are (up to) 15 characters available in Terror In Tinseltown. Our host will be acting as the casting director for the event, and you’ll be assigned a role to play prior to the event. All roles will be assigned within 48 hours of your ticket purchase and your “scripts” will be sent in advance (no need to prepare). Prior to showtime, meet the other performers in the virtual green room, receive your virtual backdrops, learn how the game is played, get pointers from the director, and then it’s lights, camera, murder!

2) Solve the Crime: participate offstage behind the scene of the crime, while our characters perform the murder mystery. You’ll be tasked with figuring out who the killer is and chat with other detectives throughout the event. At the end, you get to share who you believe the killer is.

Time to whip out that hooch and get jazz on the phonograph—we’re headed to Hollywood for Terror in Tinseltown!

Can You Finish the Missing Lyrics to Waitress?