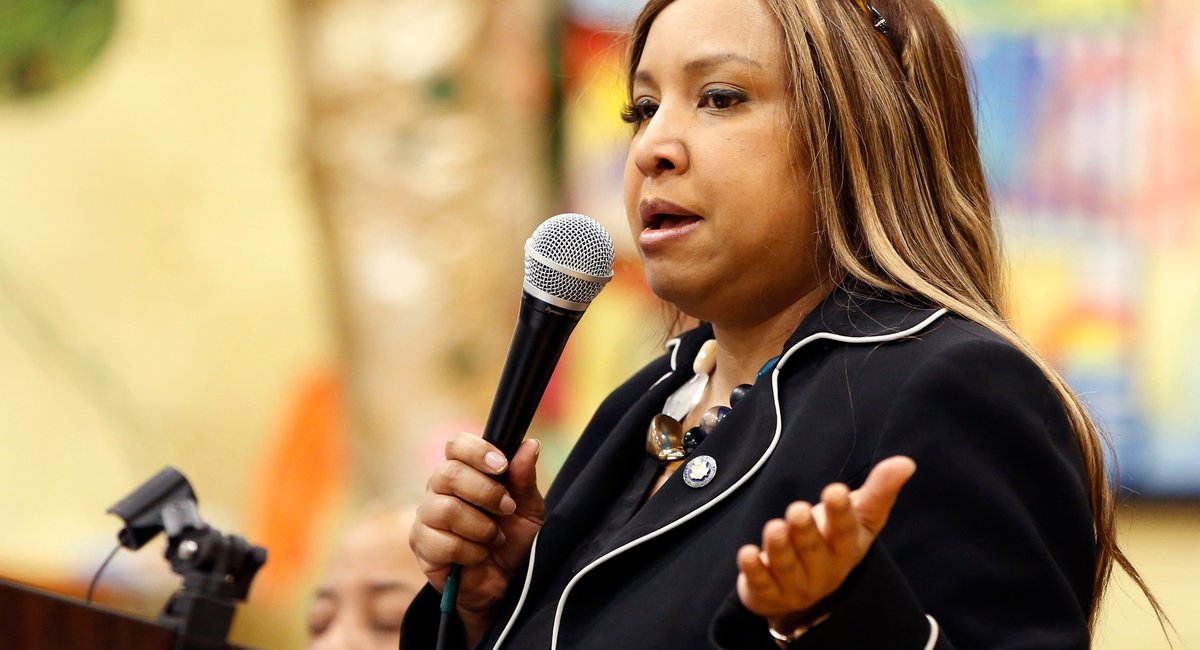 A former Trump appointee has admitted to violating a federal law by producing a video that aired during the Republican National Convention last year which boasted that conditions at the New York City Housing Authority had improved under the former president.

An investigation by the U.S. Office of Special Counsel found that Lynne Patton, who served as the Housing and Urban Development administrator for the New York and New Jersey region from 2017 to earlier this year, violated the Hatch Act, which limits political activities of federal government employees. The office determined that she leveraged relationships she forged during a month spent living in public housing as part of her job to recruit tenants for the video.

“By using information and NYCHA connections available to her solely by virtue of her HUD position, Patton improperly harnessed the authority of her federal position to assist the Trump campaign in violation of the Hatch Act,” the U.S. Office of Special Counsel [OSC], which oversees enforcement of the Hatch Act, said in a statement.

Patton agreed to a settlement with OSC, under which she is barred from working for the federal government for four years and will pay a civil fine of $1,000. As part of that settlement, she also admitted to the violation.

In a statement to Gothamist/WNYC, Patton said she had received permission and legal guidance from the HUD Office of the General Counsel & Ethics for the video and “followed their instructions to a T.” She added that she learned after leaving her post that it was “incorrect and/or incomplete legal advice,” but that she had no regrets.

“I will never regret creating a Republican National Convention video that highlighted the permanent and continued improvements being made to the New York City Public Housing Authority (NYCHA) thanks to the efforts of President [Donald] Trump, Secretary [Ben] Carson and myself,” she said.

Noah Bookbinder, president of the group Citizens for Responsibility and Ethics [CREW] in Washington, D.C., which filed the complaint against Patton with OSC, said he was “gratified.”

“Even in an administration marked by a callous disregard for ethics laws, Lynne Patton stood out,” he said in a statement. “What made her behavior particularly egregious was that she not only used her position for political purposes, she misled and exploited public housing residents for political gain, showing little regard for the people she was supposed to be helping and the ethics rules she was supposed to be following.”

In a follow-up interview with Gothamist, Bookbinder added that this kind of disciplinary measure was sending an important message, even with a new administration in power.

“The idea of government employees and administration officials misusing government for politics—that’s a recurring issue and a recurring problem,” he said. “If we want to discourage those kinds of abuses going forward, you have to have consequences when people do it.”

During Trump’s term in office, 200 federal employees were found to have violated the Hatch Act, “including at least 17 political appointees,” according to an OSC spokesperson. But despite formal reprimands issued by the OSC, the White House did not take further disciplinary action against any of the Trump appointees, and Patton is the first high-ranking member of the administration to be penalized under the Hatch Act.

After the Patton video aired during the 2020 R.N.C., some tenants told the New York Times they were misled about its purpose. In an interview on Tuesday, one of the tenants, Manny Martinez, president of the South Jamaica Houses Resident Association, declined to say whether he knew the video would air during the convention, but said he agreed to speak on camera because he wanted to draw attention to poor conditions at NYCHA.

“This is pretty much vindication that what we said was taken out of context, was not in the manner that it was supposed to have been displayed or presented,” he said. “This goes to show how our quality of life is so intricately entangled with politics. People are playing politics with our lives.”

When the pandemic began, lox slicer Len Berk was furloughed from Zabar’s. At first, as Berk re…