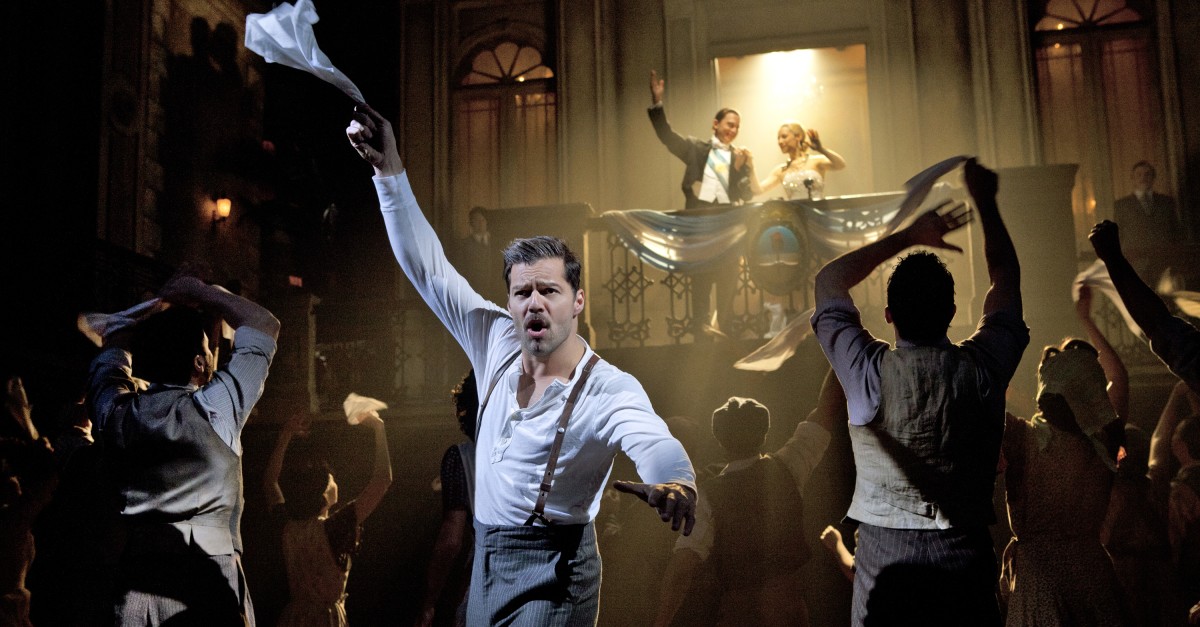 1906 Britain’s first actor-MP, A.E.W. Mason, delivers his first speech. The theatre community sees this as a victory, hoping it will have an advocate in the House of Commons.

1956 London’s Phoenix Theatre hosts The Power and the Glory. It is the second production of the Peter Brook-staged, Paul Scofield-starred season. There are 68 performances of Denis Cannan‘s adaptation of the Graham Greene story.

1962 A Thousand Clowns and Jason Robards make a run for it in the Herb Gardner comedy. Robards plays a nonconformist caring for his nephew and fighting the Welfare Department.

1998 Quentin Tarantino and Marisa Tomei open a Broadway revival of the 1966 thriller Wait Until Dark by Frederick Knott. Tarantino, director/actor of cult classics Reservoir Dogs and Pulp Fiction, plays the psychotic stalker who preys on a blind woman, played by Tomei (Oscar winner for My Cousin Vinny). Playwright Knott made revisions for the production at the Brooks Atkinson Theatre.

2012 The first Broadway revival of Tim Rice and Andrew Lloyd Webber‘s Evita opens at the Marquis Theatre. The cast is headed by Ricky Martin as Che, Elena Roger as Eva Perón and Michael Cerveris as Juan Perón.

2017 Kevin Kline returns to Broadway after a 10-year absence to star in a revival of Noël Coward‘s Present Laughter, opening at the St. James Theatre. Kline’s performance as Garry Essendine, a self-obsessed actor in the midst of a mid-life crisis, wins him his third Tony Award.

He Spent 24 Years Behind Bars Because Queens Prosecutors Broke The Rules. Was This Their Only Wrongful Conviction?

Legendary actor and singer Judy Garland was born June 10, 1922. A child star made famous by The Wiza…