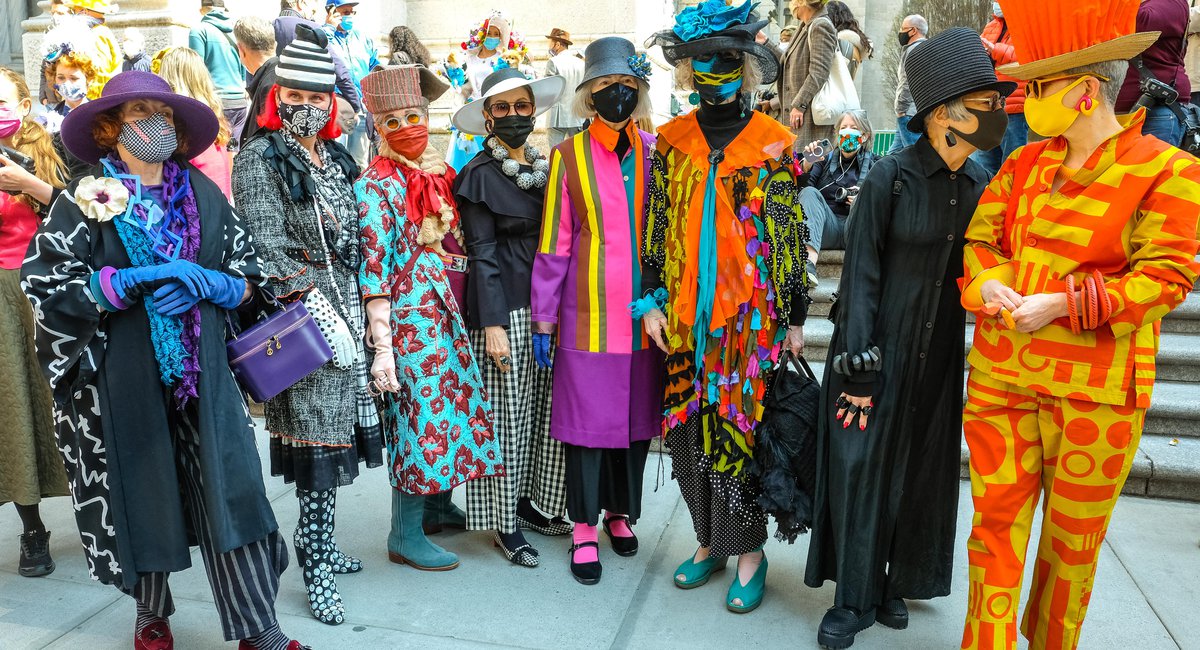 While the NYPD didn’t shut down Fifth Avenue this year for the traditional informal Easter Parade, dozens still showed up in front of St. Patrick’s Cathedral on Sunday afternoon to swan about in their incredibly colorful outfits and outrageously elaborate homemade bonnets. A joyous scene filled the sidewalks with the promise of spring and renewal.

Pastels popped and Peeps, bunnies, butterflies, and flowers created a temporary but hopeful landscape as the city still grapples with the COVID-19 pandemic. And though the numbers of participants and gawkers were drastically fewer than in previous years–and probably every year except last year since the tradition began in the 1870s–there was still a lot of that giddiness you’re seeing more and more of these days as the city slowly reopens, and regains its energy.

The NYPD was on hand, specifically the Counterterrorism Unit, but officers let the celebration play out on the sidewalks.

Closed By Coronavirus For Over A Year, One Harlem Church Hosts A "Trial Run" On Easter Sunday

Andrew Yang Wants To Turn NYC Into A Bitcoin Megahub. That Would Be Terrible For Climate Change

Read on for more theatre headlines you may have missed in today’s news. Full Casting Announced…

1947 The first Tony Awards ceremony is held at the Waldorf-Astoria Hotel in New York. Thirteen award…