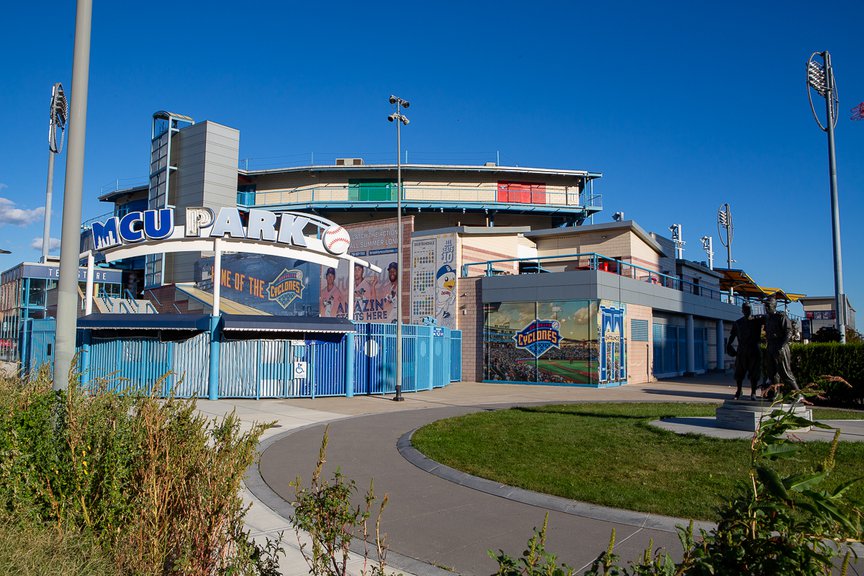 After the pandemic turned off the lights and shut down the cotton candy machines in Coney Island for 18 months, it was announced on Monday that the beloved amusement parks will finally reopen to the public this Friday.

Starting April 9th, Deno’s Wonder Wheel Amusement Park and Luna Park in Coney Island will reopen for the first time since October 19th, 2019. Initially, it will reopen at 33% capacity, with guests mandated to socially distance, wear face coverings, get a temperature check, and purchase tickets ahead of their visit.

“2020 marked the first time in 100 years that the wheel has not spun,” said the Vourderis family, owners and operators of Deno’s Wonder Wheel Amusement Park since 1983. “While it was a devastating time for many, we are excited to welcome back guests and celebrate the life and passion of our parents and grandparents’ hard work who dedicated their lives to providing Coney Island with a warm welcoming amusement park on the Boardwalk.”

In addition to the Cyclone and Wonder Wheel, there are several new rides for children, including Circus Candy, Fire Patrol, Rainbowheel, AeroMax, Grand Prix, and Mini Mouse. The park is also unveiling “Phoenix,” a new steel suspended rollercoaster which will allow riders “to feel like they are soaring through the air at 34 MPH at heights of 68 feet.”

The Brooklyn Cyclones, who will mark their 20th anniversary season this year, play their home opener against the Hudson Valley Renegades on May 18th at 6:30 p.m. The stadium is allowed to have 20% capacity initially, and single-game tickets will start at $18 for the 2021 season and be available to purchase in the coming weeks.

“It will be over 600 days since our last game by the time we take the field on May 18th, so that by itself will be exciting for our entire organization,” said Cyclones Vice President Steve Cohen. “With our season now starting in May and running through mid-September will be able to have almost twice as many games and still provide the same family-friendly, affordable entertainment with great giveaways and fireworks shows that people have come to expect when they come to see the Cyclones play.”

Not everything may be back this summer however—events such as the Mermaid Parade are still on hold, depending on whether the city and state adjust rules about large gatherings by mid-summer.

Back in April 2020, when they usually would have reopened for the season, Governor Andrew Cuomo ordered that all non-essential businesses remain closed as the pandemic took its toll on the city. Deno Vourderis, as well as Luna Park owner Alessandro Zamperla, believed the season could be salvaged after COVID-19 positivity rates kept declining during the summer, but they were never given the green light by the state, and the area turned into a “ghost town.”

Zamperla told Gothamist in September 2020 that Luna Park had not “generated $1 in revenue since October 2019.” As of January 2021, experts estimated that revenue losses during 2020 for the neighborhood are around $100 million.