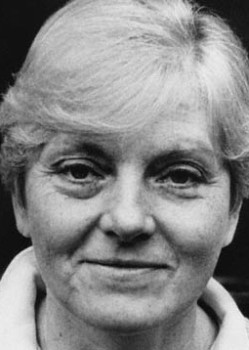 Tony-winning lighting designer Pat Collins, whose work was seen in over 30 Broadway shows like I’m Not Rappaport, Doubt, and Execution of Justice, died March 21. She was 88.

Ms. Collins’ prolific career spanned Broadway, Off-Broadway, regional and international theatres as well as a number of opera houses. She designed for Berkeley Repertory Theatre, Long Wharf Theatre, Steppenwolf Theatre, the Metropolitan Opera, and London’s Royal Opera House. Her work was most recently seen in a Los Angeles production of Skintight at the Geffen Playhouse.

“Her lighting was like her personality: She was nervy and intelligent but with a sensitive side,” scenic designer John Lee Beatty told The New York Times. “She really blossomed in tech rehearsals; she loved to create on the spot…she could do conventional lighting, but she also wanted to try everything.”

Patricia Jane Collins was born in Brooklyn, New York, April 3, 1932. She studied Spanish at Brown Univeristy’s Pembroke College. Shortly after, Ms. Collins attended Yale Drama School for a year. While she did not complete her studies, she met her life partner, Dr. Virginia Stuermer, there.

After college, Ms. Collins spent time working as a stage manager for the Joffrey Ballet and worked under lighting designer Jean Rosenthal. Ms. Collins then made her Broadway debut with The Threepenny Opera in 1976, for which she scored a Tony nomination. She won the award in 1986 for I’m Not Rappaport and was nominated a third time for Doubt in 2005.

Among her other credits are lighting design for the 1978 production of Ain’t Misbehavin’, the 1990 West End premiere of Into the Woods, the 1997 American Ballet Theater presentation of Othello: A Dance in Three Acts, and the 2000 Pulitzer Prize and Tony–winning play Proof.

"I Never Felt I Was Doing Anything Wrong": NYers Rejoice After Marijuana Legalization