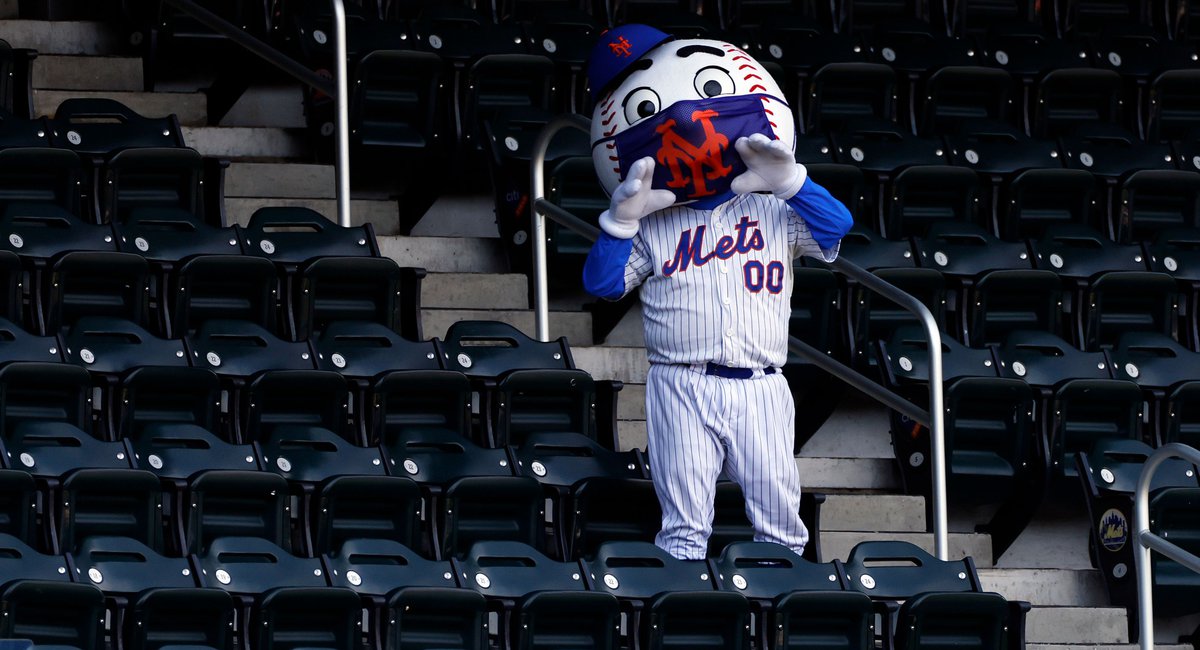 The Mets are embarking upon their 59th season of baseball sometime this week, which marks at least their 35th consecutive season of absolutely crushing New Yorkers’ hearts. There’s no doubt that Mets fans have a tortured relationship with success and failure when it comes to the team once nicknamed the “Lovable Losers” — or so says Devin Gordon, author of the new book, So Many Ways To Lose: The Amazin’ True Story of the New York Mets. Gordon spoke to Gothamist about what he calls “the best worst team in sports.”

As your book implies, Mets fans revel in being underdogs. That’s especially true when they compare themselves to the other New York baseball team, the Yankees, who are obnoxious in many ways, including in how they win more than the Mets. But the Mets are not all that exceptional at losing. Their record over the last 10 years puts them in the middle of the pack. The Mets are nothing special. Fight me.

You’re right. But there’s a crucial difference between being bad and being good at losing. Anyone can lose a dramatic playoff series, but only the Mets do it with a walk-off called strike three. Only the Mets would do that with our best, most clutch power hitter watching three straight pitches in the bottom of the ninth inning with the tying run on second.

You’re referring to how the Mets have a habit of jamming glory and defeat together and how they did it at the end of a single, dramatic game in 2006. It was Game 7 of the National League Championship Series against the St. Louis Cardinals. Tell me what happened.

In a span of 63 minutes between the 7th inning and the bottom of the 9th, I went from absolute certainty that we were going to win the World Series — the only time I have ever been dumb enough to have that thought — to the most crushing defeat of my life. I witnessed the whole thing live, in the flesh, at Shea Stadium. Mets outfielder Endy Chavez makes a historically miraculous catch in the 7th inning. And then, two innings later, it’s like somebody crosses out Chavez’s name from history with a Sharpie. Carlos Beltran, who’s actually our best playoff hitter, gets up to the plate and watches three straight strikes go by. We lose the game. And I learn a lesson that I will never forget, which is that God does not like me.

Yeah, there’s a great American expression that if you’re going to go down, go down swinging. And he literally just stood there with the bat on his shoulder.

Because I was there, I’ve never actually watched the footage of that Carlos Beltran at-bat. I just can’t do it. If you’re a Game of Thrones fan, I always compare it to the Red Wedding. You don’t go back and watch the Red Wedding if you were sitting in the pews.

You are clearly emotionally invested in the Mets. In my case, my family on both sides has roots in the Bronx so I was literally raised to be a Yankees fan. Instead I took the hard route, becoming a Mets fan. Why would you argue that that’s better?

It’s funny that you say this because in my book, Jimmy Kimmel, host of the ABC Late Night Show, says the same thing almost word for word. He says, “I guess I could root for the Yankees and watch them win a lot. That’d be easy. But that just isn’t me.” I feel the same way. It’s like the Mets choose you as much as you choose the Mets.

And part of what you’re choosing is the team’s history. For the Mets, that begins in 1962 when they set the major league record for losses in a season, right?

Yeah. The 1962 Mets. They were an expansion team and their final record that season was 40 – 120. It’s a record that has not been broken.

And one of their high-profile players was first baseman “Marvelous” Marv Throneberry. Mets fans nicknamed him “marvelous” in a fit of irony after watching him play.

Marv was by far the worst fielder in the National League. But he was also someone who had a particular specialty, which was hitting doubles and forgetting to step on first base. This was not something that he did once or twice. He did this a lot. And in fact, the most famous Marv Throneberry story is when he hit a triple but was called out on appeal for missing first base. When the Mets’ legendary manager Casey Stengel came out to argue, the umpire told him to save his breath because Throneberry had missed second base, too. True story!

This is the quality that you describe in the book as Metsiness. Every player makes mistakes over the course of a long season but Throneberry made comical blunders.

Yes. The title of my book is based on the Casey Stengel one-liner during the 1962 season about how he had no idea there were so many ways to lose.

So what you’re saying is the Mets fan has known occasional success but doesn’t really get to savor it for very long.

I would go even further. I would say that the moment you taste success, you should start to wonder when it’s going to end badly.

I know that feeling. And yet here we are in the hope-springs-eternal phase of a brand new baseball season. Let’s go, Mets!

"I Never Felt I Was Doing Anything Wrong": NYers Rejoice After Marijuana Legalization