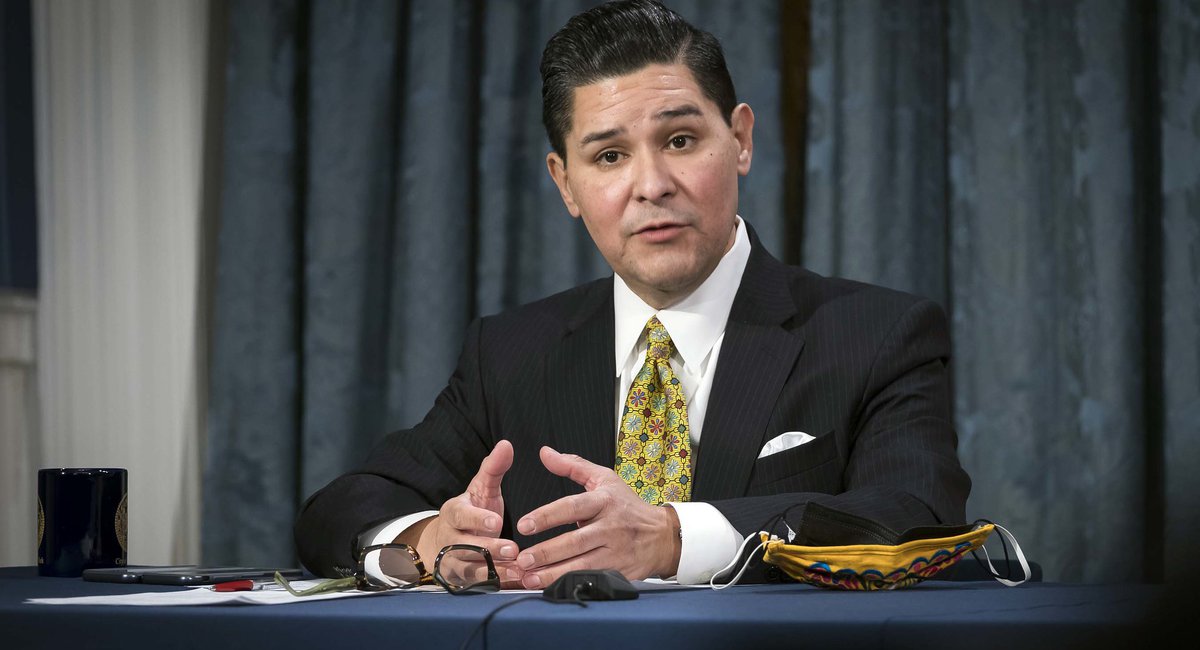 Less than a month after leaving the nation’s largest school district, former New York City Schools Chancellor Richard Carranza has a new job at a Silicon Valley e-learning platform. According to a company press release, Carranza will be the Chief of Strategy and Global Development at IXL Learning in San Mateo, California.

Carranza left his job at the helm of the city’s public schools system in March, saying he needed to take time to grieve the loss of 11 loved ones and close friends to the coronavirus. His abrupt departure came during the school system’s fraught process of reopening amidst the pandemic.

Some sources said disagreements with Mayor Bill de Blasio over desegregation efforts contributed to his move. The New York Times reported the mayor’s push to continue the admissions test for the city’s Gifted and Talented program this year was the final straw. Meisha Porter, a longtime education department official, took over as chancellor in mid-March.

In a press release, IXL Learning said that while leading the New York City schools, Carranza “bridged the technological divide between schools and communities, and worked to correct inequities in the education system.”

“Education is undergoing a profound transformation where teachers are utilizing technology to close learning gaps and provide every child with the tools to build lasting knowledge,” Carranza stated in the release.

Under Carranza’s leadership, the education department has distributed some 500,000 tablets to students since schools shut down because of the pandemic last spring. Carranza also oversaw the school system’s transition to remote learning, and the launch of hybrid learning in the fall. But some students have said the tablets they received from the education department are hard to use and it would have been better to invest in inexpensive laptops, instead. Most families and educators have said the public schools’ remote learning has been extremely lacking, though some students have thrived.

Carranza took over New York City’s school system in 2018, following the retirement of Mayor de Blasio’s first chancellor, Carmen Fariña. He was an outspoken advocate for desegregation. But his comments on the topic thrilled some educators and parents while alienating others. Those frustrated by Mayor de Blasio’s reluctance to even say the word segregation were heartened to hear Carranza full-throated calls for integration and criticism of selective admissions policies.

Some Asian American families said they were offended by the language he used to support the mayor’s plan to eliminate the Specialized High School Admissions Test (SHSAT), which is the single criteria for admissions. Carranza had said no one ethic group ‘owns’ admission to the specialized schools. These elite schools have a disproportionately high percentages of Asian students, while Black and Hispanic students are woefully underrepresented. In the months leading up to the pandemic, some critics and protesters followed Carranza from event to event.

Carranza is an experienced big city educator who led the Houston Independent School District and the San Francisco Unified School District before moving to New York. He’s not the first New York City schools chancellor to move into the technology sector. Joel Klein, who ran the school system under former mayor Michael Bloomberg, took over Amplify, an education technology company owned by Rupert Murdoch. He then went to Oscar Health and is also a board member of Juul Labs.

This story has been updated to reflect that Carranza resigned in late February.