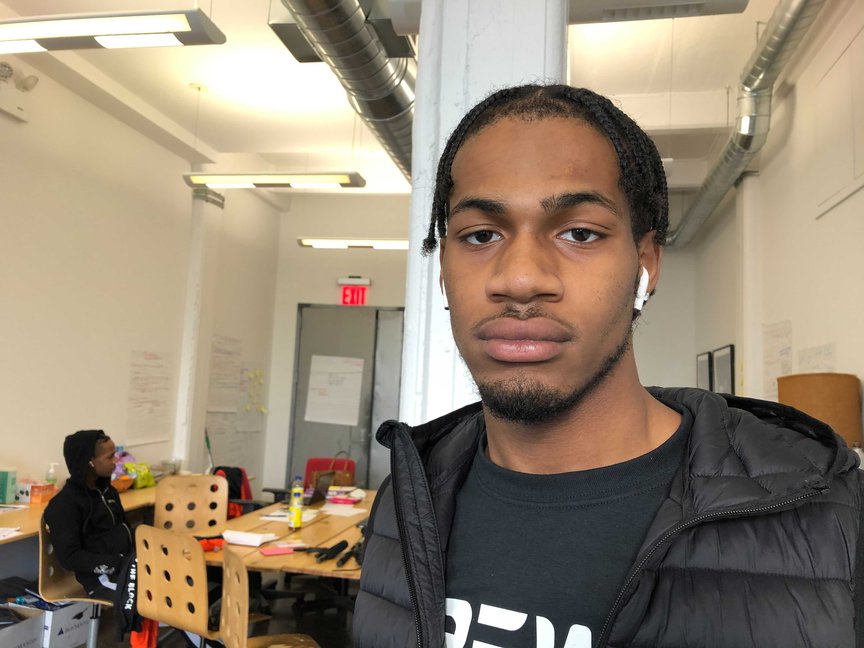 With protesters in the streets last summer demanding police accountability and cuts to the NYPD budget, Mayor Bill de Blasio promised to move approximately 5,000 school safety agents from the Police Department to the Department of Education by June of 2022, a concession in the ongoing debate over whether police have a role to play in New York City public schools.

It’s an issue that will land on the desk of the next mayor, and some mayoral candidates already are promising to go big, removing police from schools altogether, in part because they’re under pressure from vocal youth activists.

At a recent forum hosted by a coalition of youth groups including The Brotherhood Sister Sol, Girls For Gender Equity, and the Urban Youth Collaborative, three mayoral candidates—Dianne Morales, Maya Wiley, and Shaun Donovan—committed to fully police-free schools, meaning getting rid of school safety agents who serve a range of roles in schools, from front-door security to working with school leaders on school climate and discipline.

“It was definitely refreshing and exciting,” said Alyssa Figueroa with the Urban Youth Collaborative. “We’ve had a mayor for far too long just really not listen to youth about their concerns with police in schools.”

Education and youth advocates who support removal point to research that shows low-level encounters with law enforcement can lead to higher dropout rates and often to further criminal justice involvement for students down the line. Also, they argue, Black and Latino students are disproportionately affected, accounting for 91% of students arrested and summoned when they represent 68% of public school students.

Several mayoral candidates said they wanted to address this imbalance.

Donovan has a plan to get rid of school safety agents in their current iteration and create a new role called “Positivity, Prevention, and Relationship Response Coordinators” who are trained in child development and de-escalation. Morales said she would redirect the nearly $400 million the city spends on school safety agents annually to mental health services for students.

“When you think about safe schools…what you see are schools that are rich in resources, programs and opportunities,” she said. “We need to reclaim what it means to keep our students safe.”

Speaking at the same teen forum, Kathryn Garcia, Eric Adams and Scott Stringer said they would retain school safety agents, reflecting the positions of many families who consider a police presence in the schools essential, especially in neighborhoods struggling with gangs and weapons.

“I believe we can do a better job of what a school safety agent should be,” Adams said. “They shouldn’t even be wearing police-looking uniforms. Throw on some khakis or some jeans, [it] shouldn’t look like it’s a correctional facility.”

Stringer said school safety agents should remain in schools, but with limits. And he’s calling for a $283 million investment to hire 850 more guidance counselors and 2,300 more social workers.

“I do think they’re an important resource,” Stringer said of the agents. “We should not have school safety officers doing discipline and intervening with kids. That’s for guidance counselors professionals.”

Gregory Floyd, the president of Teamsters Local 279, the union that represents school safety agents, dismissed the proposal to rid schools of safety agents, suggesting candidates who supported it were out of touch with the reality inside many public schools.

“[They’re] people who call themselves woke, who should go back to sleep,” he said. “Do you have school-age children in the New York City public school? Are your children gonna be in danger, that’s my point?” Floyd said, adding that removing safety agents would lead to “anarchy” in the schools.

Police involvement in school safety started in 1998, under former Mayor Rudolph Giuliani. The agreement between the NYPD and the DOE, unchanged for more than two decades, was replaced in 2019 with a new memorandum of understanding that calls for fewer low-level arrests and more emphasis on conflict resolution.

In 2019, NYPD data show, nearly 600 students, including some as young as 11 years old, were arrested in and around public schools. Metal handcuffs were used on children as young as eight. Another 300 additional students were issued criminal summonses for things like marijuana possession, disorderly conduct, fighting, and weapons possession.

While suspensions and arrests have declined in recent years, Black and Latino students are still disproportionately arrested and issued summonses.

One of the students arrested last year was Royalhyness Allah, a senior at Dr. Susan S. Mckinney Secondary School of the Arts, about to graduate and head to college. A tussle between a group of students and a backup team of school safety agents, spiraled out of control, inside the school’s lobby. Allah was arrested and charged with assaulting an officer.

“Now I go back and think about it, I can laugh. At that time I thought I was going up top,” he said, referring to Rikers Island. “Damn bro. I just turned 18. I’m about to go up top already. I thought life was over.”

Police confirmed the arrest and the charges were dropped a year later, according to his attorney. Allah said he’d never had issues with school safety agents before that day, but after what he went through, he agreed students might be more inclined to cooperate with safety agents if they weren’t associated with the NYPD—“They need to be more connected to the students, and being under the NYPD it stops them from really doing that. All we do is see them as cops.”

The plan to shift school safety oversight back to the DOE is not fully fleshed out, and there remain vocal opponents, which is to say the next mayor will have a chance to build on the de Blasio administration’s efforts and establish a new school safety paradigm for the nation’s largest school system. The path forward though is not clear.

An overarching police reform plan, approved in a non-binding resolution by the City Council last week, includes a recommendation of a “transition team” of stakeholders to “review all policies” regarding “physical interventions” in schools, such as using metal handcuffs on students. It also calls for funding and staff training in restorative justice and de-escalation tactics.

As advocates and student groups apply pressure on mayoral candidates, there is also a push from the union representing school safety agents. Teamsters Local 237 is lobbying against the transfer of oversight back to the DOE, arguing it would make students and staff less safe. State data from the 2019-2020 show there school there were more than 4,000 assaults documented in public schools, 286 of which resulted in serious injuries.

Union representatives say they confiscated 2,700 weapons from students in a recent two-year period, and the 2017 murder inside a Bronx high school by then 18-year-old Abel Cedeno, still looms large for some families.

“The parents that we’ve been talking to are outraged because they know the dangers in our New York City public schools,” said Floyd, warning the next mayor not to remove school safety agents, “I guarantee you they would have teachers on strike, principals out, schools closed, parents not sending their kids to school cause it would not be safe.”

Dana Rachlin, with the nonprofit We Build the Block, a youth group that works on public safety and civic engagement issues, said there are many other ways to make school safe.

“If you put before-school and after-school programming with healthy meals, social workers, dance and art therapy programs, into the schools instead of school safety agents, I think you would far exceed the expectations of every student,” she said.

Peace talks are getting tense before they’ve even started in the Oslo trailer. The stage-to-sc…