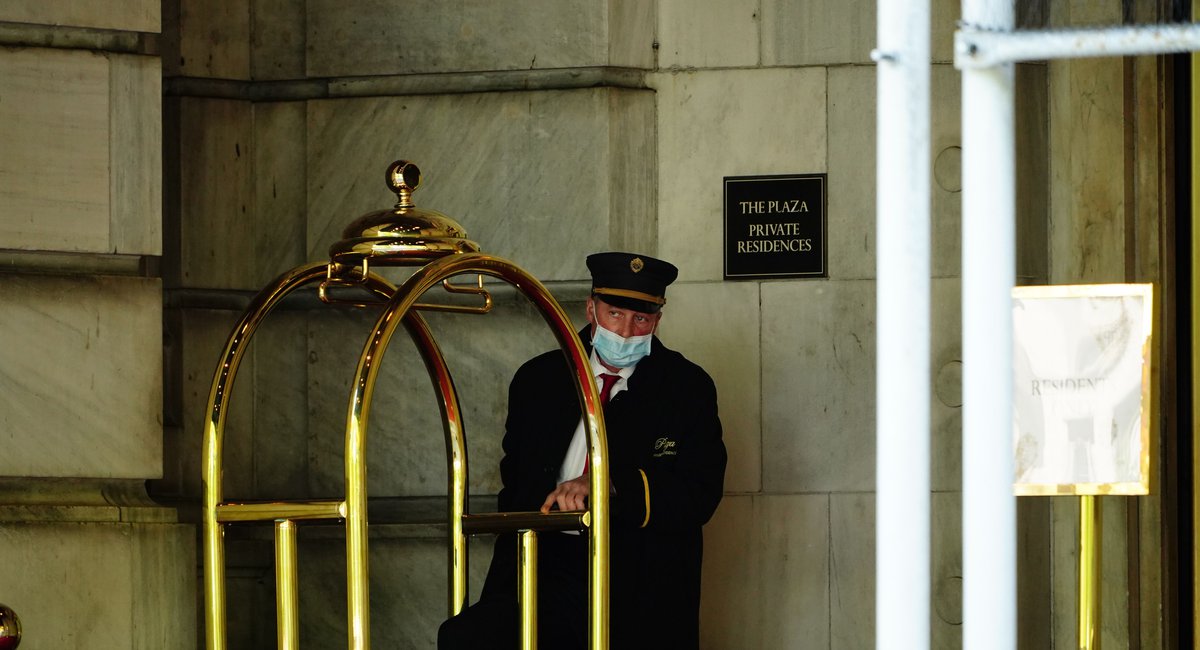 The state’s quarantine policies started last June, when Gov. Andrew Cuomo required visitors from states with high rates of COVID-19 positivity tests to isolate for 14 days upon arrival.  The quarantine period expiring on April 1st is only three days long.

Vijay Dandapani. president and CEO of Hotel Association of New York City, predicted this change will provide a boost to domestic travel, “both business and tourist, as short trips of less than four days were not possible with the quarantine.”

Although Governor Andrew Cuomo is lifting the quarantine for domestic travelers, it’s still being advised as an added precaution and remains mandatory for international visitors.  All travelers must also continue to fill out the state’s Traveler Health Form.

With almost 67 million tourists to New York City in 2019, the hotel industry is a major contributor to the economy. Dandapani said hotels contributed $3.2 billion annually in room taxes and employed 55,000 people pre-pandemic at about 700 hotels.

Today, he said, only about 10,000 of those employees are working because most were furloughed. Hotel revenue fell by 85% when shelter in place started last March 22, 2020, and Dandapani said more than 200 hotels closed in the past year – about 25 of them permanently.

Currently, hotel occupancy, while gradually rising, is still far below the city’s pre-pandemic levels. Among those that are still open, occupancy averaged about 50% in the middle of March said Haley Luther, communications manager for STR, which analyzes the hospitality industry, and peaked at 65.4% on a Saturday night. By contrast, she said the city’s hotel occupancy was over 85% during a comparable week in 2019.

But while the data are encouraging, Dandapani said hotels are still faring poorly because their room rates tumbled since last year and they can’t rise until tourism makes a stronger rebound.

John Fitzpatrick owns two hotels in midtown Manhattan. “I had 145 staff employees and I only have 20 working at the moment,” he said, adding that he used the Paycheck Protection Program from the first stimulus to keep them.

His Fitzpatrick Hotel by East 57th Street has been closed since last March, though he’s planning a gradual reopening at the end of April. He said occupancy at his Fitzpatrick Grand Central has been averaging about 15% – or 25 out of 155 rooms. Most of those guests are Aer Lingus crew members through his contract with the airline, he said. Low bookings affect room prices.

Fitzpatrick, who came from Ireland, where his family owns a hotel outside of Dublin, said vaccinations are helping visitors feel more comfortable about staying overnight and he recently had 60 guests on a weekend, “but it’s going to be a long haul back.” That’s why he’s looking forward to the end of the quarantine.

But public health experts and others still worry the city and state are reopening too soon, given the city’s stubbornly high COVID-19 case rate, a test positivity rate of about 6% and new, more contagious variants.

When Cuomo announced in mid-March that he would end the quarantine effective April 1st, Mayor Bill de Blasio remarked, “I don’t know if that’s the state’s idea of an April Fool’s joke, but it’s absolutely the wrong thing to do.”

De Blasio called the move “reckless” and Denis Nash, executive director of CUNY’s Institute for Implementation Science in Population Health, agreed. “This policy is good for business, but bad for public health,” he said, in an email to Gothamist/WNYC.

Visitors to New York may also be coming from states like Texas that have abandoned safety rules like mask-wearing, said Rachael Piltch-Loeb, an epidemiologist with the Program on Population Impacts, Recovery and Resilience at New York University. Instead of ending the quarantine, she said, the governor could have gone a more gradual route by requiring two negative tests before and after arrival, for example.

Cuomo has said lifting the quarantine doesn’t mean New Yorkers should let their guard down. The state still asks anyone to immediately self-isolate if COVID-19 symptoms develop and contact the local public health authority.

Hotel owners believe ending the quarantine is the right thing to do, though, now that vaccinations will be available for all New Yorkers over age 16 as of next week.

Patrick Denihan and his sister owned five Manhattan hotels before the pandemic; one, the Surrey on the Upper East Side, went bankrupt and has since been bought. He’s optimistic that the gradual reopening of sports facilities and arts events like the Tribeca Film Festival in June will encourage more visitors, now that the quarantine is over.

“I’m not so sure the quarantine lifting is going to make a massive change,” he said, explaining the combined impact of vaccinations and restaurants going to 50% capacity can make people feel safe and give them the sense that there are more things to do. Denihan said Mayor de Blasio’s announcement that 80,000 city workers will begin returning to their offices in May will encourage even more activity.

The hotel industry is hopeful tourism will rebound even more at the end of summer around the U.S. Open, the reopening of Broadway, and the U.N.’s General Assembly. But until then, Denihan predicted a gradual rise in occupancy.

“I am beginning to see the 25s are going to go to 30-35,” he said, referring to the percentages of nightly visitors. “It’s a very slow climb. There’s no quick fixes.”

After Two Years And $200,000, Council Still Has No Sexual Harassment Policy Audit

On the first day of early voting for the June 22nd primary, Reverend Al Sharpton announced he won’t …