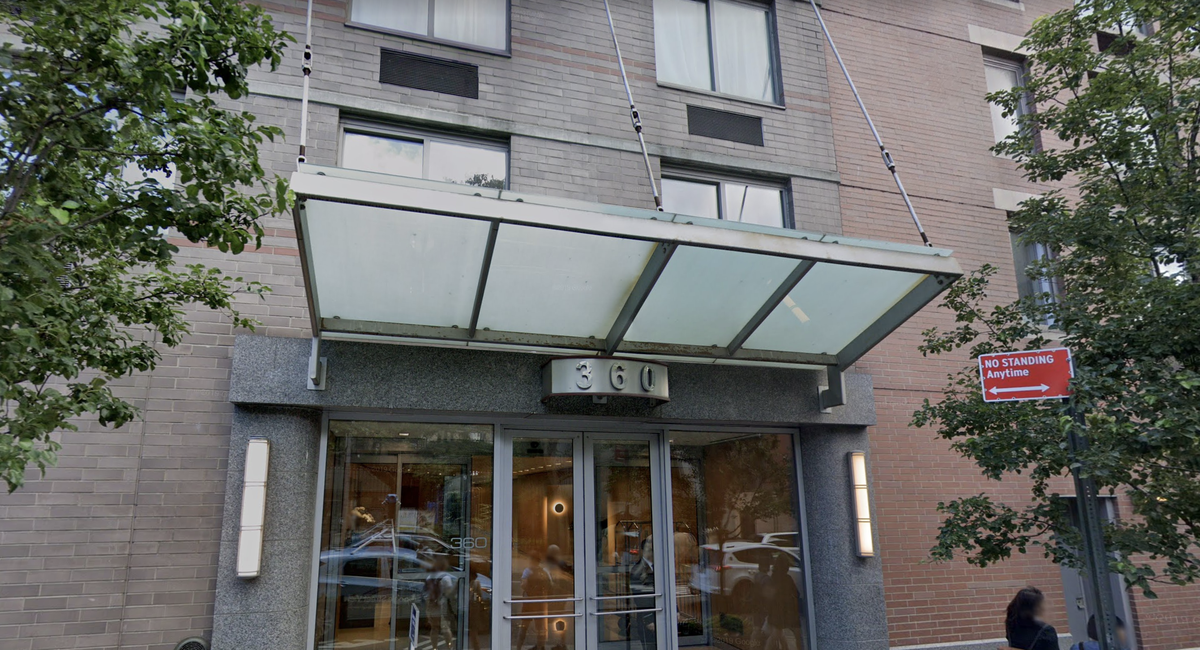 An Asian American woman was viciously attacked by a man who stomped on her head while shouting racist slurs on a Midtown street on Monday, according to police and video of the incident.

The assault unfolded at around 11:40 a.m. outside a luxury condo on 360 West 43rd Street, police said. Security camera video shared by the NYPD shows the assailant kicking the woman to the ground, then stomping on her head three times, before walking away.

The victim is a Filipino-American woman who was on her way to church, according to ABC-7 reporter CeFaan Kim. The assailant is alleged to have told the woman: “Fuck you. You don’t belong here.” The woman was hospitalized with what police characterized as a “serious physical injury.”

The building’s security footage also showed multiple people standing inside the lobby of the condo as the assault was underway. In the aftermath of the incident, as the woman was lying on the sidewalk, one of the men appears to close the door of the building.

The video, and the bystanders’ unwillingness to intervene, has prompted widespread outrage online. In a tweet that has since been deleted, the NYPD Asian Hate Crime Task Force wrote that the “cold hearted building security guard not only failed to render aid, he closed the door on the victim.”

On Tuesday, the building’s management company, Brodsky Organization, announced that two staff members who witnessed the attack had been suspended pending an investigation. The organization was also working to identify a “third-party delivery vendor” present during the incident.

The broad daylight attack comes amid a rise of anti-Asian violence, both in New York City and nationwide, that experts have attributed to pandemic-fueled racism. Last week, the NYPD said it was investigating 12 anti-Asian bias attacks this year, compared to zero during the same time period last year.

“We’ve gone from being invisible to being seen as sub-human,” Congresswoman Grace Meng tweeted on Monday. “We just want to be seen as American like everyone else.”

At his daily briefing on Tuesday, Mayor Bill de Blasio described the attack as “absolutely disgusting and outrageous,” and called on New Yorkers to intervene if they witnessed anti-Asian violence. “Do whatever you can, make noise, go and try and help, immediately call for help. Call 911,” he said.

NJ Students Are Falling Behind Due To The Pandemic, Study Finds

Read on for more theatre news you may have missed in today’s headlines. Juilliard Black Alumni…