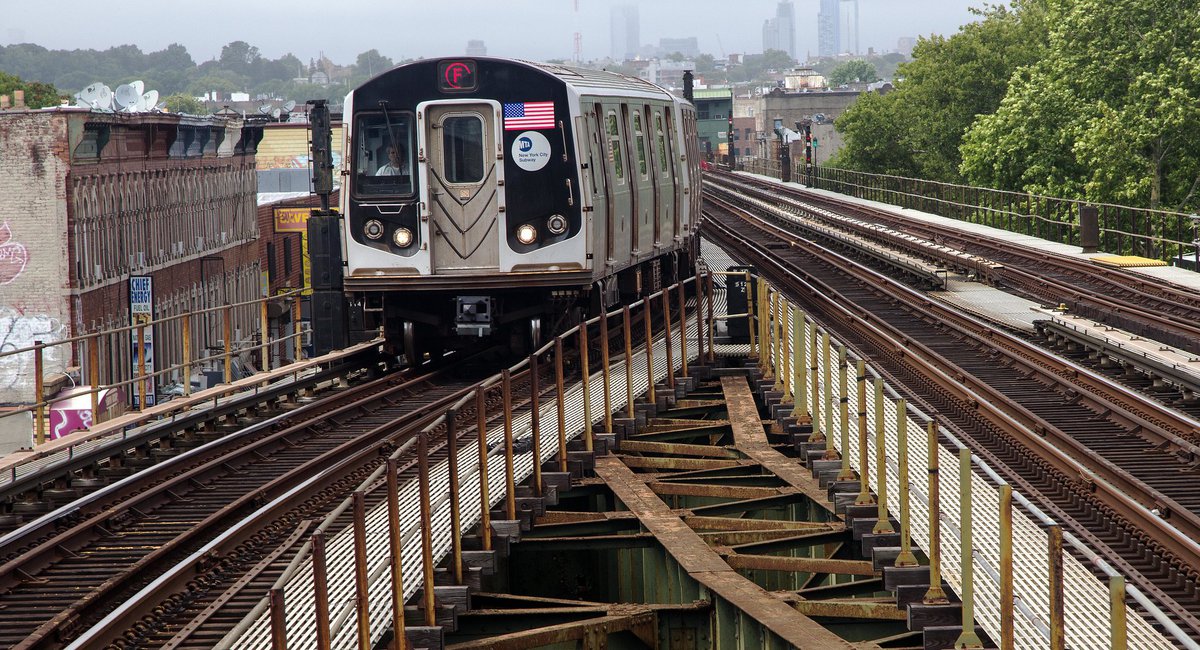 After the Transport Workers Union Local 100 filed a lawsuit earlier this month over cuts to C and F train service, the MTA announced Tuesday it will restore full service on those lines, with F service coming back in early May. It didn’t say when full C service would be restored.

“I think that’s the right thing to do to make sure that all of our C and F riders are getting as much service as they possibly can and as much social distance as possible,” New York City Transit Interim President Sarah Feinberg said Tuesday. “It’ll take us several weeks to bring the C and the F back; the F will come back first and then the C afterwards.”

While Feinberg didn’t mention the transit union’s lawsuit as the reason for restoring service, the union still considered the decision a win.

The union’s lawsuit wasn’t about overcrowding at all, rather transit workers who worked on the C and F wanted their shifts back. No jobs were cut.

The MTA reduced service on all train lines at the start of the pandemic, running what it called an essential service plan at the end of March 2020. This meant 36 fewer F train trips and 5 fewer C train trips a day.

But even after the MTA restored most service in August, the F and C remained at “essential service levels” as ridership on those two lines stayed down nearly 85%.

The MTA said during peak commuting hours, wait times for F trains have increased by 4 minutes, and by 12 minutes on the C.

Despite these restorations, the MTA still isn’t running full service between the hours of 2 a.m. and 4 a.m. when no customers are allowed on trains. But Feinberg said Tuesday that the return of 24-hour service is coming soon after almost a year. “We’re rapidly approaching a point where we’ll be able to get there,” she said.

The MTA’s budget has been decimated by the pandemic, as subway ridership continues to remain at least 60% or more below pre-pandemic levels. The agency had been losing $200 million a week for much of 2020, and predicted a $16 billion deficit through 2024.

Despite receiving a total of $14 billion in federal relief last year and this year combined, transit advocates are still concerned the governor will siphon off dedicated funds for MTA improvements during this week’s state budget negotiations.