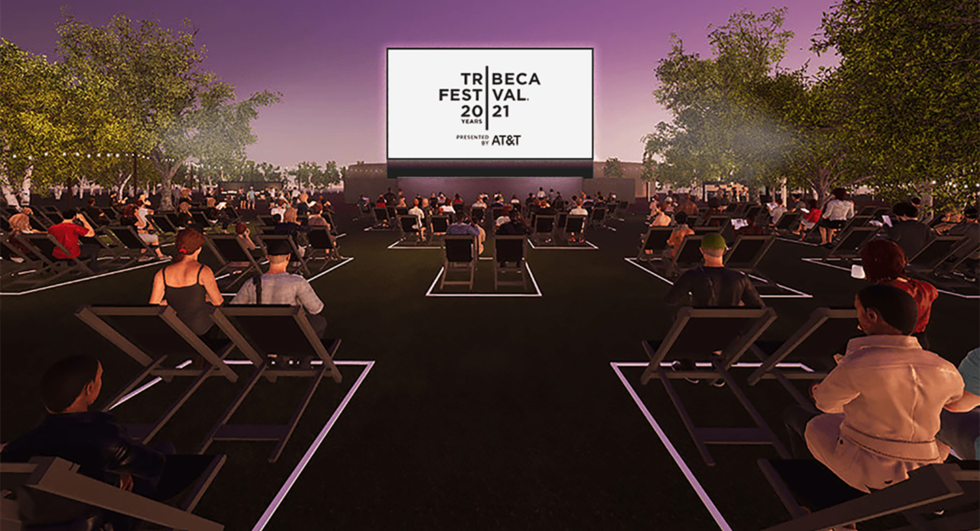 After a pandemic postponement in 2020, the Tribeca Film Festival is returning to in-person this year, which is made by possible by outdoor screenings across the city.

The festival will run from June 9th through 20th, with screenings in Manhattan at Brookfield Place, the Pier 57 Rooftop, The Battery, and Hudson Yards; the Empire Outlets on Staten Island; and at MetroTech Commons in Brooklyn. Other community screenings are planned for other boroughs as well, with 40-foot LED screens (last summer, Tribeca had a drive-in theater in Orchard Beach.)

In January, Governor Andrew Cuomo had teased the return of the film festival while announcing a plan to reopen the arts sector, which has been devastated by the pandemic. Some cultural venues will begin to reopen with COVID-19 testing protocols, and Mayor Bill de Blasio shared a plan to create vaccination centers for Broadway workers, in hopes of reignite the theater business.

“Tribeca is a community of the most resilient and talented storytellers on the planet. In 20 years, that community of creators and our partners have become a family,” said Tribeca’s co-founder Jane Rosenthal. “This summer we are excited to reunite as Tribeca becomes a centerpiece of live entertainment in neighborhoods across New York City.”

This would make the Tribeca Film Festival the first film festival in the U.S. to resume in-person; others have had drive-in screenings along with virtual showings.

The festival says they will be working the New York State Department of Health on safety protocols.

In The Heights: Finding Home Book Moves Up Publishing Date

After a long and brutal winter, New York City’s Hot Vax Summer is kicking off right on schedul…

1905 The colossal Hippodrome Theatre opens on Broadway. The inaugural production is the colorful ext…