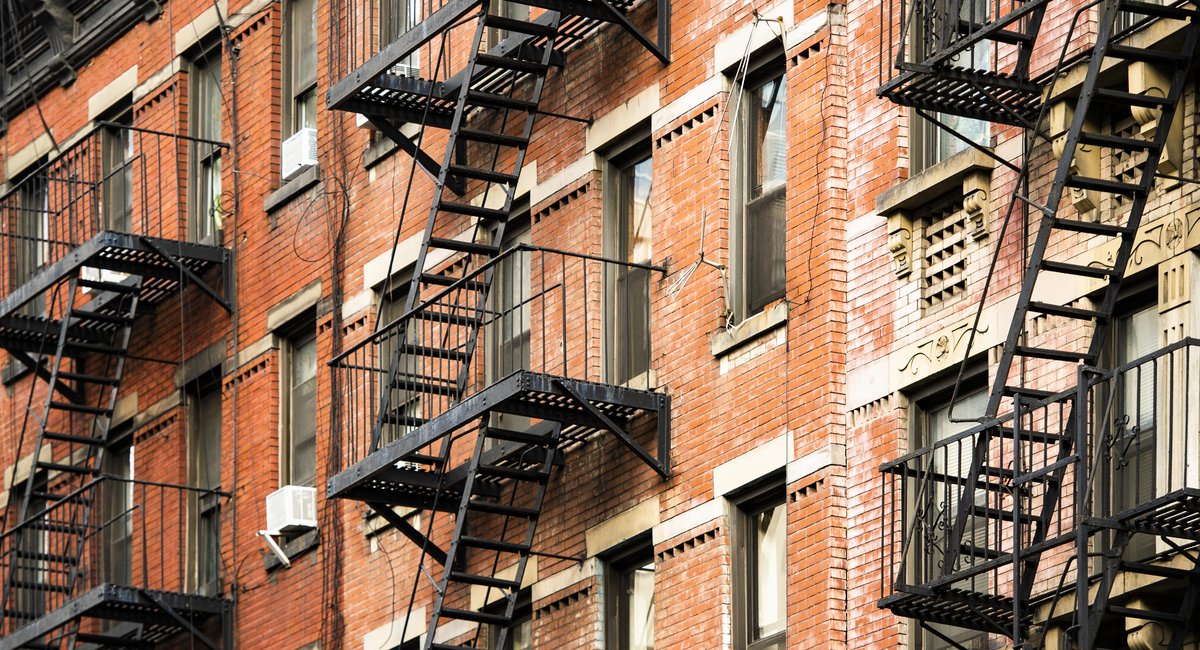 Despite changes meant to make it more accessible to applicants, the second round of New York state’s rent relief program has reached even fewer people than the first.

Nearly eight weeks after the February 1st deadline, New York has paid out just $7 million out of $60 million available for struggling tenants, according to figures from State Assemblymember Zohran Kwame Mamdani. Only about 1,000 additional households qualified for aid in the second round, out of 87,000 applications under review.

Between the two rounds, the state awarded $47 million in subsidies to 16,000 households, or roughly 16% of the total applications received since September.

“What we have to do is meet the actual needs of New Yorkers,” Mamdani told Gothamist. “And what this program did was nowhere close to that.”

Mamdani received the information from representatives of the state Division of Housing and Community Renewal at a meeting of the chamber’s Black, Puerto Rican, Hispanic, and Asian Legislative Caucus earlier this month. When reached for comment, HCR did not confirm or deny the numbers, but said it was working with lawmakers on a new program to distribute the leftover funds.

It’s estimated that between 800,000 to 1.2 million households in New York collectively owe more than $2 billion in rent. If those figures are correct, both phases of the state’s rent relief program have reached less than 2% of tenants in need. The $53 million in unspent rent relief funds is scheduled to be returned to the state’s Division of Budget.

More than a year into the pandemic, struggling tenants say their debt has only grown, along with the financial and mental toll of the threat of eviction, while the state has done little to help.

“It’s in their power to do something,” said 35-year-old Andrea Fonseca, a veterinarian’s assistant who owes $18,000 in rent for her family’s one-bedroom apartment in Elmhurst, Queens. Her husband lost his job at a bar last March, and doesn’t qualify for unemployment benefits because he is undocumented. After her work hours at an animal clinic were cut back, she signed up to deliver Uber Eats, Doordash, and Amazon orders.

Her family’s application for rent relief was denied last year in the first round, and again this past winter. Her denial letters did not state a reason.

“How much more do I need to go through to qualify?” she said. “Do I have to be starving and living under a bridge to qualify? It makes no sense to me.”

Likewise, Dawn Miller, 57, a food service worker at Brooklyn College, hasn’t been able to pay rent for her family’s Flatbush apartment since last April, soon after her workplace closed.

She was told last month she wasn’t eligible for state rent relief because she received federal unemployment benefits for part of last year. But she had to use those payments for other bills.

She currently owes more than $19,000, and she’s fighting an eviction notice she received from her landlord earlier this month.

Miller’s rejection demonstrates one of the main challenges to getting rent relief. New York’s program required applicants to show that they lost income between April and July of 2020 in order to receive a subsidy for those months. But unemployed New Yorkers were ineligible for aid if they were receiving additional $600 weekly federal payments, along with state unemployment benefits, during that time.

State housing officials told lawmakers that was the most common reason applications were denied, Mamdani said. But the $600 supplement expired at the end of July and was only partially and temporarily restored later in the fall. That meant in many cases the state based eligibility on applicants’ income when they were receiving more money than throughout the rest of the year.

“At the point at which people really needed help with rent, the program closed its doors,” said attorney Ellen Davidson of the Legal Aid Society, which helped clients apply for rent relief.

The first round of rent relief last fall distributed $40 million to 15,000 households. But tenant advocates said that fell far short of the need. They criticized the program for requiring applicants to prove they made less than 80% of their area median income and paid more than 30% of their income towards rent before April 2020.

In December 2020, Cuomo signed an executive order extending the program’s deadline to February 1st, with a new rule that no longer required applicants to show they were rent burdened before the pandemic. But it turned out that change failed to address the main obstacle tenants faced in getting aid.

“Clearly in hindsight, the program was too narrow,” said State Senator Brian Kavanagh, a Manhattan Democrat who chairs the chamber’s Housing Committee and helped write the rules last June. He said at the time, there weren’t enough funds to help everyone who needed assistance, and lawmakers had wanted to prioritize tenants with the greatest need.

Kavanagh and other lawmakers have since proposed a new program that would help tenants pay up to 12 months of rental arrears and utility bills. It would be funded by $1.3 billion from the federal emergency rent assistance program, in addition to the remaining money from the state’s previous rent relief program and funds from the most recent stimulus package. New Yorkers who make less than 80% of the area median income, are unemployed or have lost income, and are at risk of housing instability or homelessness would qualify. Applicants would also be able to submit affidavits as proof of eligibility in the absence of other documentation.

Kavanagh said he expects these changes would allow many more New Yorkers to get aid.

“[The new program] is ambitious enough and is generous enough that we really think we can pay virtually all of the rent arrears that have built up in the entire state,” he said.

But Cea Weaver, an organizer at Housing Justice for All, said that while funding for the new program appears sufficient, its effectiveness will also depend on whether the state simplifies the application process and conducts adequate outreach to tenants, especially in non-English speaking communities.

“They’ve made a lot of the changes that we’ve asked for,” she said. “But I don’t trust that they’ll get it right when they haven’t in the past.”

Meanwhile, Fonseca, the veterinary assistant, said she’s terrified about what’s going to happen after May 1st, when the state’s eviction moratorium is set to expire. She said she tries as much as possible not to think about it, and to focus on working.

“Physically and mentally, I’m not 100%, but I have to push through,” she said. “I have people who rely on me, mainly me, to keep them going.”

Heather Christian’s Animal Wisdom unfolds on screen rather than on stage. The writer-performer’s sho…

On March 29, 2012, one of Disney and Broadway‘s biggest hits officially opened at the Nederlander Th…