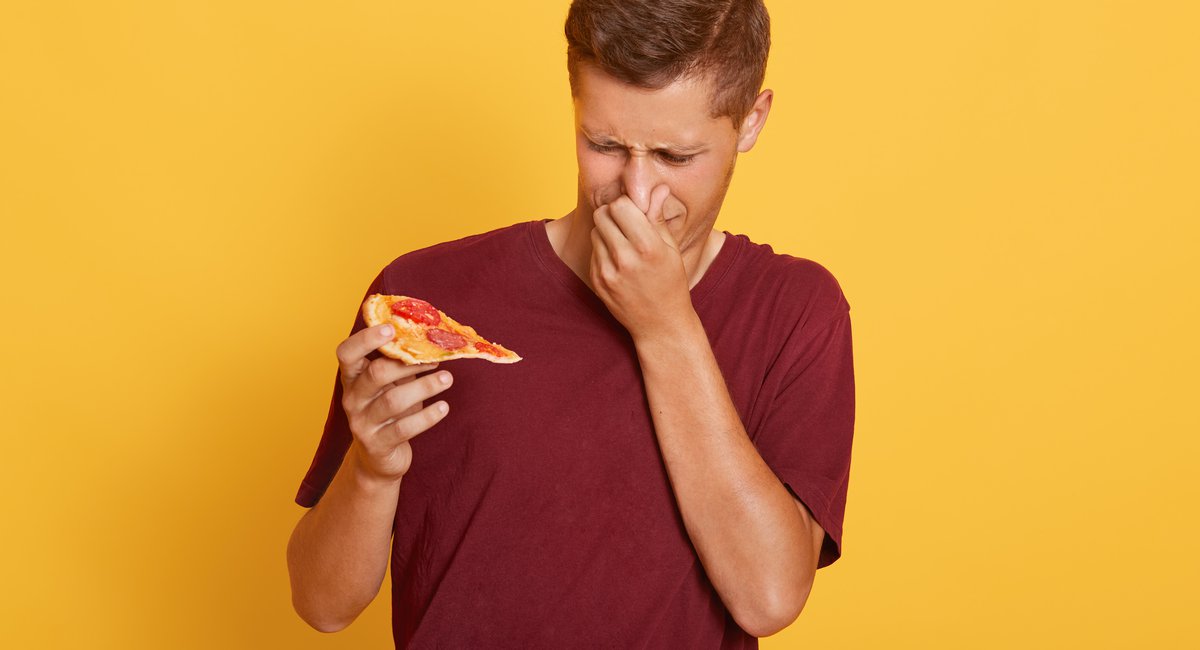 Brooke Viegut, a 25-year-old living in Washington Heights, first noticed something was off when she stepped inside her partner’s building last June.

“We walked in the front door, and the whole building smelled rancid,” she says, describing the smell as “rotten, burned meat slash flesh.” Her partner didn’t notice anything except a few whiffs of the neighbor’s cooking.

Viegut, like many afflicted by COVID-19, had lost her sense of smell when she got the coronavirus last March. This anosmia, as it is called, persisted for much longer than her run-of-the-mill symptoms, which dissipated after two to three weeks. At first, her smell perception came back muted. Then, scents that were once pleasant—or at least tolerable—started to smell so bad they made her stomach turn.

She eventually learned that she had a condition known as parosmia, or a distorted sense of smell. Cooking oil was one of her triggers. “There’s a bodega that makes a lot of fried food right next to my apartment, and I have to go the long way,” she says.

While large-scale studies show COVID-19 patients lose their smell about a quarter of the time, it’s unclear exactly how prevalent parosmia is. Yet, it’s a condition cited in a growing number of anecdotal reports among people with long COVID or chronic symptoms of the virus. Viegut says she has found support among thousands of others with similar stories in Facebook groups dedicated to the condition. She has also participated in studies on parosmia through the Smell and Taste Association of North America and AbScent, a UK-based organization devoted to odor disorders.

Chrissi Kelly founded AbScent after she came down with a sinus infection in 2012 that precipitated anosmia and subsequent parosmia. She says the disorder has gained increased attention among the general public and researchers since COVID’19’s arrival. She has surveyed people with parosmia and monitored their discussions online, and says she has noticed some common threads.

“They may notice it first with their coffee,” Kelly tells Gothamist/WNYC. “Coffee is one of the most potent triggers. It’s what we use in our own parosmia research. Meat is another typical one.” She listed a handful of other familiar aromas that become aggravating: Onions, garlic, eggs, cucumbers, peanuts, peanut butter, certain kinds of toothpaste.

Looking at their chemistry, some of these items share common odor compounds, while others are dissimilar. Kelly says people also often use similar language to describe their new perceptions.

“The smells parosmia triggers are smells that don’t exist,” Kelly says. “When people say it’s like the most disgusting rotten meat, I don’t think they mean it actually smells like rotten meat. I think they’re saying it smells as disgusting as rotten meat would smell.”

Viegut, who was recently interviewed along with Kelly in a series on parosmia on the Fatigued podcast, says the condition has severely limited her diet and changed how she navigates the city.

“For the first six months, I could do smoothies, but then fruit started tasting like sickly sweet chemicals,” Viegut said. She has come to rely heavily on sweets, and baked goods, which she acknowledges are not very nutritious. “Me and bagels are best friends at this point.”

Meanwhile, many old favorites had to go, and she rarely eats out anymore. “Chinese food as a whole is a no-go. Pizza is a solid no-go,” Viegut says. “I used to love going to Lucille’s in Harlem. They had really good ribs and great food, but I haven’t been in a long time.”

Her partner has agreed not to eat her trigger foods for 24 to 48 hours before seeing him. “If he does, his breath is nauseating to me,” Viegut says. “Even being with your person isn’t as comforting as it should be.”

And Viegut has had to adjust her behavior to being smell blind. She often can’t tell when there’s a particularly bad subway smell—something she says is “not necessarily a bad thing.” It means she has to be “a lot more vigilant visually because I can’t rely on my nose anymore.”

Parosmia can last anywhere from a couple of months to a couple of years, Kelly says. Some patients turn to smell training, which involves sniffing four different scents over and over again for months. Research shows such activity causes the nose’s nerve center—the olfactory bulb—to turn over its specialized scent sensors.

“It is like physiotherapy, and it’s even more closely related to stroke rehab,” Kelly explained on Fatigued. “In stroke rehab, you are there to establish new neural pathways.”

Kelly says mental health support must also be considered for those who suffer from the condition. “There’s something about this, something about smell that’s absolutely tied to your personality and sense of self, and when that starts to go wrong, it’s a global problem. It’s everywhere.”

Viegut, now a year out from her original coronavirus infection, tries to maintain hope for a full recovery from her parosmia. “It’s constantly changing, so to me that says something is happening, something is evolving, and there might be an end to this,” Viegut says.

In the News: Ana Villafañe to Guest Star on Younger, 6 New Short Ballet Works from ABT