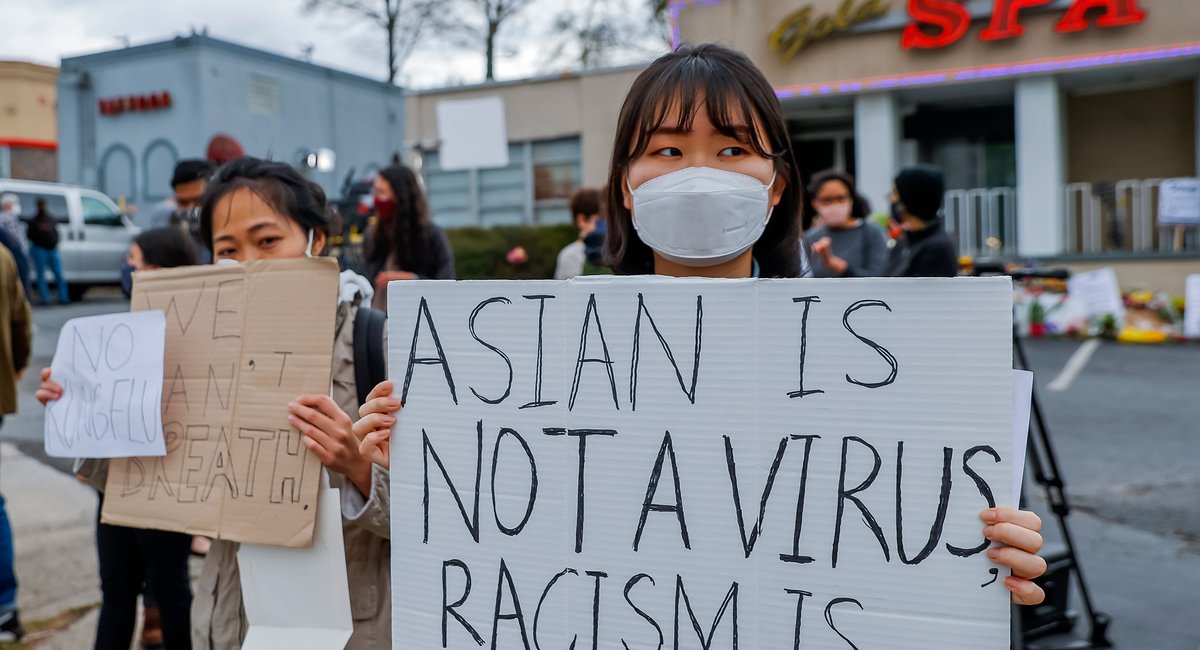 Ahead of several weekend vigils in New York City honoring the lives of eight people, including six Asian women, fatally shot at three Atlanta spas, an online memorial event underscored the connection between Asian women working in massage parlors and how that draws a type of racialized, gender-based violence.

Such a distinction lied at the core for an event organized by the New York City-based group Red Canary Song, which supports Asian and migrant sex workers or those employed at massage parlors. The group formed in response to the death of Yang Song, a Flushing massage parlor worker who died in 2017 after falling from a balcony during a police raid. The collective has been helping to led movements around the de-criminlization of sex work in New York.

During the vigil, speakers and activists said the attacks should be labeled racist and a part of the rise in anti-Asian violence since the start of the pandemic. But they also stressed the importance of understanding the massacre as rooted in the hyper-sexualization of Asian women and the violence that sex workers or anyone perceived to be doing sex work face.

“Whether or not they were actually sex workers or self-identified under that label, we know that as massage workers, they were subjected to sexualized violence stemming from the hatred of sex workers, Asian women, working class people, and immigrants,” said the group in a statement.

Atlanta authorities are investigating whether the shooting constitutes as a hate crime, but have said the shooter, Robert Aaron Long, claimed to have a sex addiction and saw the spas as “a temptation for him that he wanted to eliminate.”

“The most difficult thing about this kind of hate is that it was wrapped in something holy, something righteous. It is the oldest hate,” said Kai Zhang, a former organizer with Red Canary Song and a part of the New York State Assembly Asian Pacific American Task Force, who spoke at the event.

While not all massage parlors engage in sex work, 85% of work in the sex industry happens within parlors, according to a CUNY study on massage parlors in October 2019. The same study found women are often choosing such work, due to a very small number of employment options, but continue to face violence or aggressive policing as a result.

In speaking to the violence that workers face, organizers called for the legal rights of the profession to be respected. “We do not need more law enforcement. Time and time again more law enforcement did not lead to protection and safety,” Suraiya Sharker with the National Asian Pacific Women’s Forum, said at the virtual vigil.

In response to the Atlanta shootings, the NYPD are dispatching more officers from the counter-terrorism bureau to communities with large Asian populations. Mayor Bill de Blasio said that would include neighborhoods in Manhattan, Brooklyn, and Queens.

With more vigils this weekend, organizers hope that spaces will also hold time for real grieving instead of trying to explain to audiences why the multiple identities of these victims and women mattered.

“Right now, in this space, I don’t really want to talk about what systems failed us…I wanted to breathe them back into this space and together imagine them as real people…what motivated them, what thoughts, feelings, dreams, and anxieties did they have.”

Check out the Tony nominee Ariana DeBose above in the new R&H Goes Pop! music video to “Shall We…

More than a third of the city’s public school kids are enrolled in some form of in-person learning, …

“You have to find the silver lining in the crazy things that happen to you in life.” That’s a motto …