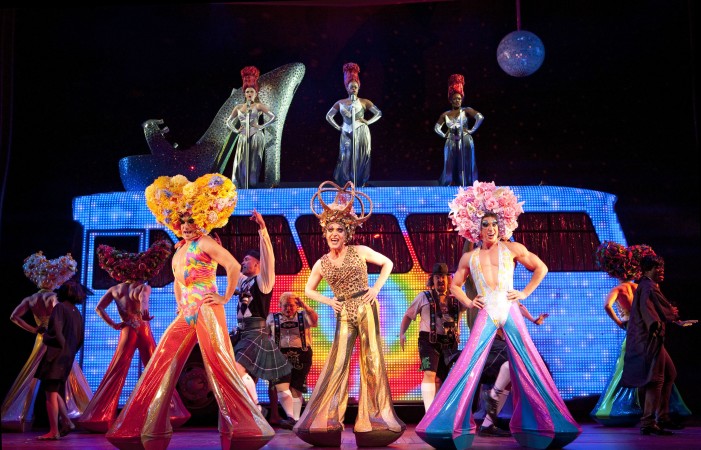 The stage adaptation of Priscilla, Queen of the Desert opened at the Palace Theatre March 20, 2011. The musical, featuring a book by Allan Scott and Stephen Elliott, played 23 previews and 526 performances before closing June 24, 2012. The production earned two Tony Awards, with Lizzy Gardiner and Tim Chappel winning for Best Costume Design of a Musical.

Based on the 1994 Oscar-winning film The Adventures of Priscilla Queen of the Desert, the musical follows the adventures of a trio of drag queens who journey across the Australian Outback.

Look Back at Will Swenson, Nick Adams, Tony Sheldon, and More in Priscilla Queen of the Desert

Developed for the stage by director Simon Phillips, Priscilla, Queen of the Desert featured choreography by Ross Coleman, production supervision by Jerry Mitchell, lighting design by Nick Schlieper, costume design by Chappel and Gardiner, and sound design by Jonathan Deans and Peter Fitzgerald with bus concept and production design and bus visual animation sequences design by Brian Thomson. Visit the Playbill Vault for the complete cast and creative team.

In the year since New York became the global epicenter of the COVID-19 crisis, there’s been no short…