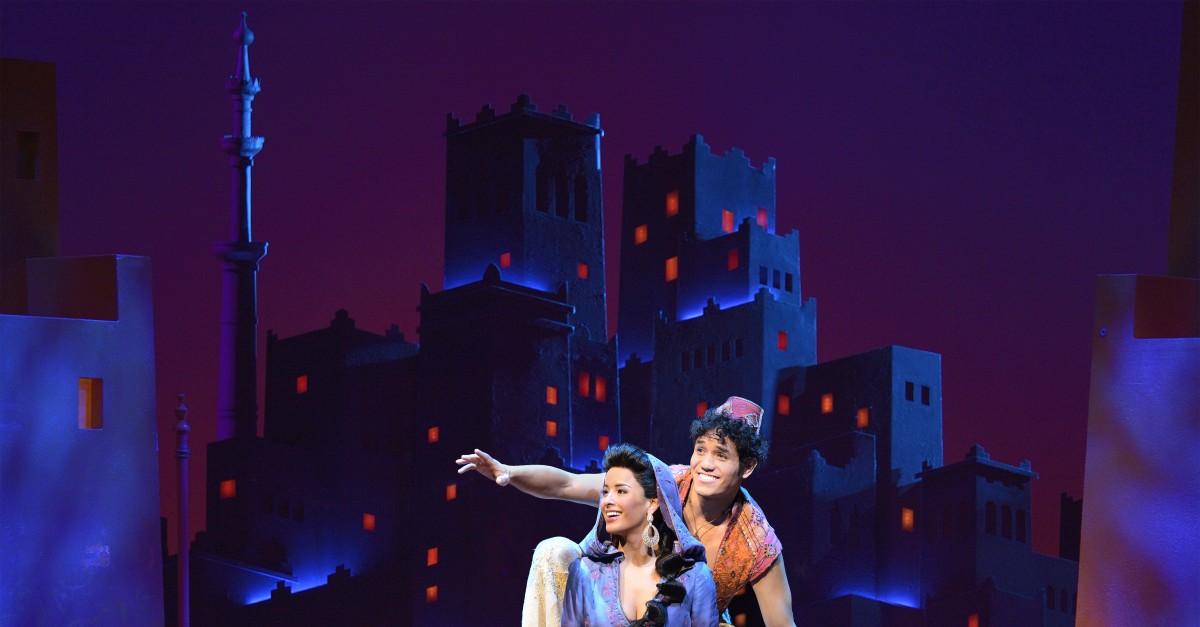 Disney’s Aladdin, which opened March 20, 2014 at the New Amsterdam Theatre, celebrates seven years on Broadway today. Aladdin, directed and choreographed Casey Nicholaw, was nominated for five Tony Awards including Best Musical, with James Monroe Iglehart winning Best Featured Actor in a Musical for his performance as The Genie.

Based on the 1992 animated film, the Disney Theatrical Productions musical tells the story of a street-smart commoner whose life changes when he meets a magical genie that can grant him three wishes. The musical features music by Alan Menken, lyrics by Howard Ashman and Tim Rice, and book by Chad Beguelin.

Read on for some recent theatre headlines you may have missed in today’s news. Tony Nominee Ce…

The world premiere of Waterwell’s June Rites!! will run June 18-27 at Picnic Point on Governor…