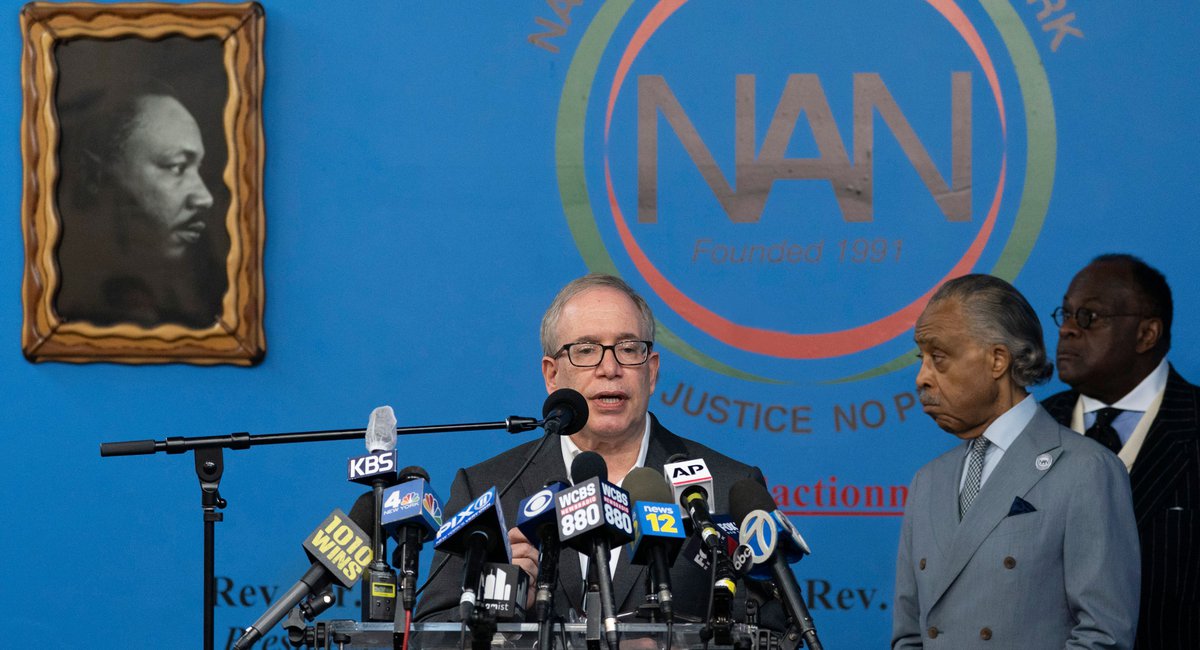 Stringer, the city’s comptroller who is considered one of the leading contenders in the race, said his plan would help alleviate the burdens of childcare on working families.

But the slate of proposals come with a hefty price tag—more than $1 billion, according to Stringer’s campaign. The Department of Education currently has a $34 billion budget.

He is hoping to pay for the plan by drawing on the anticipated $6 billion in federal stimulus aid, implementing a payroll tax on certain businesses, reducing “bureaucratic headcount” in the city’s education department (in other words, administrative layoffs), and counting on the passage of a package of bills in Albany that seeks to raise $50 billion for the state by increasing taxes on the wealthy.

Stringer introduced his plan during a Zoom forum organized by the Association for a Better New York. This was the same platform in which Bill de Blasio unveiled his idea for universal pre-K during his first run for mayor. Universal pre-K is often talked about as one the mayor’s strongest legacies.

“We are at a crossroads,” Stringer told the members of the prominent civic group.“But I believe that if we meet this moment with purpose, with vision, and proven ability to get things done, we can move forward out of crisis and into a brighter, fairer, more equitable future for our city.”

Stringer is believed to be seeking the endorsement of the teacher’s union, which has 200,000 members and is one of the key labor groups that have yet to back one of the mayoral candidates. His announcement came after Politico on Thursday reported Andrew Yang as saying he blamed the teacher’s union for the slow reopening of schools in New York.

During his forum appearance, Stringer attacked Yang for his remarks, raising a criticism made earlier in the race that Yang had left the city in the spring during the height of the pandemic for his second home in the Hudson Valley.

“Perhaps Mr. Yang wouldn’t have tried to score cheap political points at the expense of our teachers if he had come back this fall, and seen them take their lives in their hands again to go back to school, when no other big city in America was doing it,” he said.

Of the candidates, only Stringer and Yang currently have children enrolled in public schools.

In a broader dig at Yang, who has topped recent polls, Stringer said: “We don’t need another leader who tweets first and thinks later.”

Other candidates also weighed in. “To move forward and get out of this crisis, we need solutions that include our teachers, not blame them,” said Shaun Donovan, in a press release.

Eric Adams, the Brooklyn Borough President who is also a leading mayoral contender, criticized Yang in a tweet. “Attacking teachers is just wrong,” he said.

The @UFT represents nearly 200,000 of our City’s educators, paraprofessionals, school counselors, nurses, & more — NYCers who’ve risked so much & fought so tirelessly to protect our kids. Attacking teachers is just wrong.

I won’t stand for that.https://t.co/KPnMTHWtVz

Stringer, who has sought to cast himself as the candidate who has the deepest knowledge on municipal policy and government, presented his education proposals in a 27-point, 47-page report.

The list of policy ideas includes ones that could well attract middle and low-income families that have traditionally relied on the city’s public school system.

He is proposing to spend $600 million a year to potentially triple the number of infants and toddlers in city-financed daycare programs, an expansion that he said would “sharply reduce child care costs for as many as 70,000 working families.”

In a plan that addresses the chronic complaint of overcrowded classrooms, he said he would require two teachers in K-3 classrooms, at a cost of $370 million annually. Currently, only classes that serve students with special learning needs are required to be staffed with two teachers, although schools can hire additional teaching aides.

He also pledged to triple the number of social workers in the public school system, partly to address the emotional strain the pandemic has inflicted on children who have had their learning interrupted through remote learning.

His answer for tackling segregation in the city’s school system, considered the biggest issue among education advocates, would be to require school districts to meet diversity standards, change the admissions process for the city’s elite high schools to be based instead on a state exam, and eliminate gifted and talented testing for four-year olds.

But in a position that will likely rankle some education experts, he is not in favor of eliminating all academic screening for high school and middle school students. Instead, the plan calls for limiting or reviewing screens at those grade levels.

He would, however, continue de Blasio’s recently introduced policy of ending admissions standards that rule out students based on where they live.

In a proposal addressing the needs of older students, he called for making CUNY’s seven community colleges, which offer associate degrees, tuition free for the 92,000 students who attend them, a plan that he estimates would cost approximately $135 million.

Dress Circle Publishing releases of The Untold Stories of Broadway, Volume 4, the latest in a series…