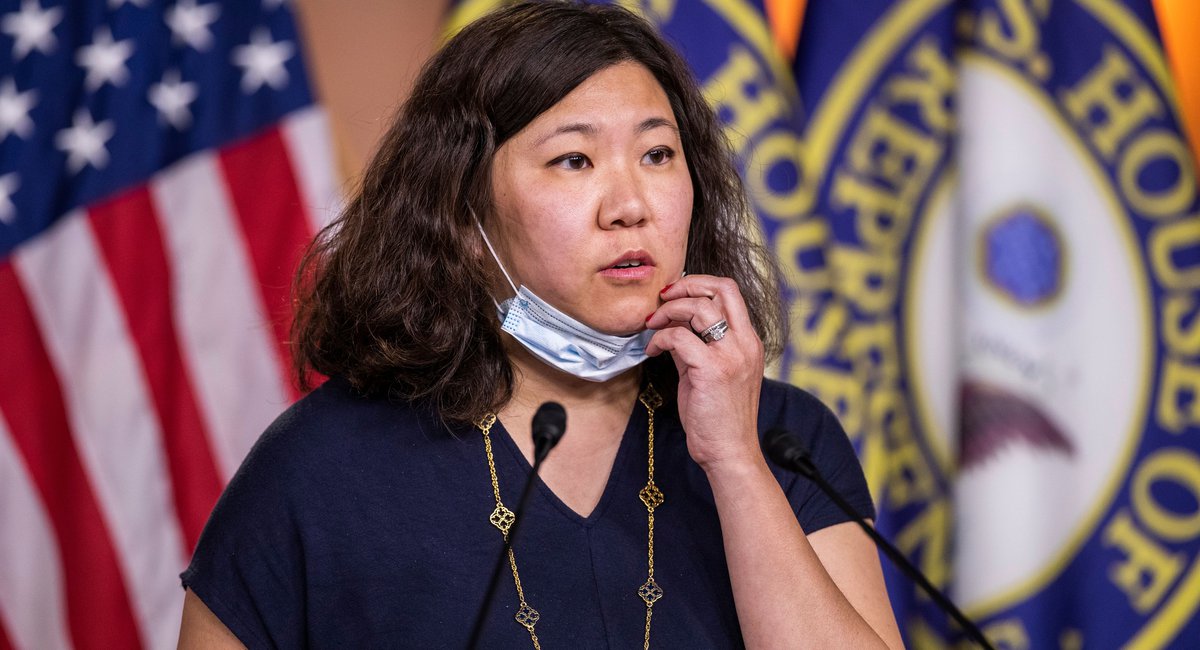 The House Judiciary Committee held Congressional hearings Thursday to address the nationwide surge in violence against Asian Americans during the pandemic. The hearings had already been scheduled before Tuesday’s shooting spree in Georgia that left eight people dead, six of them Asian-American women. The attacks, it seemed, led to increased tensions in the committee room, rather than bipartisan efforts to quell the rising tide of anti-Asian sentiment and consequent violence.

Any hopes that the shootings would bring Democrats and Republicans closer together evaporated just minutes into the hearings.

“I think the Chinese communist party running the country of China, I think they’re the bad guys,” said Rep. Chip Roy (R-Tx), who invoked a lynching metaphor in an appeal to Texan justice. He bristled at the suggestions from his Democratic colleagues that former President Trump and other Republicans had stoked violence by scapegoating China during the pandemic.

“There’s old sayings in Texas about find all the rope in Texas and get a tall oak tree. You know, we take justice very seriously, & we ought to do that. Round up the bad guys.” — here’s Rep. Chip Roy (R-TX) glorifying lynchings during hearing on violence against Asian-Americans pic.twitter.com/uy5irfmJCo

This brought a furious response from the New York Rep. Grace Meng (D-NY) who represents parts of Queens and is the first Asian American to have been elected to Congress from the city.

“Your president and your party and your colleagues can talk about issues with any other country that you want,” said Meng. “But you don’t have to do it by putting a bull’s-eye on the back of Asian Americans across this country. On our grandparents! On our kids. This hearing was to address the hurt and pain of our community! To find solutions. And we will not let you take our voice away from us!”

The Congressional hearings, according to Rep. Steve Cohen (D-Tn.), were the first to address anti-Asian violence since 1987. At the time, Rep. Don Edwards, a California Democrat, noted the rising numbers of Asian Americans as well as the “current trade tensions with Asian nations” had allowed Asian Americans to stand out as “prime targets for prejudice and violence.”

These included attacks against Indian Americans in New Jersey as well as the 1982 killing of Vincent Chin, a Chinese-born resident of Michigan who was attacked by two white men who thought he was Japanese and scapegoated him for the job losses in the automotive industry. The incident galvanized the Asian-American community, but Democrats in Thursday’s hearing argued that little had changed since then.

“Just recently, in a committee hearing, some of my colleagues across the aisle continued to call it the ‘China virus,’” said Rep. Pramila Jayapal (D-Wa.). “And now, here we are, continuing to see a huge surge in hate crimes and violence targeting most particularly Asian women.”

Actor and part-time New Yorker Daniel Dae Kim, who has been vocal about anti-Asian bigotry, urged Congress to pass legislation that would make it easier for victims to report hate crimes. He also took a swipe at obstructionists.

“I’m not naive enough to think that all of you will stand up for us. Trust me, I’ve seen your voting records. I’m speaking to those for whom humanity still matters.”

Kim was referring in part to the House resolution condemning hatred towards Asian Americans, passed in September in a 243-164 vote. The vote was almost completely along party lines, with most Republicans refusing to sign on. The resolution, sponsored by Meng, specifically says, “Whereas the use of anti-Asian terminology and rhetoric related to COVID–19, such as the ‘Chinese Virus’, ‘Wuhan Virus’, and ‘Kung-flu’ have perpetuated anti-Asian stigma.” (At the time, Meng shared some of the racist, hateful voicemails she received, from Americans who opposed the resolution.)

Rep. Ted Lieu (D-Ca.) on Thursday specifically asked his Republican colleagues not to use the terms, pointing out it’s not about policing speech.

“I am not a virus,” he said. “And when you say things like that, it hurts the Asian American community.”

The hearing comes amid a spike in assaults on Asian Americans nationwide. A report released by the Stop AAPI Hate said the center received nearly 3,800 incident reports between March 2020, and February of this year. And a study just published in the American Journal of Public Health found that the use of the hashtag “#chinesevirus,” which appeared Trump used the term, has led to great stigmatization of the Asian American community.

Arun Venugopal reports for the Gothamist/WNYC Race and Justice Unit where he covers bias and hate crime. If you have a story for Arun, reach out to him at avenugopal@wnyc.org

Jersey Boys Will Return to London's West End This Summer