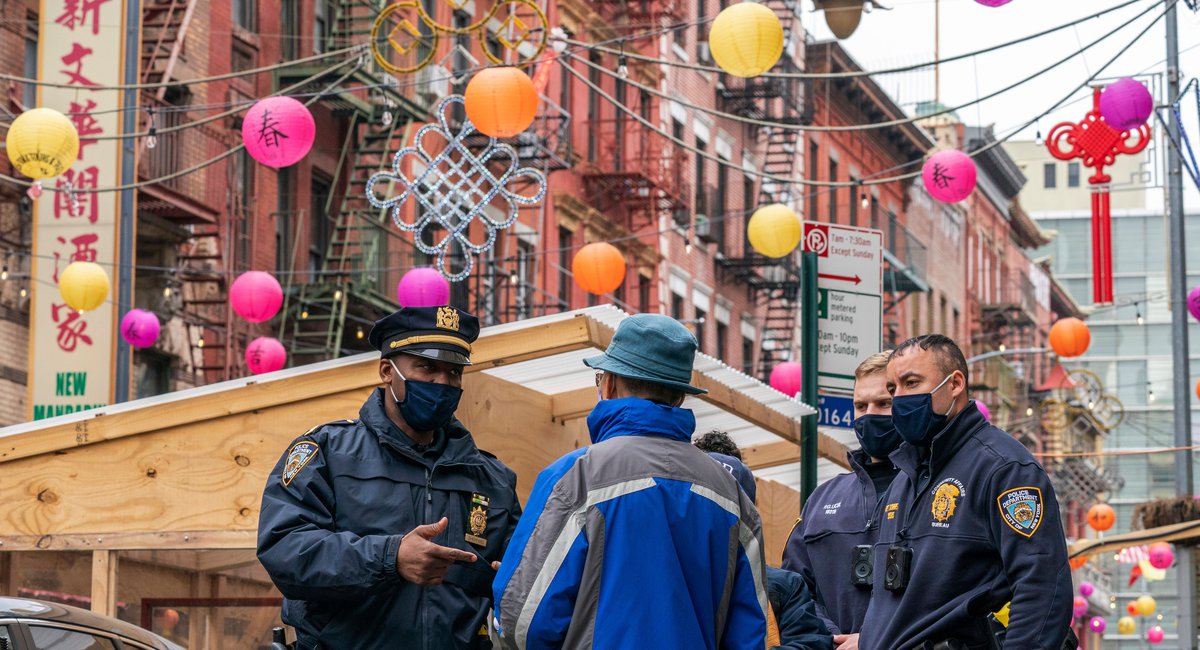 The shooting deaths of eight people in Georgia, including six women of Asian descent, have reverberated within Asian communities nationally, including those in New York City, which has seen a surge in anti-Asian violence since the early days of the pandemic last year.

“It’s really sick that we have to even ask to be seen as human,” said Yuh-line Niou, a Taiwanese-American member of the New York State Assembly who was distraught by the attacks and urged the public to recognize the worth of the victims.

“These are somebody’s mom, aunts, daughters, nieces,” said Niou, “these were people who lost their lives when they were just trying to work. And they were doing really hard work too.”

Asian Americans across the country have been confronting a rise in bias incidents, violent attacks and hate crime over the last year, a trend the Biden White House, the United Nations, and many community leaders attribute, in large part, to xenophobic language deployed by former President Trump associating COVID-19 with China.

Trump even used an anti-Chinese slur during his interview this evening on Fox, just before news trickled out of a mass shooting in the Atlanta area that apparently targeted Asians and left 8 people dead pic.twitter.com/UY56F9WWxY

The NYPD reports the number of hate crimes in the city rose to 28 in 2020, compared to three the year before. The Asian American Federation has counted at least 500 bias incidents reported on its website, from early 2020 through February, and the organization estimates many there are more that have gone unreported.

Following the shootings in Georgia, the NYPD’s counter terrorism bureau tweeted that there is no known nexus to New York City as of now, but said that it would be deploying counter-terrorism officers across the city. At a press conference Tuesday morning, Mayor Bill de Blasio added these officers would be stationed in communities with large Asian populations in Manhattan, Brooklyn, and Queens.

Last year, the department launched the Asian Hate Crime Task Force which is composed of 25 volunteers. The volunteers speak 11 different languages, and are assigned to various investigative units throughout the NYPD.

“When a potential hate crime involving an Asian victim occurs, an investigator from the unit is sent to the location to assist the lead investigator,” Sergeant Jessica McRorie, an NYPD spokesperson said in a statement. “Their involvement may include, but is not limited to, translation, establishing a rapport with the victim, assisting in canvassing in Asian neighborhoods and follow-up interviews. The assigned detective remains the lead investigator.”

But some have pushed for more from the task force, which was launched with the understanding that the group’s investigators would continue to do their regular casework and hop onto these cases from time to time.

“Why do you have volunteer officers handling this kind of stuff? Are we just a side project?” said Steven Lee, an NYPD sergeant, speaking in his capacity as a private citizen and not on behalf of the department. “We deserve the same amount of attention as other cases, so give us a real unit, give us a permanent unit, give us dedicated officers with resources that can actually help the situation.”

Lee added that some Asian residents may have difficulty in getting into touch with the NYPD. He suggested that the NYPD give the task force neighborhood centers in Manhattan’s Chinatown and Koreatown; Flushing, Queens; and Sunset Park, Brooklyn, so that residents can build face-to-face relationships with officers and have a clear place to go after a crisis.

Listen to Arun Venugopal and George Joseph discuss reaction to the anti-Asian violence with Sean Carlson on WNYC:

Echoing this concern, this morning mayoral candidate Andrew Yang called for the task force to be fully funded. And Councilmember Peter Koo, who represents Flushing, said in an interview that he will be meeting with members of the task force Thursday to determine their needs and whether they require additional funding. He is also calling  for prosecutors to take a stronger stance against people accused of hate crimes.

“We have to make the D.A. prosecute them to the fullest extent of the law,” said Koo.

But progressives within the Asian-American community, some of them aligned with Black Lives Matter, have repeatedly pushed back against increased enforcement, arguing that policing is not the answer and that funding should be directed to mental services and other social services.

City Councilmember Margaret Chin, who represents lower Manhattan, issued a statement today in which she called for facilitating “day-to-day interactions between communities,” an acknowledgement that some attacks against Asians have come from members of other communities of color.

Regarding law enforcement, she struck a delicate balance, stating, “We are not a monolith and our reaction to traumatic events is personal. If there are Asian community members whose fears are lessened by increased police presence, then I thank my district’s local precincts and Commissioner Shea for providing that relief.”