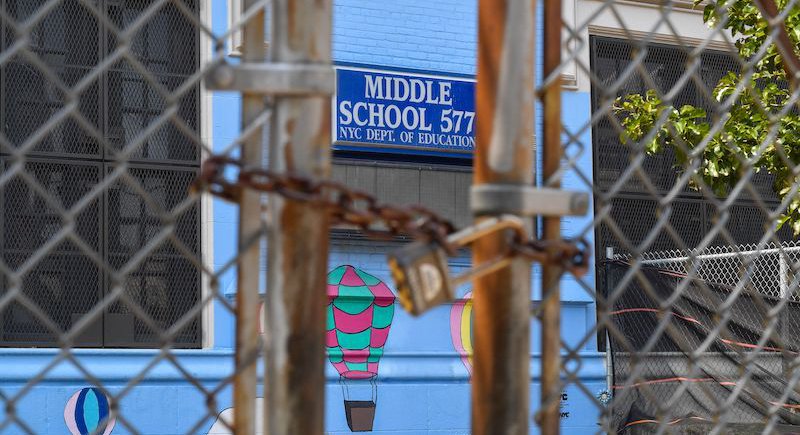 A year ago, New York shuttered all of its schools to keep the coronavirus pandemic from spiraling out of control. The decision made sense at the time, as children have long been the drivers of respiratory outbreaks such as influenza, measles, and whooping cough. COVID-19 bucks these trends—with kids recording far fewer cases, hospitalization, and deaths than older adults

A new slate of studies and public health advisories now raises questions about whether New York schools should ever shutter again—except during the most extreme COVID-19 surges. Together, they find that school closures may not have effectively reduced severe COVID-19 cases and deaths as expected.

In a study published on February 9th, researchers from Rensselaer Polytechnic Institute, the City University of Hong Kong, and the Chinese Academy of Sciences collaborated on a mathematical model that examined how coronavirus spread between New York City residents. After thousands of simulations studying the social distancing behaviors of different age groups in various settings such as home, public facilities, and offices, the scientists found that school closures alone weren’t remarkably helpful at preventing serious COVID-19 cases and deaths.

READ MORE: 80% Of Adults In NY State To Be Eligible For COVID-19 Vaccines This Week

The study focused on the amount of contact between younger and older New Yorkers, as children have higher survival rates while older citizens are more prone to serious cases and death. Since there’s less social contact between these two groups in the United States than in other regions of the world–say, East Asia, where kids more often live with grandparents–the effects of school closures are limited in New York.

“If elderly people are not protected in other places, the actual risk coming from the younger children is not as effective as what we would have expected,” said Dr. Zhang Qingpeng, an associate professor in data science at the City University of Hong Kong and one of the study’s authors.

If students can practice social distancing, wear masks, and get frequently tested, school openings may not lead to a major increase in infection rates. This takeaway comes from a new study of COVID-19 infections among students and staff at New York City Public schools last autumn. Released March 1st and led by the mayor’s senior health adviser, Dr. Jay Varma, the report found coronavirus spread in public schools was 8% to 35% lower than the general community. Compare only in-school kids versus the general public, and the reduction is even starker, ranging from 51% to 68% lower depending on the month.

READ MORE: NYC Public Schools With The Worst Attendance Are In Areas With Higher COVID Rates

“We’ve said that our public school buildings are some of the safest places in New York City—and we’ve got the numbers to back it up,” Mayor Bill de Blasio said in a statement March 10th. “Our school reopening plan has been hailed as the gold standard with good reason and has set a model for the rest of the nation.”

Experts across the country have reported similar findings. In Wood County, Wisconsin, public health researchers reported student mask-wearing rates were high, while COVID-19 rates among students and staff were lower than the county’s numbers. Among the 191 cases found in students and staff members, only seven cases – all found in students – were connected to in-school transmission.

“There has been little evidence that schools have contributed meaningfully to increase community transmission,” wrote several experts in the Centers for Disease Control and Prevention viewpoint piece from January. The CDC, instead, pointed to congregate settings—such as nursing homes and prisons—and high-density workplaces as the major sources of coronavirus spread.

Similarly, in New York City, the COVID-19 test positivity rate in city schools is low, at less than half a percent. Varma’s study shows increases and decreases in this rate tend to mirror what happens in the general population, suggesting that schools don’t drive community outbreaks but are rather sitting in the passenger seat. Similar patterns are seen internationally. The CDC now only recommends extra restrictions on school-based activities such as sports when infection rates are abundantly high in the community.

READ MORE: ‘What’s The Point?’: A Year After COVID Shut Down NYC Schools, Many Students Struggle To Cope

Hallas added that schools are more likely to become dangerous if students and faculty members don’t follow the CDC’s guidelines outside of the classroom. Factors like public transportation safety, the school building’s ventilation, the frequency of school testing, and social behaviors can also impact the virus’s spread. On Long Island, the Manhasset Secondary School temporarily shut its doors in mid-February after 38 students tested positive from parties that quickly became superspreader events.

“It’s not so much going to school that’s going to cause a spread, it’s going out and catching it in the community from somebody by doing behaviors that help you get it,” Hallas said.

Qingpeng said the mathematical model didn’t examine how reopening all schools at once would affect coronavirus rates; they mainly focused on the impact of closing them. His researchers also weren’t able to get as much epidemiological data in New York City as in other places with more surveillance, and Qingpeng noted that general mobility patterns could vary daily. Qingpeng said that users could update parameters to apply the model to other cities. The researchers published the model’s code on Github, so anyone can download and recalibrate it.

“While the immediate physical health is crucial, many children are going to be coming back to school having had experiences with family and community members getting very sick and dying,” Kemple said. “We should have professionals on staff who are available to provide counseling, community resources, or other kinds of mental health support.”

From Damn Yankees to Hello, Dolly!: Look at the Stage Highlights of Victor Garber

Many theatrical productions are based on written works, ranging from popular novels, to short storie…

Broadway has long found inspiration from other forms of art. Whether fairy tales, novels, movies, an…

Based on the 2007 film of the same name, Waitress tells the story of Jenna, a waitress and expert pi…